Veteran actor and badass baritone Clancy Brown is the latest name to join the frankly massive cast of John Wick: Chapter 4. Deadline broke the news, but unfortunately, the outlet had no concrete information about who the Shawshank Redemption star will be playing (let’s be honest, though, the chances are he’ll be a deadly assassin).

“I have been a fan of Clancy Brown’s since I can remember,” John Wick director Chad Stahleski said in a statement. “To have him be a part of this project is an honour. He will make a perfect addition to the world of John Wick!”

Brown joins a star-studded cast that includes Keanu Reeves who is returning as the titular hitman with a heart of gold, Donnie Yen, Hiroyuki Sanada, Rina Sawayama, and Marko Zaror. IT star Bill Skarsgård is also rumoured to be in talks to appear in the action movie as well. It seems we can’t go 48 hours without someone getting cast in John Wick 4. Just last month, it was announced that Ian McShane was returning as the deadly hotelier Winston.

In a statement made at the time, Stahleski praised McShane as an “indispensable” part of the John Wick universe. “I couldn’t be happier than to welcome Ian McShane back to John Wick: Chapter 4,” the director said. “He is not only an amazing actor but is an indispensable collaborator who has helped define the world of John Wick.”

Written by Shay Hatten and Michael Finch, John Wick: Chapter 4 began filming in Paris and Berlin in June. The production is expected to shoot over the rest of the summer with additional filming taking place in Japan and New York City. The initial plan was to film John Wick 4 and 5 back-to-back but delays to the production caused by the global pandemic put a stop to that plan.

For more action-packed globetrotting movie goodness check out our guide on how to watch the Bond movies in order. 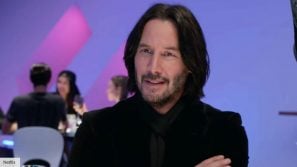