James Bond will return in… No Time to Die, though we’ve had to wait a little longer than expected. The secret agent, who first hit cinema screens in 1962 (nine years after Ian Fleming’s first Bond novel, Casino Royale, was published), has spent 24 movies defeating supervillains and criminal masterminds. Yet his biggest adversary over the past two years has been a worldwide pandemic, which has seen the latest flick’s release pushed back several times from early 2020 to (currently) September 2021.

The film will no doubt have many familiar elements – stunts, car chases, guns, evil plots, girls, quips, Bond’s stiff-upper-lipped British bosses – but while much has stayed the same for our suave super-spy over the past 60 years, there have been many changes too (and we don’t just mean the lead actor, a more enlightened role for the women, and fewer safari suits).

So get your tuxedo on, dig out your license to kill and join us on a multi-movie mission debriefing full of the vital need-to-know facts about each film.

How to watch all the James Bond movies in order 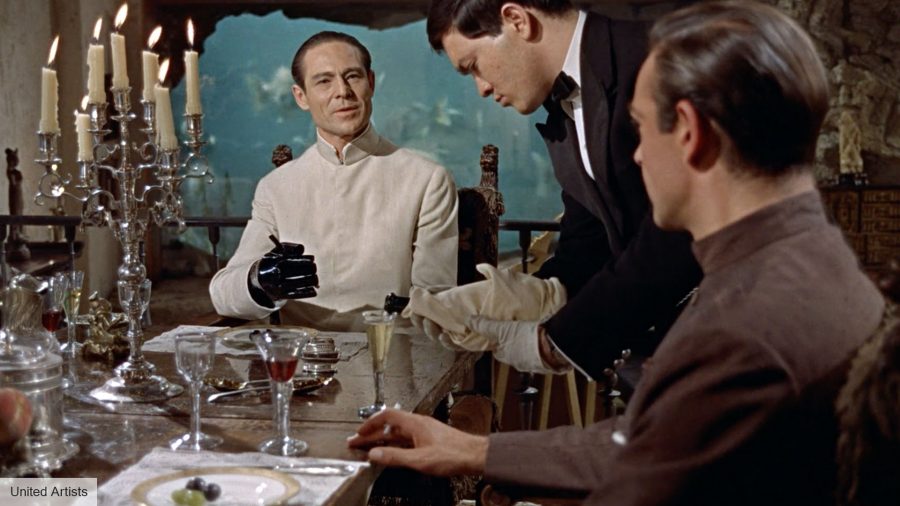 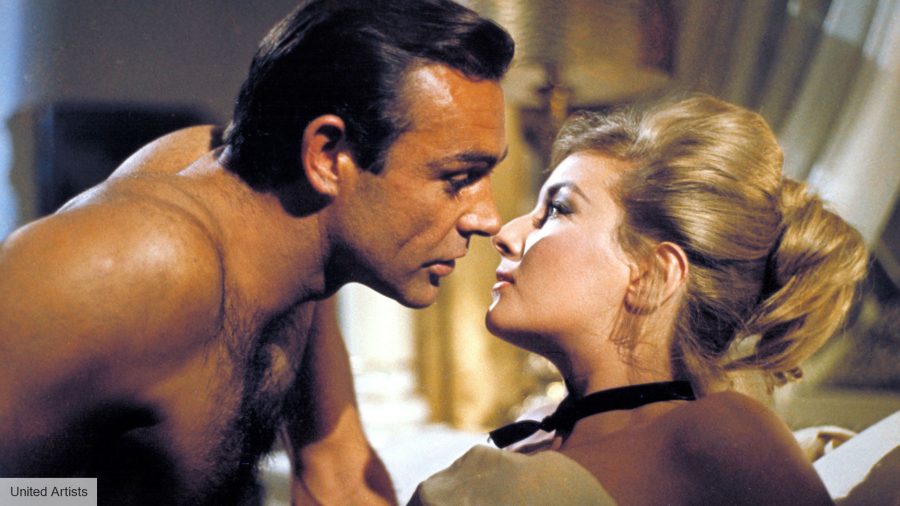 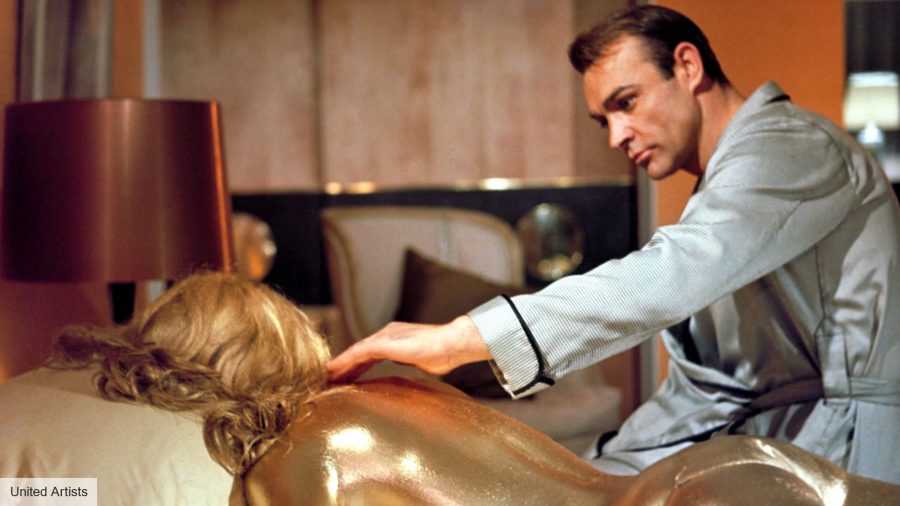 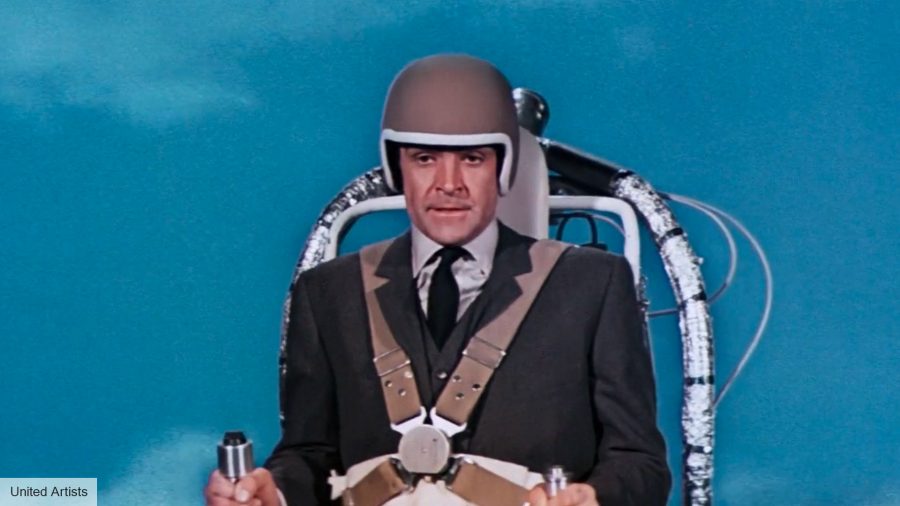 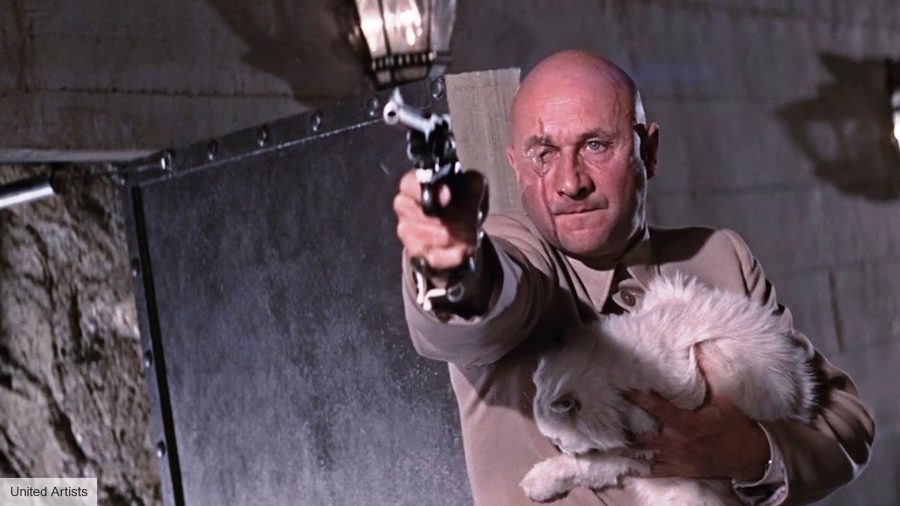 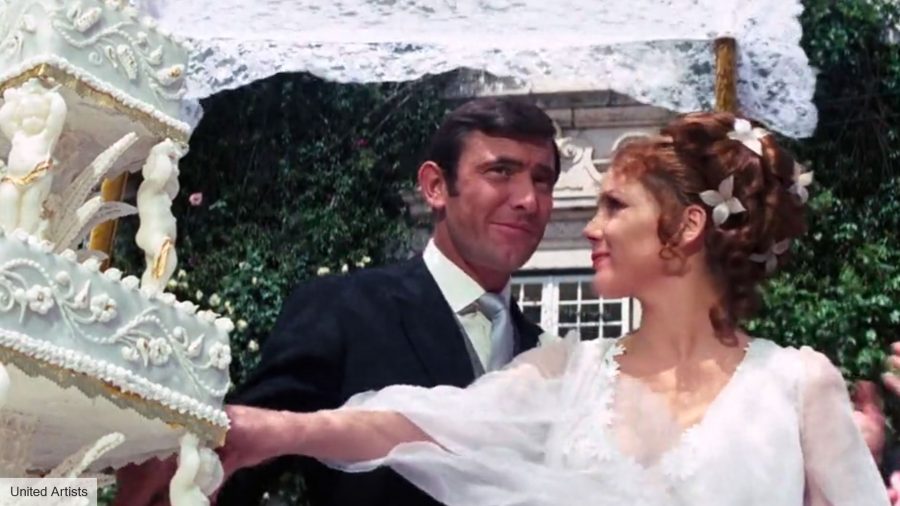 Bond: George Lazenby
Director: Peter R. Hunt
Theme song: On Her Majesty’s Secret Service
Main villain: Ernst Stavro Blofeld (Telly Savalas), this time pretending to be a therapist in a snowy mountaintop clinic, secretly hypnotising women to become his ‘Angels of Death’.
Top stunt: A bob-sleigh chase.
Memorable for: Bond marrying Tracy di Vicenzo (Diana Rigg) only to have her shot dead in the wedding car; Bond turning to the camera after a girl has run off from him, and saying, “This never happened to the other fella.” 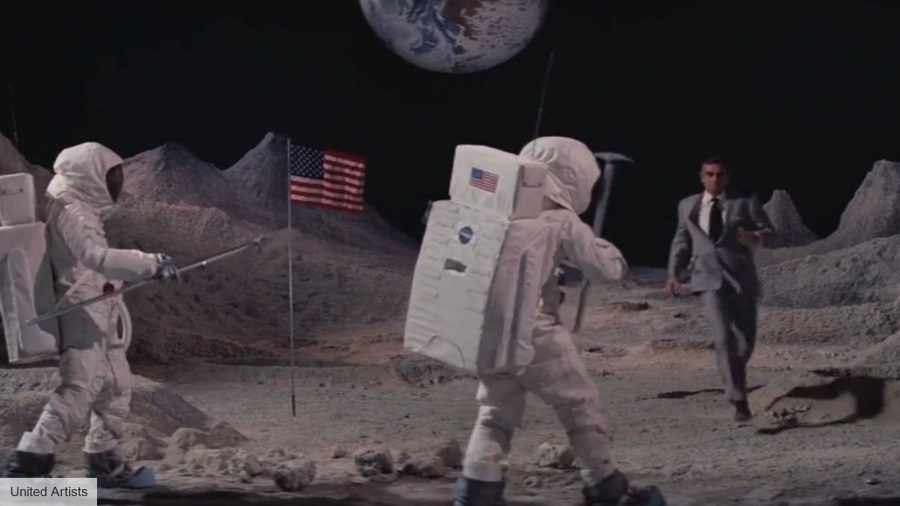 Bond: Sean Connery
Director: Guy Hamilton
Theme song: Diamonds are Forever performed, by Shirley Bassey
Main villain: Ernst Stavro Blofeld (Charles Gray), surgically creating clones of himself and using diamonds to power a space weapon.
Best stunt: A car chase in Las Vegas that ends with Bond flipping his car onto two wheels to get through a narrow alleyway (the car exits the alley on the opposite two wheels due to a miscommunication between stunt teams during filming)
Memorable for: Bond on the Moon (sort of… it’s a fake Moon); a car chase involving a moon buggy; Bambi and Thumper, two bodyguards who turn gymnastics into a fighting art; Connery returning to the role. 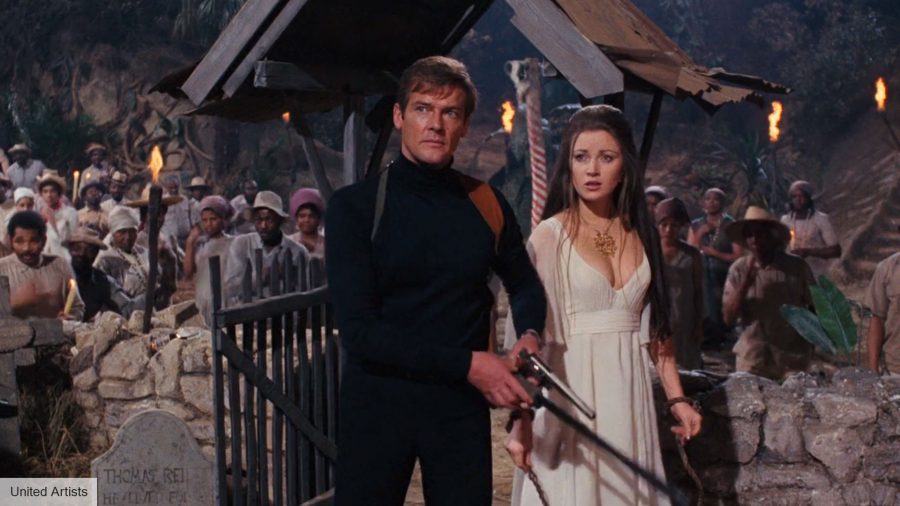 Bond: Roger Moore
Director: Guy Hamilton
Theme song: Live and Let Die, performed by Wings
Main villain: Dr Kananga (Yaphet Kotto), aka drug lord Mr Big, who plans to flood the US with heroin and create millions of new addicts/customers.
Top stunt: Bond escaping an island by jumping on the backs of crocodiles.
First appearance: Bond in a safari jacket.
Memorable for: A spooky voodoo vibe; tapping into the blaxploitation genre; a henchman with a metal claw hand; a comedy US cop; Moore’s eyebrow-raised quipping – though this film is quite dark in places, Moore’s era would become increasingly silly and ready to jump on cinematic bandwagons. 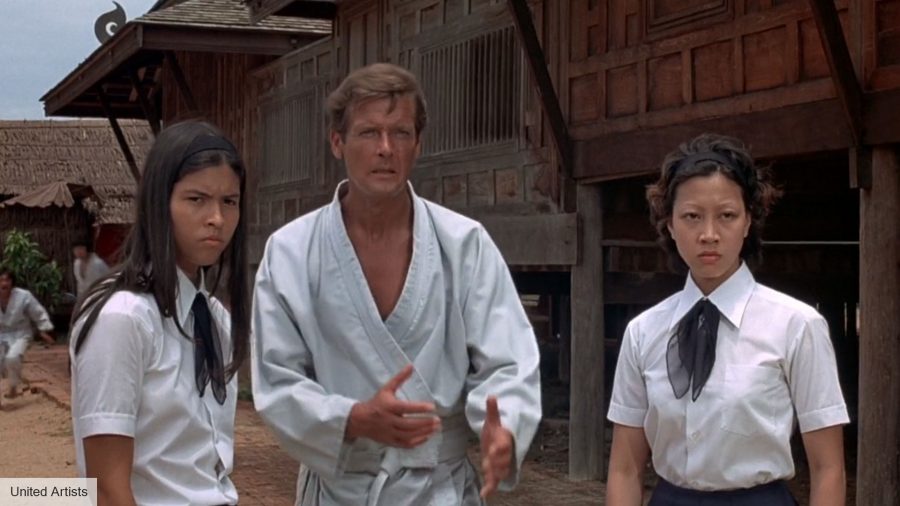 Bond: Roger Moore
Director: Guy Hamilton
Theme song: The Man with the Golden Gun, performed by Lulu
Main villain: Legendary hitman Francisco Scaramanga (Christopher Lee) who wants to pit his skills against the renowned James Bond.
Top stunt: Bond corkscrews a car while leaping a river.
First appearance: Bill Tanner, MI6 chief of staff (who’ll be played by various actors in coming films)
Memorable for: Not being called The Man With Three Nipples (Scaramanga’s other claim to infamy); a theme song perfect for the innuendo of the Moore years (“He has a powerful weapon”); return of the comedy US cop; martial arts action; Nick Nack, Scaramanga’s dwarf manservant. 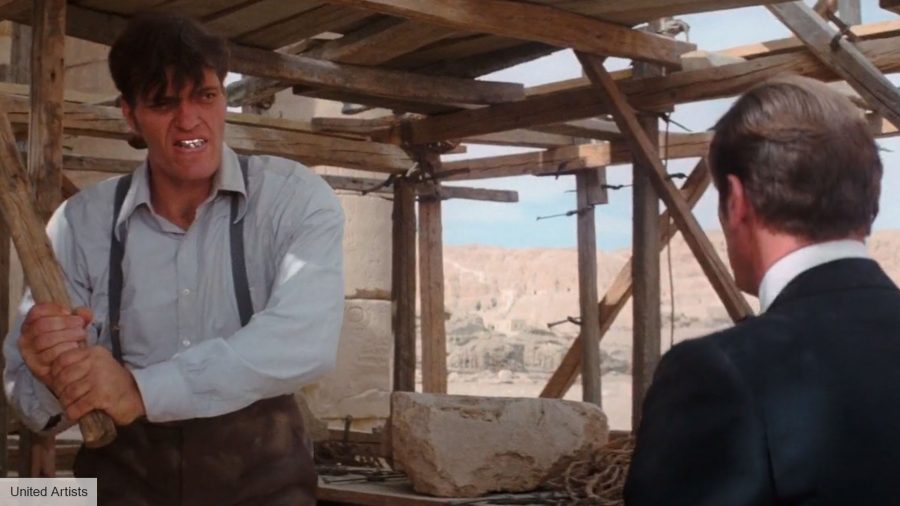 Bond: Roger Moore
Director: Lewis Gilbert
Theme song: Nobody Does it Better, performed by Carly Simon
Main villain: Shipping magnate Karl Stromberg (Curt Jürgens) who wants to drown humanity and create a new world under the sea.
Top stunt: Bond skiing off a cliff, then halting his fall with a Union Jack-emblazoned parachute.
First appearance: Metal-toothed henchman Jaws
Memorable for: A magnificent villain’s lair that looks like a giant metal octopus rising out of the sea; a ship that opens at the front to swallow other ships; the innuendo-drenched last line: “Keeping the British end up, sir.” 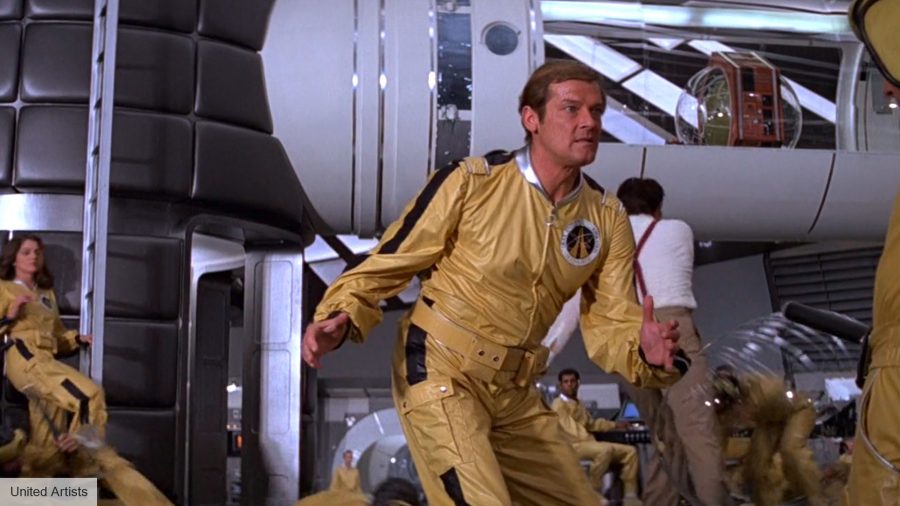 Bond: Roger Moore
Director: Lewis Gilbert
Theme song: Moonraker, performed by Shirley Bassey
Main villain: Hugo Drax (Michael Lonsdale), whose plan is the same as Karl Stromberg’s only set in space
Top stunt: Bond and Jaws fight on top of a cable car.
Memorable for: Bond in space; Jaws getting a girlfriend; being rushed into production after the success of Star Wars (For Your Eyes Only was supposed to be next); a gondola that turns into hovercraft; a pigeon doing a double take. 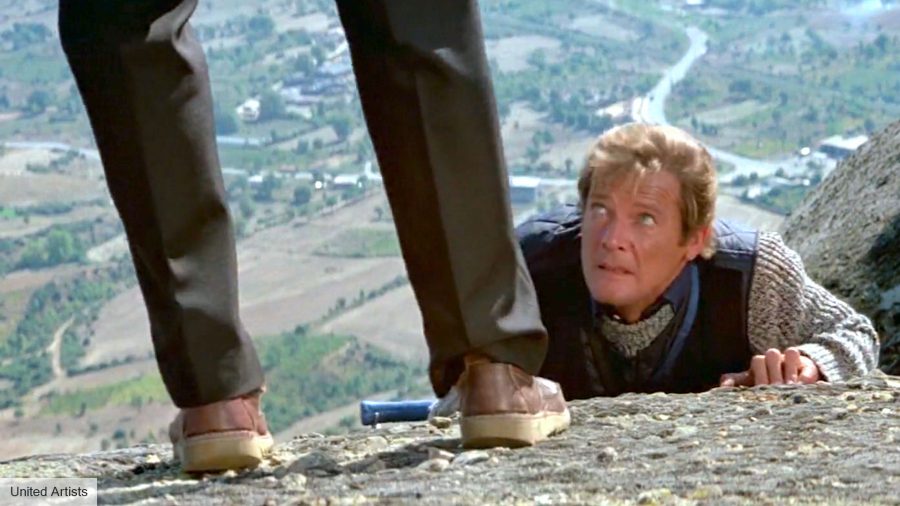 Bond: Roger Moore
Director: John Glen
Theme song: For Your Eyes Only, performed by Sheena Easton
Main villain: Smuggler Aristotle Kristatos (Julian Glover), who’s selling British military secrets to the KGB.
Top stunt: The pre-credit sequence with Bond clinging to a helicopter being remotely controlled by (possibly) Blofeld
Memorable for: Not much, but there’s a lot of water-based action, luxury yachts, and some ice hockey. 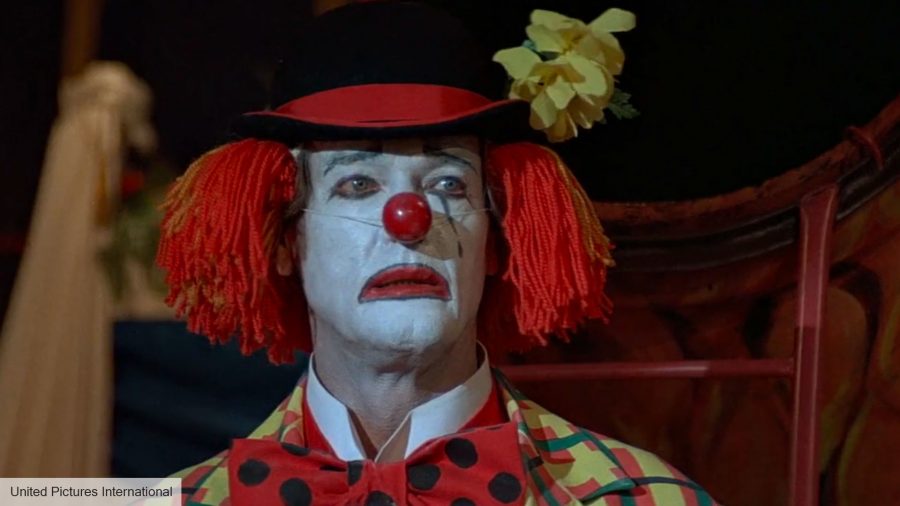 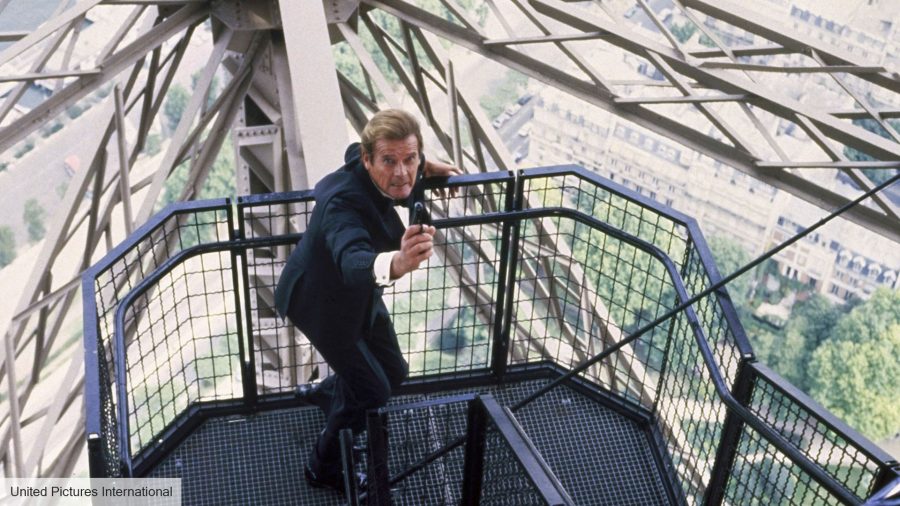 Bond: Roger Moore
Director: John Glen
Theme song: A View to a Kill, performed by Duran Duran
Main villain: Hi-tech industrialist Max Zorin (Christopher Walken), who plans to destroy Silicon Valley with an earthquake.
Top stunt: Bond chases henchwoman May Day up the Eiffel Tower.
Memorable for: Singer Grace Jones as Mayday; none of Moore’s stunt doubles looking like him; a villain with an airship; Bond driving a fire engine during a car chase; a fight on the suspension struts of the Golden Gate Bridge. 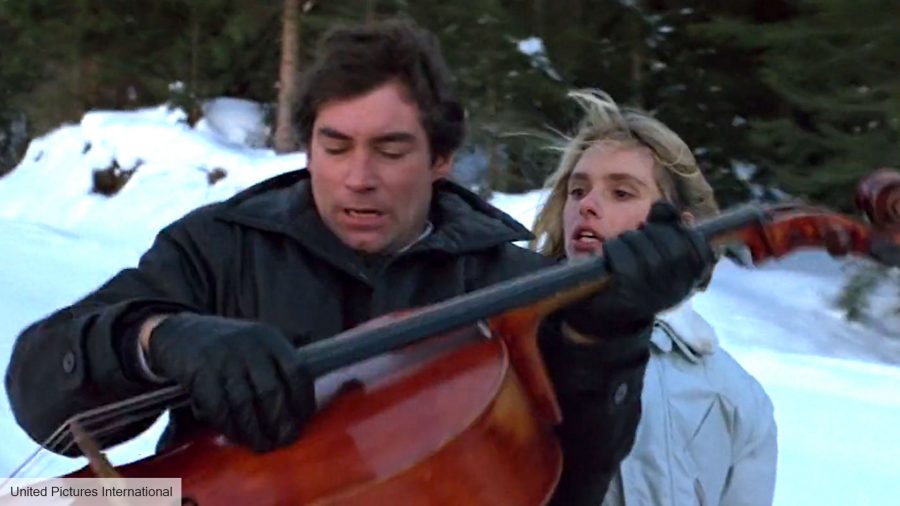 Bond: Timothy Dalton
Director: John Glen
Theme song: The Living Daylights, performed by A-ha
Main villain: Double-crossing Soviet General Georgi Koskov (Jeroen Krabbé) and arms dealer Brad Whitaker (Joe Don Baker) stir up the cold war to their own advantage.
Top stunt: Bond and Bond girl Maryam d’Abo escaping baddies using a cello case as a sledge.
First appearance: Caroline Bliss as Moneypenny.
Memorable for: Being an odd (but interesting) hybrid of Moore quippery and the more hard-nosed Bond to come; an excellent pre-credit action scene set on the Rock of Gibraltar; Bond fighting blond henchman Necros while hanging out of the back of a plane. 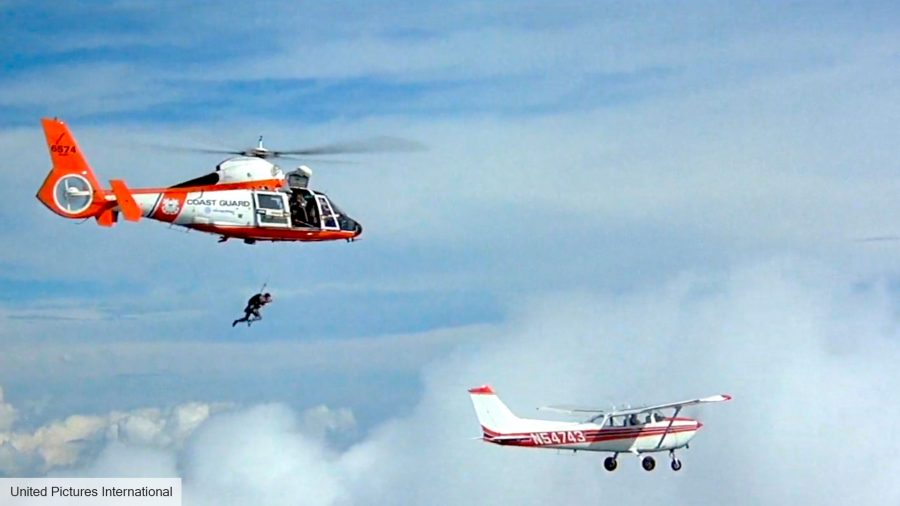 Bond: Timothy Dalton
Director: John Glen
Theme song: Licence to Kill, performed by Gladys Knight
Main villain: Drug baron Franz Sanchez (Robert Davi), who doesn’t have an evil scheme, exactly, he just annoys Bond.
Top stunt: A car chase along mountainous roads, only with bloody great tankers instead of cars.
Memorable for: Being one of the bleakest Bonds; Felix Leiter is mutilated by a shark; his wife killed on their wedding day; M demands Bond’s resignation when he goes off on a revenge mission; a very icky death when a man explodes in a decompression tank; it’s good, but is it Bond? 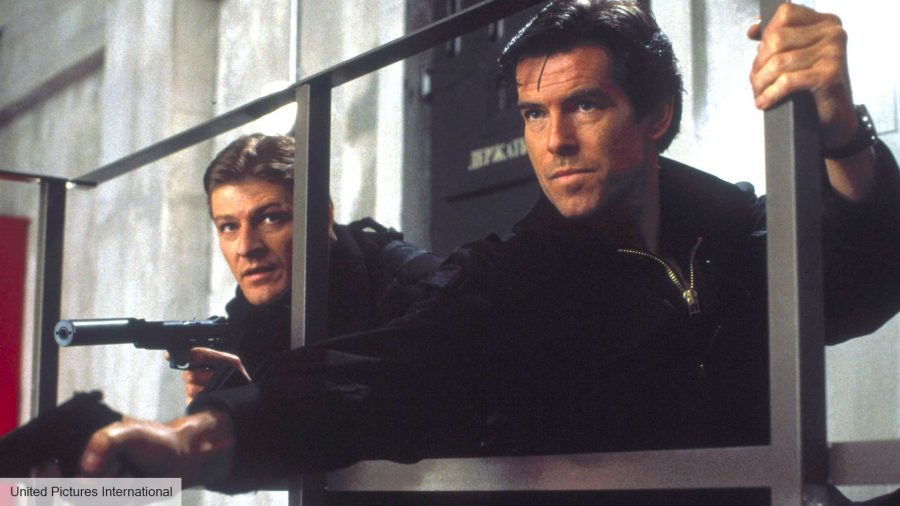 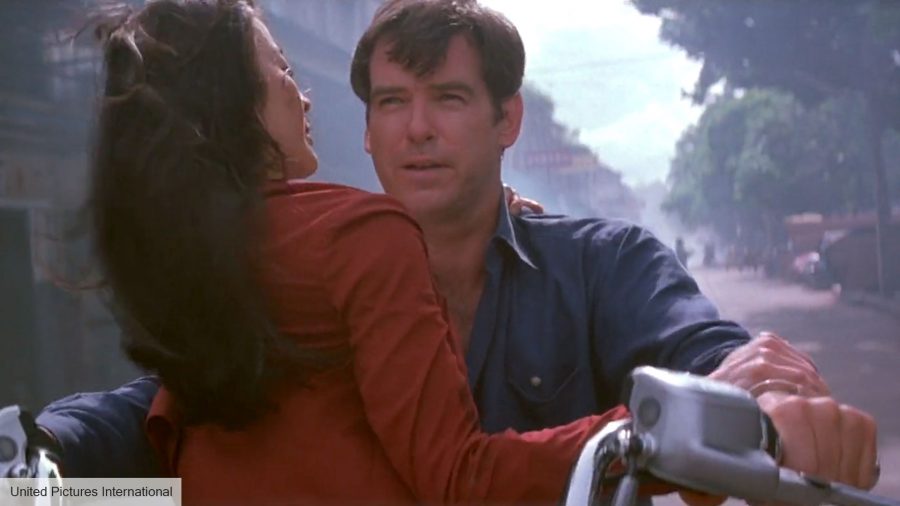 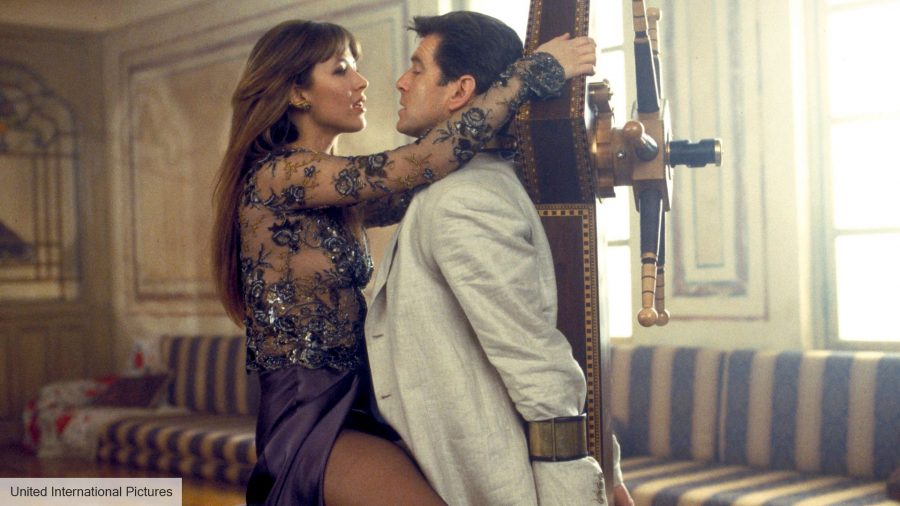 Bond: Pierce Brosnan
Director: Michael Apted
Theme song: The World is Not Enough, performed by Garbage
Main villain: Russian terrorist Victor ‘Renard’ Zokas (Robert Carlyle). Once shot in the head by agent 009 under orders from M, he survived but the bullet remains lodged in his brain, slowly killing him, but making him impervious to pain. He holds a bit of a grudge about this, so he kidnaps M.
Top stunt: A speedboat chase on the Thames showing off the newly built Millennium Dome.
First appearance: John Cleese as R (who becomes Q in the next film)
Memorable for: A helicopter causing carnage with a massive, dangling buzzsaw thing; Denise Richards as Christmas Jones. 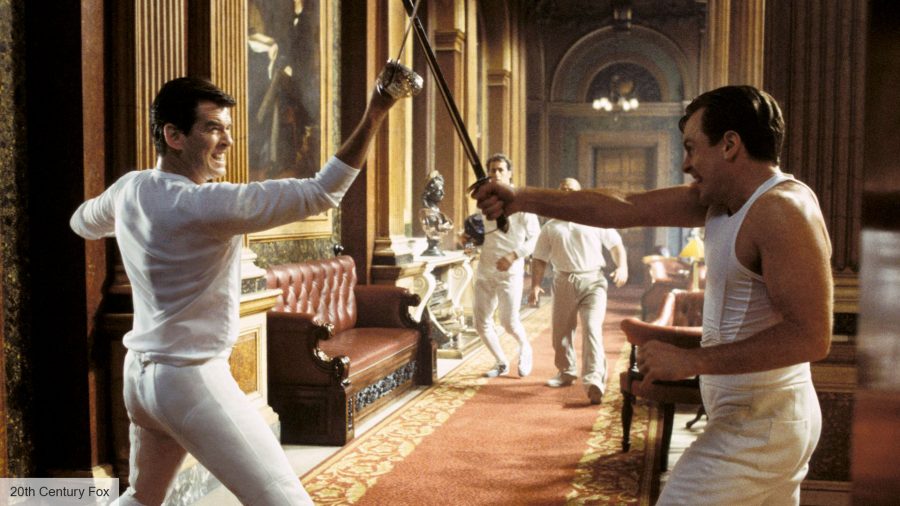 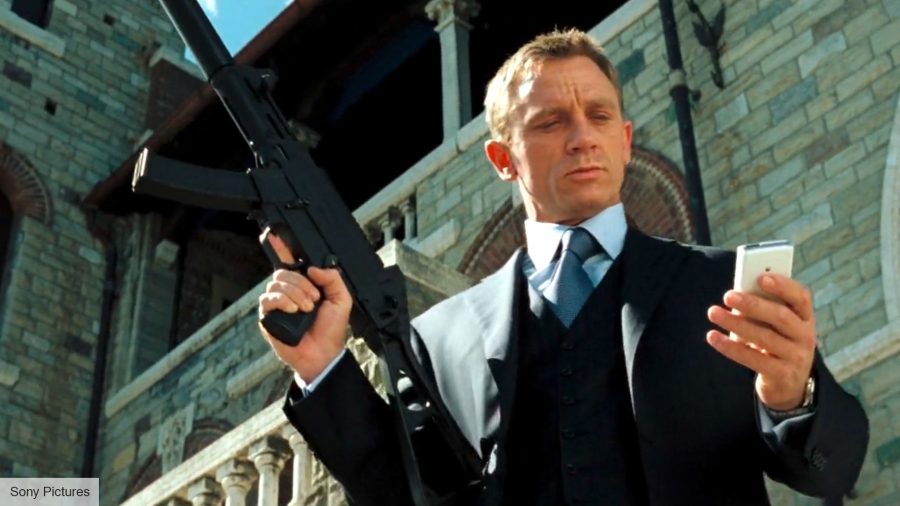 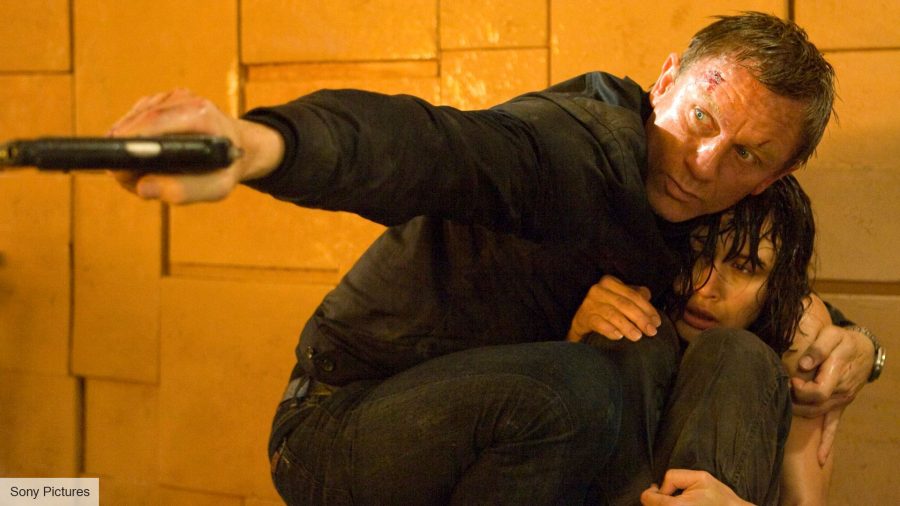 Bond: Daniel Craig
Director: Marc Forster
Theme song: Another Way to Die, performed by Jack White & Alicia Keys
Main villain: ‘Green’ industrialist Dominic Greene (Mathieu Amalric), a member of criminal organisation Quantum, with less than humanitarian designs on a patch of land in Bolivia.
Top stunt: An old-fashioned aeroplane dogfight with a Bond twist when 007 forces the pursuing plane into a deadly game of chicken with a canyon wall.
First appearance: Rory Kinnear as Bill Tanner, MI6 chief of staff.
Memorable for: The opening car chase which finishes with Bond opening the boot to reveal he has the man responsible for Vesper Lynd’s death tied up in there; a chase across the slidey, slate rooftops of Sienna. 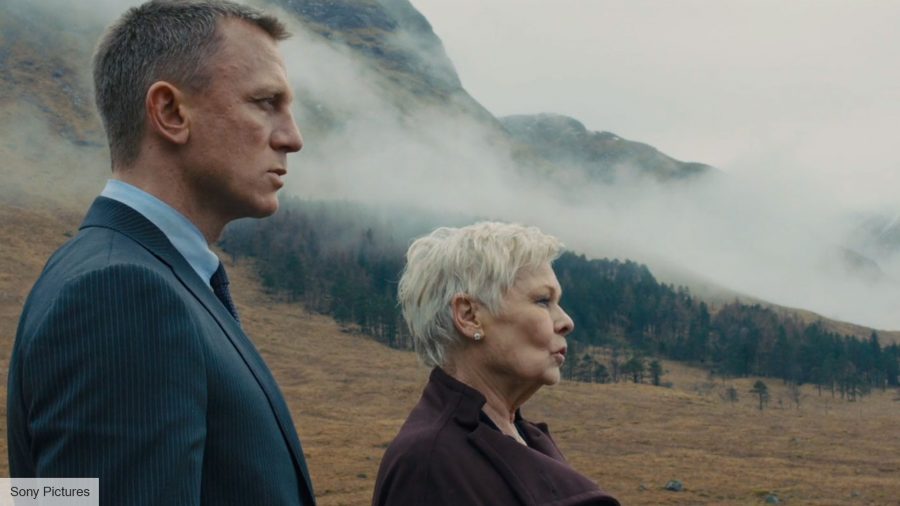 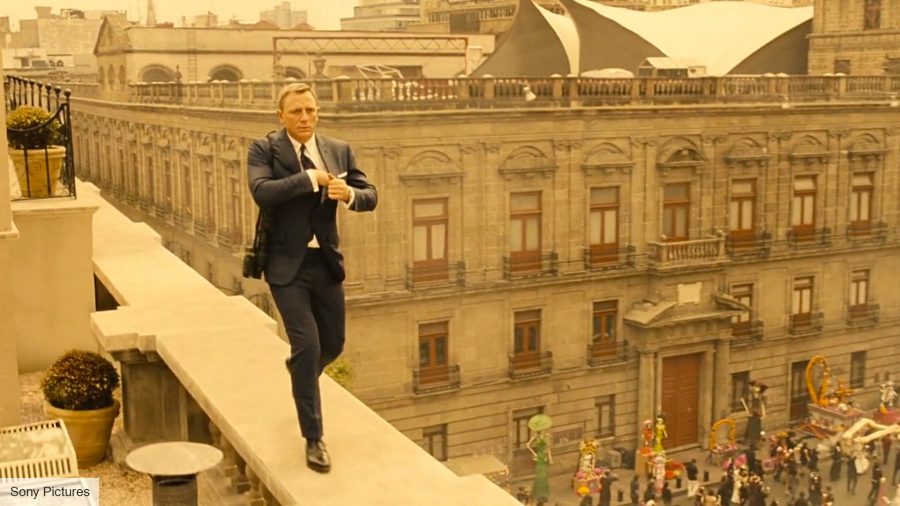 There have been two unofficial Bond films. The first was Casino Royale (1967), a spy movie spoof starring David Niven as the ‘original’ Bond and Peter Sellers as one of several pretend Bonds.

Like spoofs? Check out our best comedy movies here

Then there was Never Say Never Again (1983), a loose remake of Thunderball in which Connery returns to the role (the film acknowledging his advancing years). Produced by Kevin McClory, a producer on Thunderball who had managed to maintain the screen rights to that novel after a long legal battle, the film is an interesting curio but isn’t particularly memorable beyond that.

If you like Bond you’ll love our list of the best action movies or, if you need a break from all the explosions, check out our best animated movies guide.