Who are the best Game of Thrones characters? George R. R. Martin’s epic series of fantasy novels, A Song of Ice and Fire, ultimately spawned what is widely regarded as one of the best TV series of all time. Game of Thrones premiered in 2011, with eight seasons of the hit show, and the House of the Dragon prequel series now in the works.

Set predominantly in the fictional world of Westeros, the series brought to life a monumental ensemble of incredible Game of Thrones characters; from cruel kings and queens to valiant heroes. Whichever end of the scale these characters find themselves on, one thing is guaranteed; they all go on one hell of a journey.

Love them or hate them, there’s plenty of great characters to choose from when picking a favourite. That is, if they’re not killed off after one episode. But, who should sit on the Iron Throne? We took on the challenge of settling the debate once and for all with our definitive list of the best Game of Thrones characters.

Who are the best Game of Thrones characters? 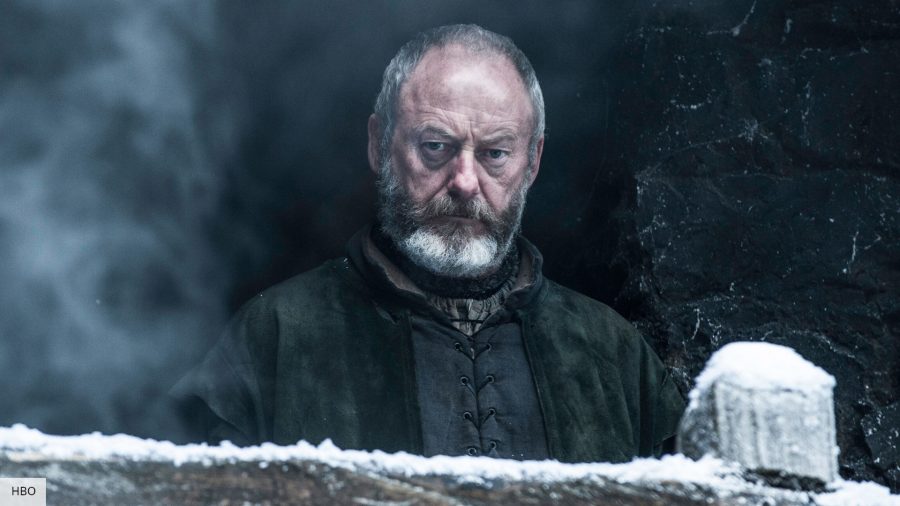 There aren’t many truly likeable characters in Game of Thrones, but for me, Ser Davos is the best of the best and I would like to be his friend. Quite possibly the nicest, most loyal and selfless character in the whole of Westeros, this man only wants what is right and just, and ultimately hopes to help bring peace to the kingdom.

Ser Davos is not a fighter, that’s for sure. But, that doesn’t stop him bravely serving his lords on the battlefield, as well as being a skilled tactician and wise counsellor, when called upon.

What makes Ser Davos one of the best Game of Thrones characters though, is his inherent goodness and his gentle nature. In a realm of violence and greed, Ser Davos is more concerned with the wellbeing of others. This trait is most notable in his endearing interactions with Shireen Baratheon, the young daughter of Lord Stannis, with whom Ser Davos forms a fatherly bond, and whose murder ultimately leads him to end his fierce loyalty to the House of Baratheon. 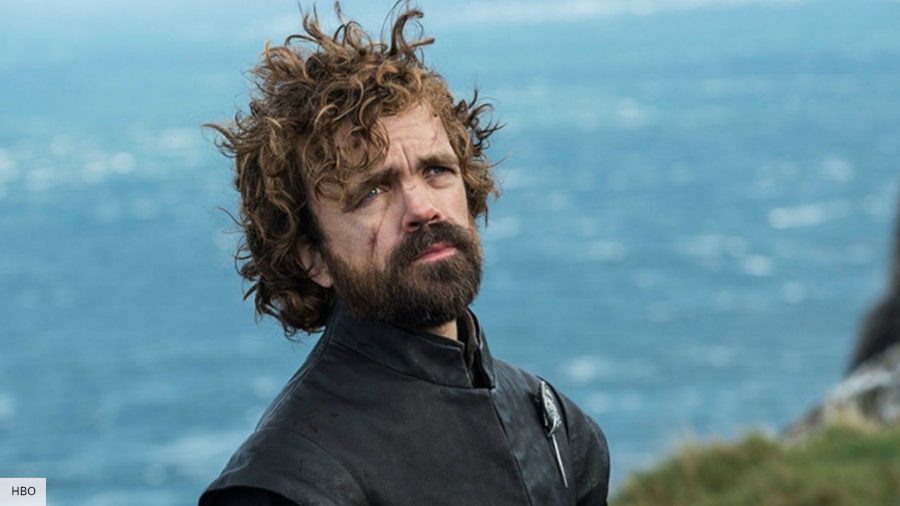 We love a tumultuous character arc, and very few go on quite the journey that Tyrion Lannister does. An outcast in his own family, and a source of ridicule for most of his life, it’s fascinating to witness the different bonds Tyrion forms over time and the lengths he goes to in order to ultimately unite the kingdom.

In the earlier seasons of Game of Thrones, Tyrion is mainly a source of comedic relief with his witty one-liners and raucous behaviour, but his story soon becomes a much more poignant one. By the time Tyrion kills his father at the end of season five, we are well and truly supportive of his actions. We have seen him carefully navigate a forced marriage to Sansa Stark, enduring the vicious bullying of his nefarious nephew, Joffrey Baratheon, and suffering the indignity of falling in love with a woman who was paid to entertain him.

From there on, Tyrion’s journey outside of King’s Landing is far from plain sailing. However, much like Ser Davos, Tyrion’s key focus is to bring peace to the Seven Kingdoms. His allegiance to Daenerys Targaryen allows him to showcase his tactical nous and diplomatic prowess, and prove that he was always worthy of being far more than just a butt of the joke. 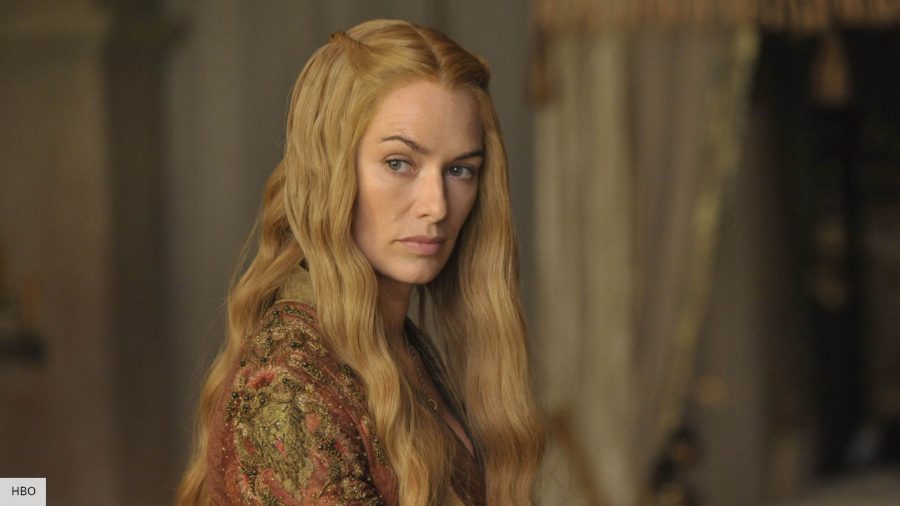 In total contrast to Tyrion, this Lannister remains fiercely loyal to the family name, right to the bitter end. Although, you could argue Cersei loves her family a little bit too much, if you know what I mean.

Cersei Lannister is an immovable object; pure evil, calculated, spiteful, detestable. But my word, you have to respect her. The sheer malice which motivates many of Cersei’s actions, whilst horrible for her victims, is absolutely outstanding entertainment for the neutral observer. This is largely down to the tremendous talents of Lena Headey, who imbues the character with an eerily-convincing wickedness.

The enduring determination of Cersei to cling to the crown is both admirable, and at times desperate. The downfall of Cersei at the hands of the High Sparrow is one of the only redeeming features of that particular strand of the show, and her eventual climb back to the top is symbolic of her unerring pragmatism and desire to see a Lannister on the Iron Throne. 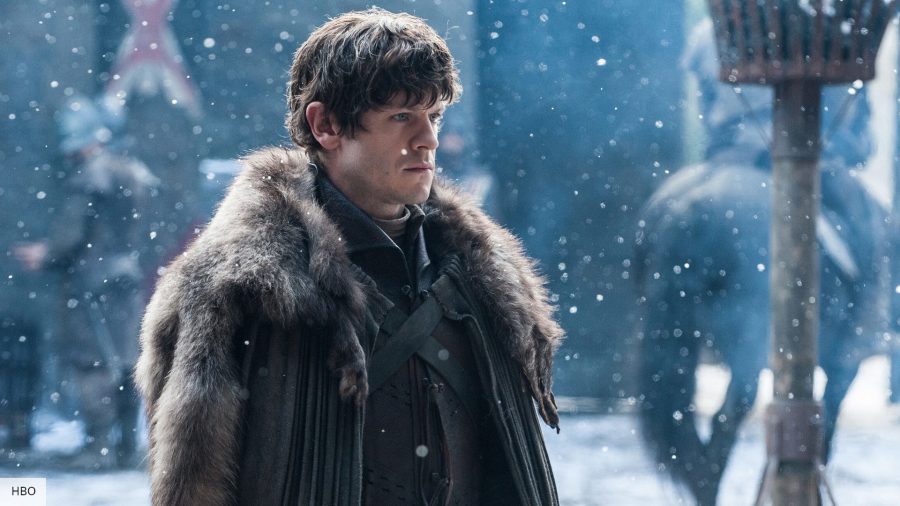 While we’re on the topic of evil, we had better give this guy a mention too. I remember the blissful days of season one, where I thought Joffrey Baratheon was as hateful as they come. How wrong I was. Ramsay Bolton is a ruthless savage, but has the unsettling confidence and charm of a much more dignified man. We call that range.

Ramsay is first introduced in season three of Game of Thrones, but doesn’t truly gain prominence until season five, where his tortuous talents really take shape. As such, in a relatively short space of time, he terrorises various characters, including most notably his reluctant wife, Sansa Stark, and his lapdog, Theon Greyjoy.

Pure evil: The best horror movies of all time

Every show needs characters that we love to hate, and Ramsay Bolton certainly fulfils that quota. Indeed, his eventual demise is extremely satisfying. 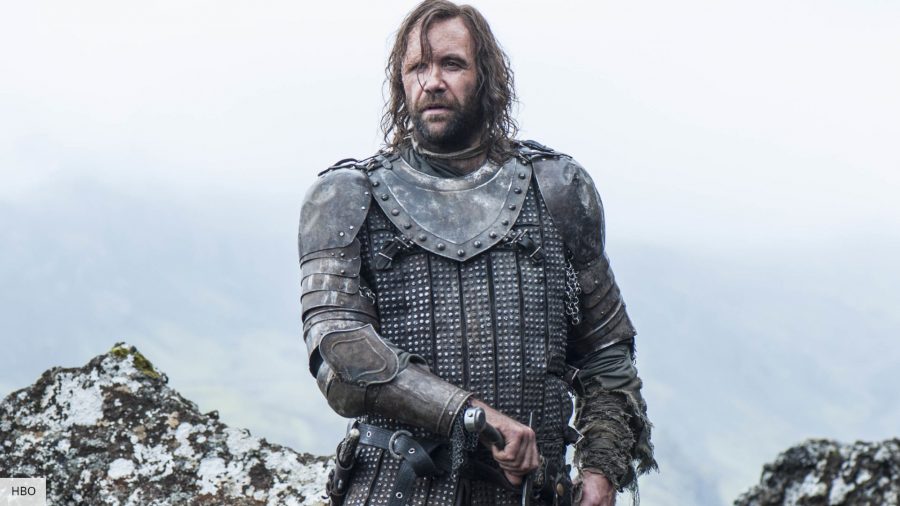 Another man who enjoys a very rewarding character arc is Sandor Clegane, also known as The Hound. From executioner and servant to the Crown, Clegane quickly develops a conscience and abandons his duties in King’s Landing.

On his long path to redemption, we get to see the vulnerabilities that lie beneath his brutish façade, which make Clegane a surprisingly endearing and gentle character. His unorthodox partnership with Arya Stark allows The Hound to truly shine, with humour and heart in equal measure, while never forgetting his instinctive, brutal bloodlust.

Of course, the final season of Game of Thrones has its fair share of critics, and while many narrative arcs didn’t conclude effectively, it was good to see The Hound finally inflict long-overdue revenge on his beastly brother, The Mountain. 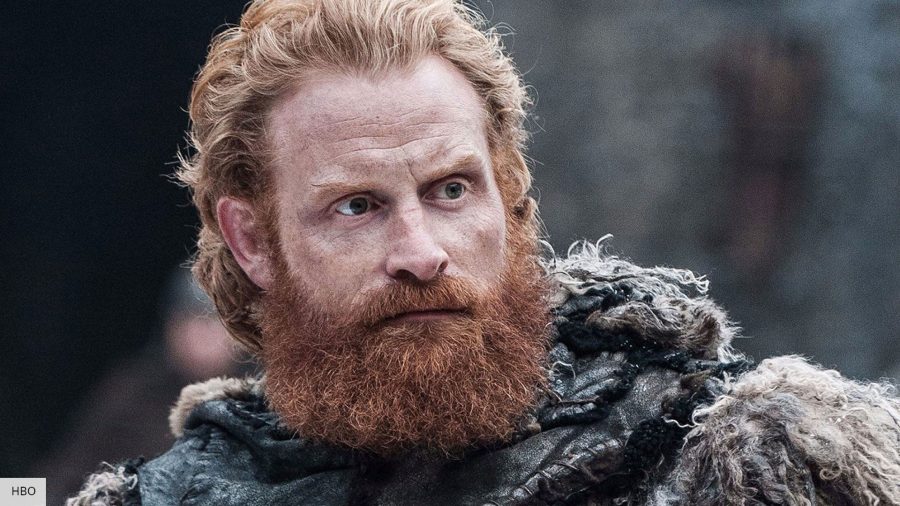 Comedic relief is, perhaps rightly so, few and far between in this epic fantasy series, but none do it better than the loveable rogue from beyond the wall. Tormund Giantsbane’s fixation on Brienne, or “the big woman” as he refers to her, is hilarious, and that alone makes him worthy of the Game of Thrones hall of fame.

Laugh it up: Best comedy movies

Tormund first appears as early as season three, albeit very much on the periphery, as a follower of Mance Rayder. It’s not until season five that he begins to play a more prominent role, as his allegiance shifts to support his one-time enemy, Jon Snow.

By the final season of Game of Thrones, Tormund well and truly inserts himself as one of the key players in the fight against the White Walkers. He never does win the heart of “the big woman”, but he definitely wins the heart of the viewers. 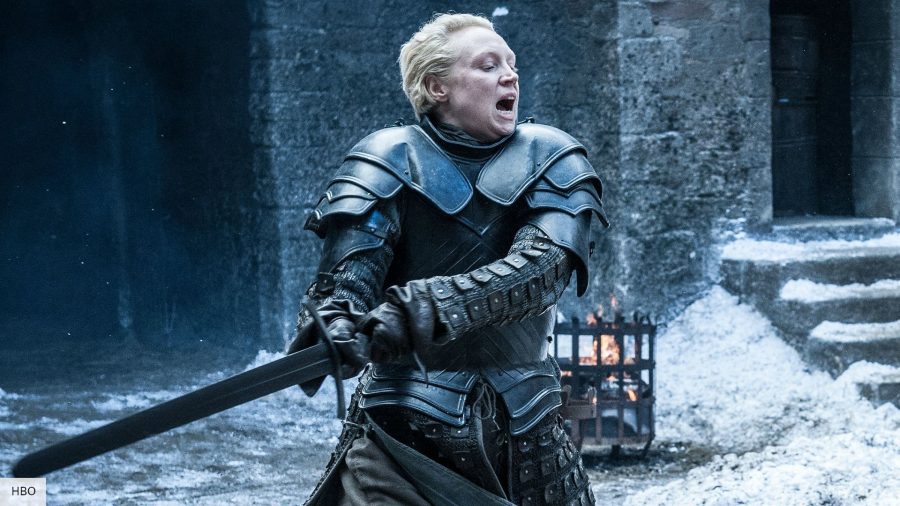 Speaking of “the big woman”, we couldn’t possibly leave the badass Brienne of Tarth out of this list. Brienne is another character, much like Ser Davos, who can pretty much claim a clear conscience. Sure, she kills a few people along the way, but no one who didn’t deserve it.

Brienne’s story is one of absolute devotion and determination. In season two, after the death of King Renly, she swears an oath to Lady Catelyn Stark, that she will protect her family. This oath extends all the way to the final episode of the show, with Brienne fiercely guarding both Sansa and Arya Stark. Indeed, Brienne is nothing if not committed.

Not only is Brienne the first woman to be knighted in the Seven Kingdoms, she also rises to become the Lady Commander of the Kingsguard. If that isn’t impressive, I don’t know what is. 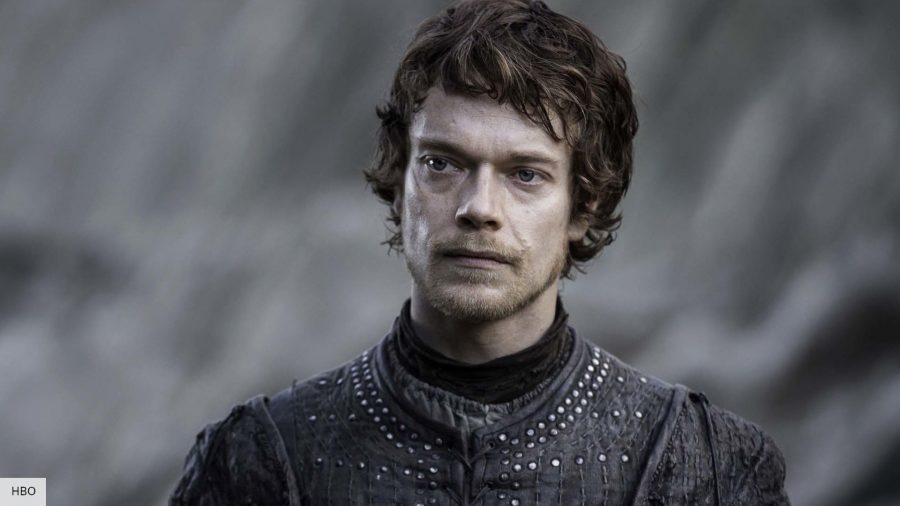 This one may be controversial, but you have to admit Theon is an incredibly well-written character, whose journey, though not a pleasant one, is certainly fascinating to watch unfold.

I have to say, when Theon elects to betray the House of Stark, a family who took him in as though he were one of their own, I couldn’t wait to see him meet his fate. However, witnessing his barbaric suffering at the hands of Ramsay Bolton, it’s hard not to feel sorry for Theon, and as the show progresses, his looming redemption certainly feels earned. Much of this brilliant character journey is owed to the phenomenal performance of Alfie Allen, who garnered a swell of critical praise for his work.

Not of this realm: Best monster movies

Ultimately, by the final season, Theon comes full circle, and dies a hero. He repents for his sins against the House of Stark, in a most tragic sacrifice, protecting Bran and allowing Arya to strike the killer blow to the Night King. The battle could have been very different, were it not for Theon Greyjoy. 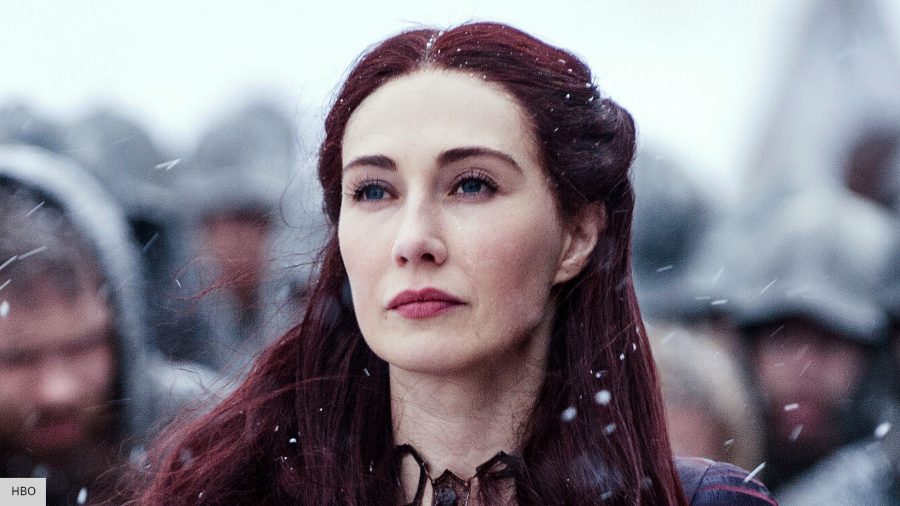 More commonly known as The Red Witch, Melisandre introduces mysterious magic and tragic prophecies to Westeros when she arrives in season two.

Now, I know what you’re thinking, this shady lady and her dark arts cause quite a lot of trouble, and she even prompts one of the cruellest deaths in the whole show, when she forces Stannis to sacrifice his daughter. But we all want a bit of drama, don’t we? And Melisandre certainly delivers on that front.

Daenerys had her dragons, and that’s cool, but on the other side of the world, Melisandre was bringing people back from the dead and looking into the future. I know who I would rather have by my side. 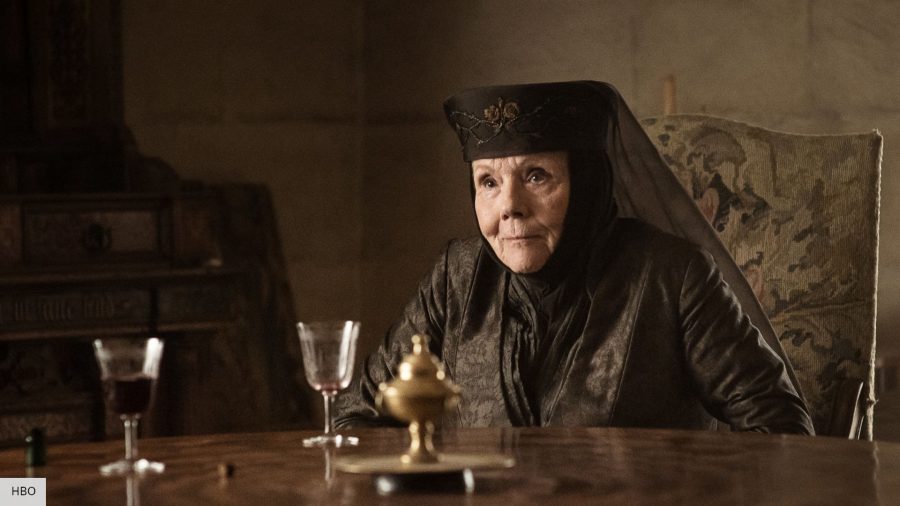 I have two words for you: “Tell Cersei.”

Do we really need to say anything else? The late, great Dame Diana Rigg played Lady Olenna Tyrell with such a charming sharpness, and her iconic final words are a blistering example of this. The moment she utters those lines will go down in Game of Thrones folklore.

Not only does she bump off Joffrey, but Lady Olenna was one of the only characters who could go toe-to-toe with Cersei Lannister and come out on top. Even in death, she was still winning.

So, there we have it, the best Game of Thrones characters. And, not a Stark in sight. But, what we do have is a wonderful mix of the good, the bad and the downright despicable from across the Seven Kingdoms. If you need to get a further fantasy fix, check out the best fantasy movies of all time. 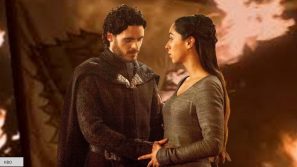 {"schema":{"page":{"content":{"headline":"The best Game of Thrones characters – from Tyrion to Tormund","type":"guide","category":"game-of-thrones"},"user":{"loginstatus":false},"game":{"publisher":"","genre":"Fantasy","title":"Game of Thrones","genres":["Fantasy","TV"]}}}}
We sometimes include relevant affiliate links in articles from which we earn a small commission. For more information, click here.
Trending in TV