With Eternals and the Marvel Cinematic Universe now in her rearview mirror Chloé Zhao is starting work on her next project. Variety broke the news in February that Zhao’s directing a new Dracula movie for Universal but now she’s done with her epic superhero action movie she can finally start work on it.

This new take (or should that be ‘stake’) on Dracula has been described as a blend of a science fiction movie and a western. Zhao recently teased the project by sharing a picture of Nosferatu on horseback on her Instagram. She captioned the post with a glass of red wine which we suspect might not actually contain wine.

By sharing a picture of Nosferatu Zhao may be hinting that she’s going back to the cinematic roots of Hollywood’s best-known bloodsucker. If that’s the case we presume that the film will be more of a horror movie than a romance, but if Nomadland taught us anything it’s that you can’t predict what Zhao will do next. Maybe her Nosferatu will fall in love with the wild west and become a rancher?

In a statement released at the time the monster movie was announced, Universal Pictures president Peter Cramer said they were thrilled to be working with Zhao. “Chloé’s singular lens shines a light on stories of the overlooked and misunderstood,” he said. “We are thrilled to be working with her as she reimagines one of the most iconic outsider characters ever created.”

Zhao meanwhile said she’d always been fascinated by vampires and “the concept of the Other they embody” before adding that she’s   very excited to work with Universal to “reimagine such a beloved character.”

The untitled Dracula reboot doesn’t have a release date yet, but we’ll keep you updated on the project as more details are revealed. If you fancy a scare in the meantime, check out our list of the best horror movies on Netflix. 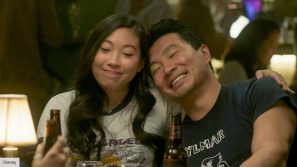 {"schema":{"page":{"content":{"headline":"Eternals director Chlo\u00e9 Zhao teases her “sci-fi western” Dracula movie on Instagram","type":"news","category":"dracula"},"user":{"loginstatus":false},"game":{"publisher":"","genre":"Horror","title":"Dracula","genres":["Horror","Science fiction","Western","Movies"]}}}}
We sometimes include relevant affiliate links in articles from which we earn a small commission. For more information, click here.
Trending in Movies

1Evangeline Lilly calls Ant-Man and the Wasp: Quantumania the “best one yet”
2Nicolas Cage is embarrassed he asked his uncle Francis Ford Coppola to put him in The Godfather 3
3Scream 5 ending explained – who is the new Ghostface killer in Scream (2022)?
Latest in Movies
The Batman theme unveiled by composer Michael Giacchino
Yellowjackets season 1 ending explained
Munich - The Edge of War (2022) review - new Netflix war movie finds drama in peace
Scream star Melissa Barrera nearly got stabbed by a real knife on set
Squid Game season 2 confirmed by Netflix
A