The success of Shang-Chi and the Legend of the Ten Rings at the box office appears to have buoyed Disney’s confidence in the theatrical experience. The House of Mouse has announced it will release the rest of its 2021 movies directly into theatres, eschewing the day-and-date Disney Plus release strategy it used for the first half of 2021.

This means Eternals, Encanto, The Last Duel, West Side Story, Ron’s Gone Wrong, and The King’s Man will all debut exclusively in theatres. The studio is still clearly aware, though, that not everyone is comfortable heading back to the cinema just yet, so it’s keeping the reduced theatrical window – of a minimum of 45 days – in place, and these movies will head to the streaming service after that window has passed.

“Following the tremendous box office success of our summer films which included five of the top eight domestic releases of the year, we are excited to update our theatrical plans for the remainder of 2021,” said Kareem Daniel, chairman of Disney media and entertainment distribution in an online statement. “As confidence in moviegoing continues to improve, we look forward to entertaining audiences in theatres while maintaining the flexibility to give our Disney Plus subscribers the gift of Encanto this holiday season.”

Like every Hollywood studio, Disney has been trying to deal with the pandemic and the resulting closure of movie theatres across the globe. Disney experimented with day in day release on its streaming service, Disney Plus (making them freely available or charging for them through Premier Access), while the studio waited for coronavirus restrictions to ease.

Shang-Chi and Free Guy were the first Disney movies this year to open with a theatre first release, and both were huge successes at the box office. Shang-Chi has earned an impressive $257.6 million at the international box office, making it one of the most successful movies released theatrically during the pandemic. Meanwhile, Ryan Reynolds’ Free Guy is a similar success story and has taken in $276.5 million since its release. 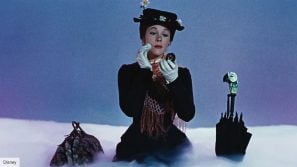