The first trailer for Dexter’s return has been released, re-introducing the serial killer, and giving us a premiere date. After a controversial ending in 2013, the TV series is returning for another go at closure this November.

Michael C. Hall’s Dexter Morgan has a new life now, under a new name, in the quiet town of Iron Lake, in upstate New York. But, as the teaser so rightly points out, your past isn’t always so easy to run from, especially when you’ve killed as many people as Dexter has. We start in what seems to be a therapy session, and we end with Dexter head-to-toe in black, running through the snow. In the very last snippet, he covers up some blood.

Julia Jones, Alano Miller, Johnny Sequoyah, Jack Alcott, and Clancy Brown are new additions to the cast. Details are limited on who they’re playing, but we know Brown is the mayor of Dexter’s new home, and Jamie Chung is some form of true crime podcaster. Chung’s character sounds ripe for meta-commentary, like Dexter’s past exploits in Miami are worshipped by serial killer aficionados on the internet.

Most importantly, we got a premiere date of November 7 on Showtime. The revival has the subtitle ‘New Blood’, and it’ll run for ten seasons. Clyde Phillips is showrunner, an interesting prospect given he originally held this role for Dexter during its first four seasons.

Some original castmembers are expected to appear, including Jennifer Carpenter, who plays Dexter’s step-sister Debra, and John Lithgow, who portrays the Trinity Killer, Dexter’s season four nemesis. Their presence isn’t even hinted at in the trailer, though, so we’ll have to wait and see.

This trailer premiered during [email protected], a series of livestreamed panels across TV and movies. We have new trailers for Doctor Who and The Walking Dead, as well as news on Lucifer and Invincible.

We don’t have info on UK distribution just yet, but we’ll keep you informed. For more cool killers to check out, here’s the best horror movies. 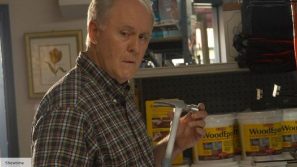