The first season of Y: The Last Man hasn’t finished airing, and the TV series is cancelled. It’s been announced that the adaptation, over a decade in the making, won’t be coming back on FX and Hulu.

Showrunner Eliza Clark broke the news, sharing an emotive statement on Twitter. “I’ve never in my life been more committed to a story,” she says, “and there is so much more left to tell.” She goes on to say Y: the Last Man is “about gender”, and celebrated the diversity behind-the-scenes. “We had a gender diverse team of brilliant artists, led by women at almost every corner of our production,” she explains. “It is the most collaborative, creatively fulfilling, and beautiful thing I have been a part of.”

The road to Y: The Last Man becoming a science fiction movie or sci-fi series has been long and perilous. Initially, it was going to be a feature film in the 2000s, before the rights eventually reverted back to creators Brian K Vaughan and Pia Guerra. Then, in 2015, FX started work on committing the comic to television, which eventually resulted in the first season, which is currently running.

Though this is a pretty hefty setback, Clark remains dedicated to the project. The plan is to shop around for a renewal elsewhere. “We know that someone else is going to be very lucky to have this team and this story,” she writes. “I have never experience the remarkable solidarity of this many talented people.”

My statement on Y: THE LAST MAN and Season 2. pic.twitter.com/rFtb6pXu5i

After a mysterious bio-weapon seems to kill all life with a Y chromosome, Yorick Brown (Ben Schnetzer) becomes the last man alive in a world full of women. The nine-episode first season dealt with the immediate aftermath of the event, looking at the fractured politics, and the ramifications on non-binary and trans people in a world where the gender balance has been irrevocably shattered.

Episodes are running weekly on Hulu in the US, and streaming service Disney Plus in the UK. 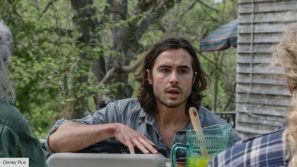 Y: The Last Man season 2 might happen at HBO Max
Get involved Continue the conversation over on The Digital Fix Forum