It’s the end of an action era. Sylvester Stallone has finished filming The Expendable 4 and is done with the action movie series. Deadline reports that Stallone is “moving on” from the series and won’t reprise his role of Barney Ross again. Before you crack out your black armband, though, and start crying testosterone-infused manly tears, don’t worry, the series will continue.

Stallone will be passing the baton to Jason Statham, who’ll lead the franchise going forward. Stallone announced the news on his Instagram, posting a short emotional video from his last day on set. During the clip, the Rocky star broke down how he felt about moving on The Expendables, a series he’s spent 12 years making.

“The greatest thing is being able to provide films [and] entertainment [where] maybe there’s a little message in there because what I try to convey in my successful films is the human touch,” Stallone explained. “Not so much the action. The action is self-evident. But it’s just relating to the audience in a way that they can identify with whatever the mission is, with the characters at hand.”

Stallone’s moving on to a very different project next. He’s set to appear in the science fiction movie Little America, which is being directed by Rowan Athale, who is probably best known for his work on the TV series Gangs of London.

Little America is set in a dystopian future where China has taken over the United States. Stallone will play a former American Force Recon member who’s sent to retrieve the daughter of a Chinese billionaire. I guess Snake Plissken must have been busy?

The Expandable 4 is set for release sometime in 2022. While you wait, why not check out our guide on the upcoming science fiction thriller movie, The Matrix 4. 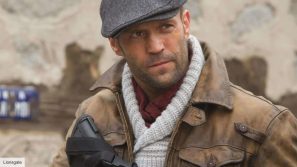