This go around, the Pro-Heroes, now with Deku, Dynamight, and Shoto among their ranks, are up against Humarise, an anti-Quirk cult led by Flect Turn that plans to wipe out everyone with special powers. With members in all corners of society, Humarise manages to frame Deku for murder, making the race to stop their evil scheme even more fraught with peril.

Thankfully, Deku has company in fellow wanted fugitive Rody Soul, a petty thief who became caught up in everything when his latest score was happening in the wrong place at the wrong time. Between Deku’s unwavering optimism and Rody’s slightly more fraught worldview, the dynamic duo are the perfect anchors for the rambunctious journey that makes My Hero Academia feel more relevant than ever.

A Humarise speech opens the feature, plainly stating its goals and objectives leading into its first successful public attack, using ‘trigger-boxes’, explosive devices that unleash such potent Quirk-gas, the mutations kill most bystanders. Bodies are torn apart and flesh is subsumed in horrific fashion, before we jump to the heroes responding to a potential second bombing.

Multiple teams are deployed around the world, each composed of different brightly coloured, distinctly powered warriors. Controlling the elements with ease, characters flip on-and-off screen with dazzling efficiency, as if part of an elaborate music video. Kenji Nagasaki, who’s led all My Hero Academia anime adaptations so far, returns to direct, and you can feel his well-practiced craftsmanship in every frame. 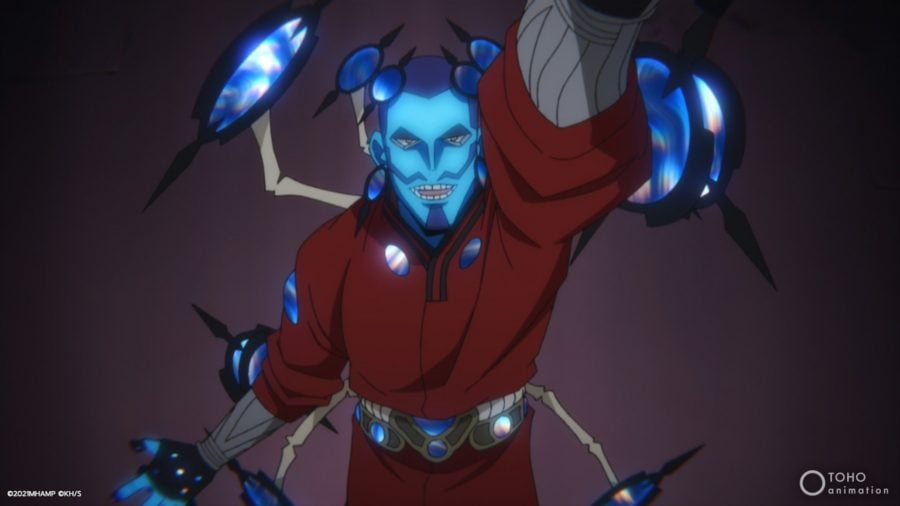 This turns out to be a false alarm, but a more conniving scheme starts to become apparent when Deku becomes subject of an international manhunt, with an unassuming Rody in tow. While none of his heroic comrades believe him capable of murder, Deku’s stuck due to Humarise’s tendrils within the law, and Rody incidentally picked up some valuable assets during his morning heist.

The second act, then, gives way to a buddy comedy movie; a gentle look at our protagonists away from all the glamorous heroics. Rody and Deku have to make their way cross-country without being caught, while Dynamight and Shoto start looking into why their friend has been targeted like he has.

Rody’s impulsiveness and Deku’s honesty make them an easy odd couple, and watching them compromise on taking public transport or communicating with the outside world is incredibly endearing. With Rody’s background, as an older sibling struggling to provide for two younger kids after their father abandoned them, the partnership examines some underlying classism. 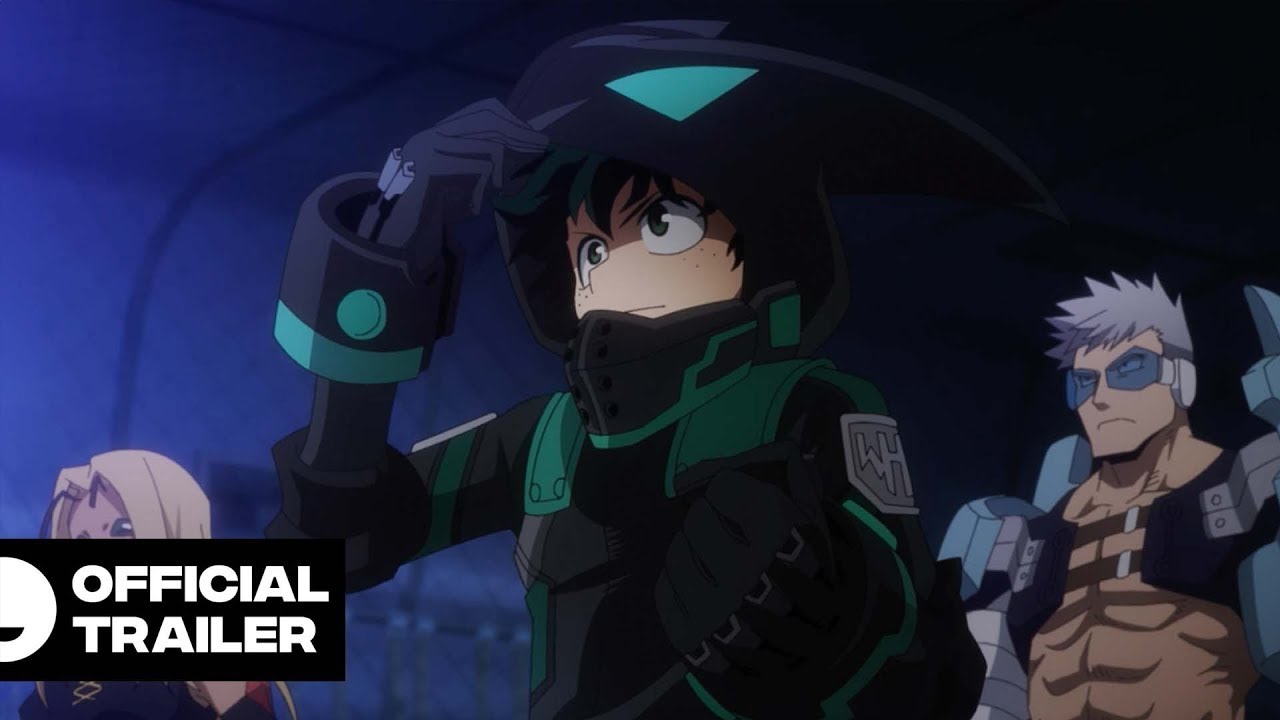 We’ve been invested in Deku’s journey to become one of the greatest heroes on Earth, a struggle that’s had its fair share of hurdles, even with All Might giving him his Quirk. Rody in World Heroes Mission contextualises Deku’s arc in the broader world by plainly stating his privilege in being the ‘chosen one’ and having access to heroic education at all. Deku has fought long and hard to get where he is, but that opportunity is something Rody could never have imagined.

Their dissonant backgrounds give rise to Deku’s empathy, where he consoles Rody similar to how All Might took a shine to him. Bright, stylish effects are part of what makes superhero media so attractive to people of all ages, but it’s the quieter moments that tend to keep us around. The bits where the person and the moniker become one in the same, and Deku bonding with Rody has all the feeling of a watershed moment. Without even realising it himself, Deku’s now the mentor, rather than the mentee.

It helps that the voice-acting is on point: for the dub, Ryan Colt Levy captures the roguish attitude of Rody, while Justin Briner imbues Deku with the right mix of playfulness and growing maturity. They capitalise on Ryo Yoshizawa and Daiki Yamashita’s respective performances such that viewers aren’t missing anything whichever option they choose. 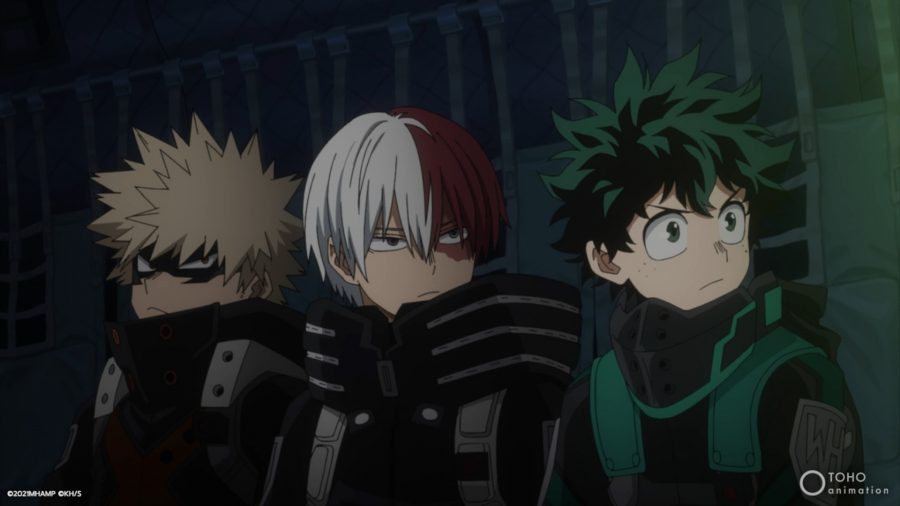 As much is reflective of the overall production. My Hero Academia: World Heroes Mission handles its own planet-threatening premise as if all its stories involve plots strewn across multiple continents. When the inevitable fight against Flect Turn kicks off, battles with Humarise cronies in multiple countries are woven in, all easily distinguishable by the characters therein.

The passing one-liners are light and memorable; a quick “I guess being paper-thin has its perks” towards a living Egyptian hieroglyph emblematic of the humour. You may not know much about these heroes, who together resemble the MCU‘s Avengers by way of the Care Bears, but you cheer for them nonetheless because their dedication and ethos is clear.

World Heroes Mission doesn’t give much in the way of introductions, but familiarity isn’t altogether necessary. It emanates similar fizzy energy as 2017’s Spider-Man: Into The Spider-Verse, where the spellbinding sequences and easily distinguishable lines of good and evil give enough context to follow along for the ride. 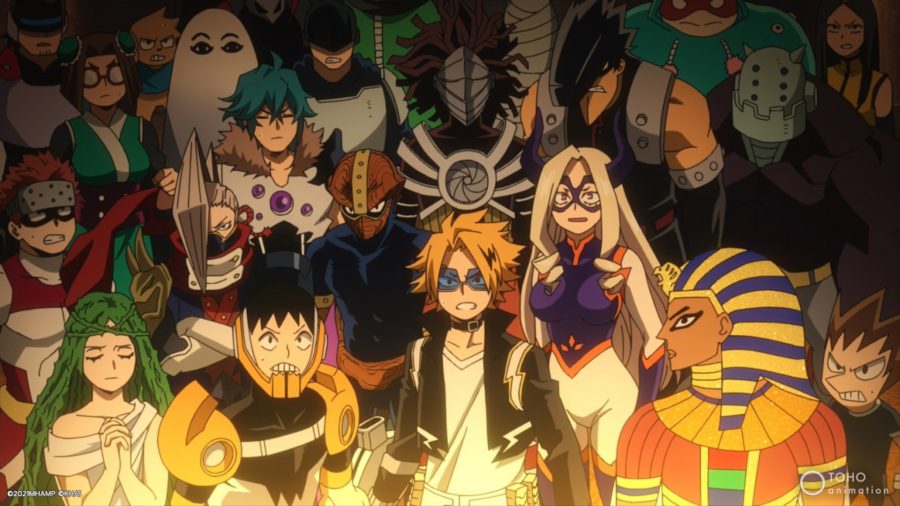 Where the morality is based on simple principles – giving up on humanity, betrayal, murder – World Heroes Mission will inspire a lump in the throat and fist in the air. Greyer areas, such as the reveal that Humarise has infiltrated the police, falter. Being a kids movie, we’re not expecting some Black Flag or The Clash lyrics, but a mere mention towards the start and end renders what could’ve been a broader point on systemic issues under-developed.

It’s also worth mentioning that being part of a growing anime franchise means there’s quite a bit of lingo to keep up on. Anyone coming from Marvel and DC may find the sincere, in-universe terminology of ‘Heroes’ and ‘Villains’ a little too cheesy. But sometimes it’s nice to be reminded that the greatest power we have are ourselves and each other, and against that nothing stands a chance. My Hero Academia: World Heroes’ Mission wears its heart on its sleeve, and more power to it for encouraging us to do the same. 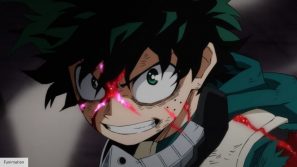 MHA: World Heroes’ Mission voice actors on Deku’s journey, and why it’s the perfect gateway anime series
Get involved Continue the conversation over on The Digital Fix Forum

Deku becomes hero of the world in charming and wondrous third feature.