Marvel attempts some horror action in this week’s episode of What If…?, titled, ‘What If…Zombies?!’. If the name didn’t give it away already, here, we see the world and its protectors succumb to the walking dead. That’s right – Marvel Studios has adapted Marvel Zombies. However, with multiple survivors, a fragmented journey to find a cure, and only a limited amount of screen time, the question still stands, does this Marvel Cinematic Universe spin-off live up to all the undead hype?

Like every What If…? episode, we see an alternate timeline occur within the MCU prompted by the mysterious Watcher. During the fifth episode of the TV series, we are asked to observe what would happen if a zombie apocalypse occurred before Thanos caused a muck, and what if all the heroes we know and love became infected flesh crazy monsters. The premise is as fun as it sounds, and is full of potential, however as Marvel tries desperately to fit a plot of a 90-minute zombie movie (along with all the standard undead tropes in the horror book) into a 33-minute episode, you can’t help but think that this week’s What If…? feels thin. It’s a classic case of zombie style over quality zombie substance.

Taking place before the events of Infinity War, we see Bruce Banner being sent to earth to warn the avengers about Thanos’ arrival. However, as the hero encounters the abandoned streets of the once busy New York City, something feels off. Bruce ends up encountering a zombified Tony Stark, and watches helplessly as his ex-comrade starts trying to kill him. Luckily before Iron Man can start feasting on his flesh, Bruce is saved by Doctor Strange’s Cloak of Levitation, and Hope Van Dyne – better known as The Wasp.

After Hope and the floating cape save Bruce, we learn about the origins of the zombie outbreak, via flashback. Hank Pym travelled to the Quantum Realm to find his lost love Janet Van Dyne; however, he ends up with the standard zombie virus and brings it back to earth. We learn that a number of the Avengers have been infected, leaving only a handful of survivors, who are Peter Parker, Bucky Barnes, Okoye, Sharon Carter, Happy Hogan, and Kurt. But in standard zombie story fashion, not all is lost, and the gang decides to travel through the hordes of the infected superheroes in search of a cure. 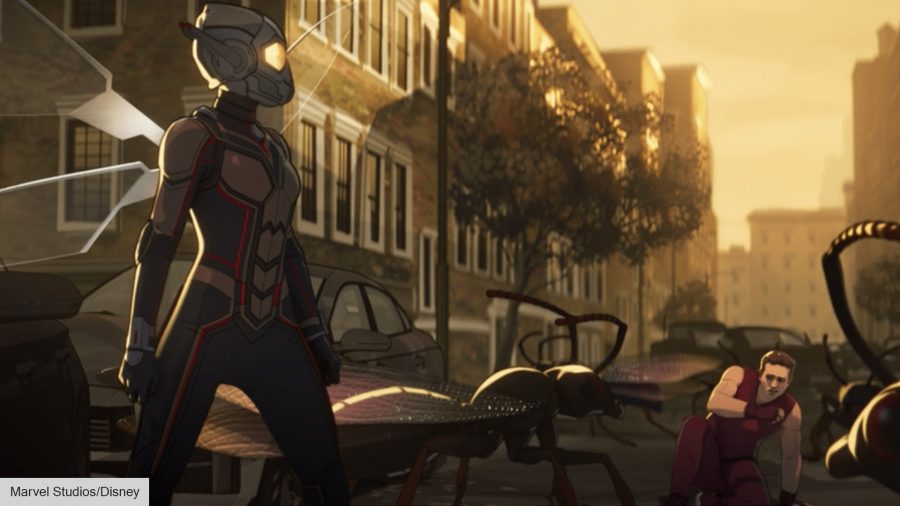 There is immense enjoyment in seeing zombies swarm and being decapitated left, right, and centre. However, that doesn’t excuse a lack of focus on the storytelling front. We start following Bruce and his mission to warn the Earth. Then we move to Hope and the backstory with her now undead parents. We then move onto the emotional journey of seeing Spider-Man’s optimism slowly crumbling as he watches his friends drop like flies before the episode shifts focus back to the main plot – the journey to find a cure. The constant switching of perspectives gives you narrative whiplash, and all in all just feels messy and thin, as no storyline lasts long enough to leave an impact.

Run for your life! The best action movies

As horror movie fans know, zombie stories are more than just violence and gore. They are full of desperation, heart, and addictive tension. It is a tricky balance to establish and execute when given only a short amount of time, and unfortunately, Marvel never really cracks it. The show relies on viewers bringing in their own love for the characters prior to tuning into the episode instead of making us care. It also asks for its undead monsters to do all the narrative heavy lifting as it scrambles to jam in the typical zombie quest for a cure storyline. However, as we see Avengers dying, and the survivors journeying through the city and fighting for their lives, we find ourselves just not really caring that much whether they live or die. 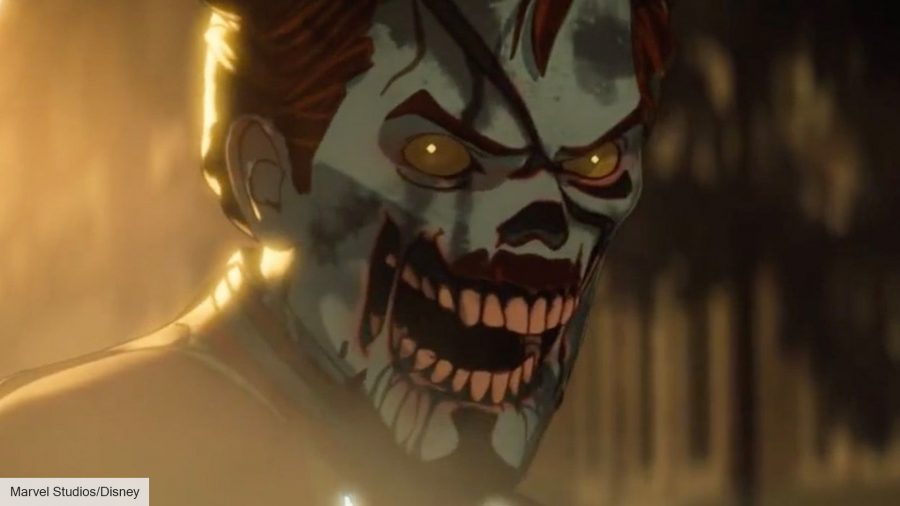 After the emotionally taught and focused episode last week, ‘What if… Doctor Strange Lost His Heart Instead of His Hands?’, you can’t help but feel a bit disappointed at the storytelling used here. That being said, let’s be honest, seeing Bucky face off against an undead Captain America, or a zombie Hawkeye shooting to kill is pretty sick. The zombie angle itself is super fun, and although the show fails to create tension, it is an explosion of engaging design. The cell drawn art style works exceptionally well with zombies, giving the episode almost an ‘80s feel, that feels like a subconscious nod to the genre classics, and your typical monster movie posters.

There is no denying that episode five is a visual spectacle that long time fans or those who have read the 2005 Marvel Zombie comics will love. But at the end of the day, both the Avengers and the zombies are done a disservice. Neither gets the narrative attention, and emotional storyline they deserve. Still, it is a fun and worthwhile watch, especially if you have a soft spot for the walking dead.

You can watch What If…? every Wednesday, via the streaming service Disney Plus.

A fun but overstuffed zombie story for Marvel fans to enjoy. Here is a case of zombie style over zombie substance.