It’s impossible to imagine the Ant-Man movies without Paul Rudd in the titular role. But they could have looked very different indeed. Director Edgar Wright – best known for his Cornetto Trilogy of films – was attached to Ant-Man before Iron Man even came out. But after years of development, he eventually left the project. This prompted both Paul Rudd and Evangeline Lilly to reconsider their roles in the MCU.

In yet another revelation from new book The Story of Marvel Studios: The Making of the Marvel Cinematic Universe, Rudd and Lilly talk about their reactions to the news that Wright would no longer be the director of the film. Wright was attached to Ant-Man as far back as 2006, when the character’s introduction was supposed to come in the MCU’s first phase.

After years of development, Wright left in 2014 over creative differences, later stating that; “I wanted to make a Marvel movie, but I don’t think they really wanted to make an Edgar Wright movie.”

As we now know, Peyton Reed quickly (and successfully) stepped in as a replacement for Wright. He went on the direct the sequel Ant-Man and the Wasp in 2018 and is currently working on Ant-Man and the Wasp: Quantumania, slated for release in 2023. The newly-released logo caused a stir on social media a couple of days ago. 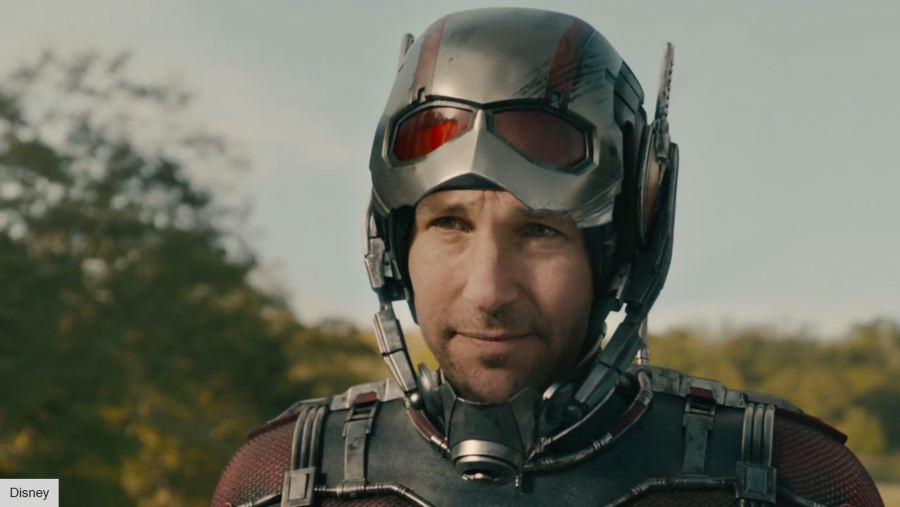 But both Rudd and Lilly came dangerously close to walking away from their characters of Ant-Man and the Wasp at the same time as Wright left. In the book, Rudd reveals that he first heard the news while grocery shopping and tried to persuade Kevin Feige to bring Wright back; “When I found out I was buying groceries in upstate New York, and I got a call. My manager said, ‘Well, I’ve got some bad news.’ I knew immediately. Then Edgar called, and I clicked over. And then I stood in the parking lot of an A&P for about an hour and a half talking to Kevin [Feige] about, ‘What are you gonna do? We have to try and get Edgar back.’ I mean, I was really worried and nervous.”

Lilly goes even further, stating that she was prepared to walk away at the same time as Wright; “I assumed the big brass were muscling out this passionate creative who had built something over eight years with all of his blood, sweat, toil, and love, and that it was an injustice. And I was so glad that I hadn’t signed my contract yet. I really was prepared to walk with him.”

But then Lilly reflected on the experience she’d had with Feige and the Marvel team so far and decided not to be so hasty; “I went through the process I’d been through already: I’d read the script, gone through script notes and creative discussions, and I thought, ‘That doesn’t reflect what my experience has been, so maybe I shouldn’t jump to conclusions. Maybe there’s a good reason for the split, on both sides.'”

Ant-Man has gone on to become a fan favourite character and the films have given us Michael Pena’s brilliant Luis, so it has all worked out in the end. But it’s still fun to imagine what an Edgar Wright Marvel movie would have looked like. Instead, we get to experience an Edgar Wright horror movie, with Last Night in Soho coming out on Friday.