The allure of sequels is easy to understand when you consider how risk-averse movie studios can be. They’re basically guaranteed moneymakers with a baked-in fan base and established formulae that make them an easy win. Yet not every filmmaker wants to cover their old hits like a tired tribute act. Some like Edgar Wright with his zombie movie Shaun of the Dead see little reason to go back.

“I haven’t gone back to horror-comedy because with Shaun of the Dead, I felt like I had said much of what I wanted to say with that movie,” he told SFX Magazine. “It’s difficult to return to that, even as a producer. Sometimes I get sent films – people want to make the next Shaun and want me to come aboard as a producer. But I find it difficult to cover the same territory again.”

The comedy movie maestro went on to say that sometimes fans fail to understand what a long process movie-making is. “They’ll say, ‘Why don’t you knock out a Shaun sequel?’ It’s like, these films take three years to make, you’ve got to really, really love it to do it,” he explained. “So because films take longer to make, trying to challenge yourself with a different subject matter or something you haven’t done before, it’s always the real motivator.”

Wright’s newest film, Last Night in Soho, is quite the departure from the Cornetto Trilogy that made his name. Starring Thomasin McKenzie and Anya Taylor-Joy, the thriller movie follows Eloise (McKenzie), a young woman with a sixth sense who’s recently moved to London.

While there, she starts to have visions of the ’60s, a decade she’s enamoured with and slowly finds herself transfixed by a nightclub singer of the era named Sandie (Taylor-Joy).

Last Night in Soho has been met with mixed reviews. We gave the ghost movie three stars calling it an “entertaining but messy slasher”. Those who enjoyed the film liked its stylish portrayal of Soho as well as Taylor-Joy and McKenzie’s performances, while those who were less keen on it criticised its weak screenplay.

Last Night in Soho rolls into theatres on October 29. 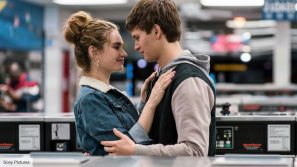 Edgar Wright has written Baby Driver 2, but isn’t sure if it’ll happen
Get involved Continue the conversation over on The Digital Fix Forum