With the news of a new Daredevil TV series heading to Disney Plus, fans of the MCU are wondering if they will also see Jessica Jones and Luke Cage join their fellow Defender in the MCU timeline. And Luke Colter, who plays Luke Cage, recently posted an Instagram photo of himself and Jessica Jones star Krysten Ritter, which has really got fans excited.

Ever since the various Marvel Netflix series ended, the Marvel fanbase has been desperate to see many of the heroes in action again, with a great clamour for them to join the MCU for real. Many comic book aficionados were delighted with the casting for Daredevil, Cage, Jones, and indeed Jon Bernthal’s Punisher. As for Iron Fist however, that was a less popular choice, shall we say.

Now, with Charlie Cox reprising his role as Matt Murdock in the MCU movie Spider-Man: No Way Home, after Disney reclaimed the rights to the various Defenders’ properties from Netflix, it has been announced that he will get his own series on the streaming service Disney Plus.

And, of course, if Cox is coming back for more Daredevil, it would make sense that Kevin Feige and the Marvel top dogs are at least considering the idea of bringing back Jessica Jones and Luke Cage, right?

Well, Mike Colter has teased fans with his latest Instagram post, which features a reunion between himself and Krysten Ritter, who played Jessica Jones on the small screen, prompting wild speculation that they are being lined up for more action in Marvel’s Phase 4 and beyond.

The post, which is captioned “L.C. + J.J. = Big Tease” could well just be a bit of fun from Colter, to get tongues wagging in the fanbase. But, the timing of the post, just hours before the Daredevil announcement, would suggest the pair are being prepared to reprise their roles.

Can we talk about Mike Colter’s caption for just a second. Luke Cage and Jessica Jones return confirmed? pic.twitter.com/zqXqqcle9z

Curiously, Ritter is wearing a sticker on her top in the photo, which has been scribbled over to hide something. We’re not sure what this is, but it could be a huge clue as to any potential MCU involvement.

We really hope Jon Bernthal is next to get a call to enter the MCU, because he is a perfect fit for the role of the Punisher. And, if Finn Jones is sat next to his telephone hoping for his invite, well… we don’t know what to tell you Finn. 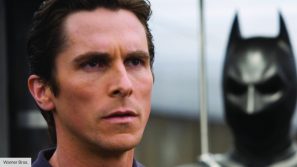 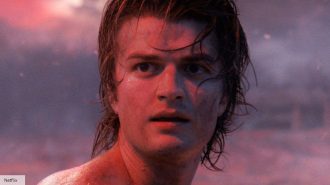