Who are the Celestials in Eternals? Directed by Chloé Zhao, Eternals is a larger than life film that just so happens to feature some larger than galaxies intergalactic beings too. In fact, Eternals is the first movie in the franchise where we are given a proper in-depth look at the colossal space giants that have been hinted at in the Marvel Cinematic Universe for years. If you haven’t guessed already, we are talking about Celestials, the god-like figures who are responsible for life, death, and even multiverses.

For such vital characters in Marvel’s history, it seems odd that we haven’t seen or heard much about these colourful beings until Eternals. Eson the Searcher, Knowhere, and Ego (Star-Lord’s dad) appeared in Guardians of the Galaxy briefly, but since then, the MCU has been severely lacking Celestial power. However, with a huge amount of comic book lore and only a brief explanation in the new action movie, let’s be honest, it’s easy to get confused when Celestials are involved.

Here is our condensed explanation of the Celestials, briefly going over what we learnt from both the film Eternals and the Marvel comics, and what we can expect from them in the future as we venture further into the Marvel Cinematic Universe.

Who are the Celestials?

In the current Marvel canon, Celestials are among the first life forms created by the first Firmament – also known as the first Marvel Universe – that also happened to be sentient. That’s right, before the multiverse we had a self-aware universe that created Celestials because it was lonely. Still with us? Good.

There are two types of Celestials technically. Basically, the celestial beings that the Firmament made split into two factions. First, there were the Aspirants, a group of universe suck-ups who were constantly trying to please the first Firmament. Then you have the colourful and colossal beings we see in Zhao’s film – who are simply known as Celestials.

Basically, the Celestials we know didn’t like the Firmament’s insistence that everything should be static and immortal. Instead, the Celestials wanted to see the universe evolve and one day eventually die. This radical attitude was considered as sacrilege by the first Firmament creating a clear philosophical divide.

The rebellious Celestials would eventually go on to usher in a Celestial War between themselves and the Aspirants . During this massive divergence, the Celestials came out on top and effectively blew up the first Firmament, scattering the self-aware universe into different separate universes, which together would then become known as the first multiverse and second cosmos. Having got their freedom, the Celestials went on to continue their evolutionary crusade – which we witness on the big screen for the first time in Eternals.

What do Celestials do?

Celestials create everything. Life on worlds, solar systems, universes – you name it. They are also in the business of managing all forms of life, making sure that change and evolution is continuously happening, and the circle of life and death are kept in balance.

Out of this world: The best science fiction movies

But this life cycle that they regulate isn’t always the most natural. The Celestials generally seek out the early stages of civilisations. They then conduct evolutionary experiments on them, leave them for a couple of centuries and then return to check in on their progress. They have done this countless times with several different planets and races, including humans on Earth.

Their experiments led to the creation of three branches of intelligent life. These are Deviants, the mutated monster-like creatures we see in the film; Eternals, the perfect specimens (and technically some sort of cosmic robots in Zhao’s movie); and finally, regular old humans. So yeah, Celestials are basically giant space nerds who are constantly in the pursuit of progress and innovation – no matter the cost. 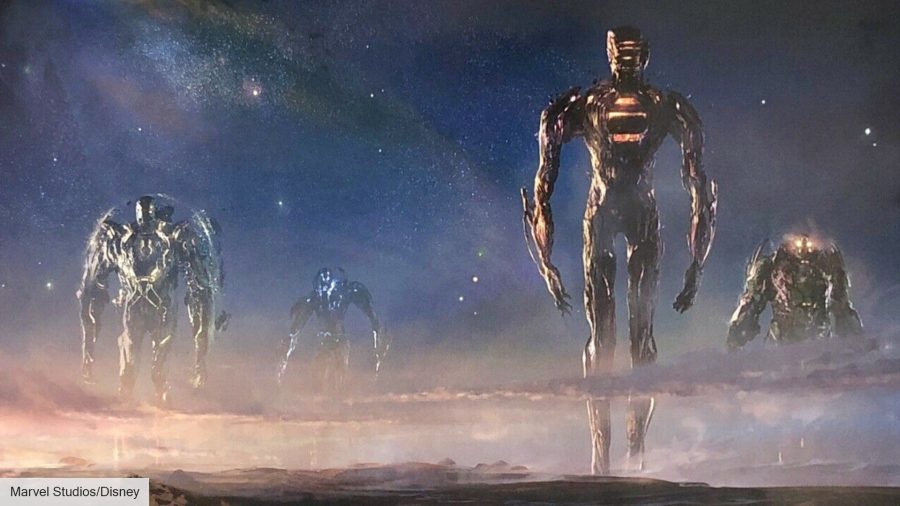 In Eternals, Celestials are also shown to rely on evolution itself, as they use humans as a sort of progress energy farm. In the movie, in order for the Celestial Tiamut to be born, the Celestial is planted into Earth’s core, where it will emerge once human’s have progressed far enough. That’s right, Celestials go about rewarding the advancement of civilisations by blowing up their planets, but it’s all for the greater good – right?

So, in short, Celestials create life, and seek out planets to host other Celestials that will destroy all said life after their emergence. But, the newly formed Celestial will also begin to create more life and universes, and thus, the cycle repeats itself.

Who is Arishem in Eternals?

Arishem is the leader of the Celestials and one of the oldest and most powerful beings in existence. He is the Celestial in the film that’s shown to be the commander of the Eternal’s mission. Conveniently leaving out the bit about how the planet will explode with them still on it after “the emergence”, he tells the Eternals to help Earth’s civilisation progress and rid the planet of the Deviants – who are getting in the way of human’s advancement. In the film, we see Ashirem communicate with the Eternals via a small golden orb in their chests and see him engage with the immortals to carry out his will. 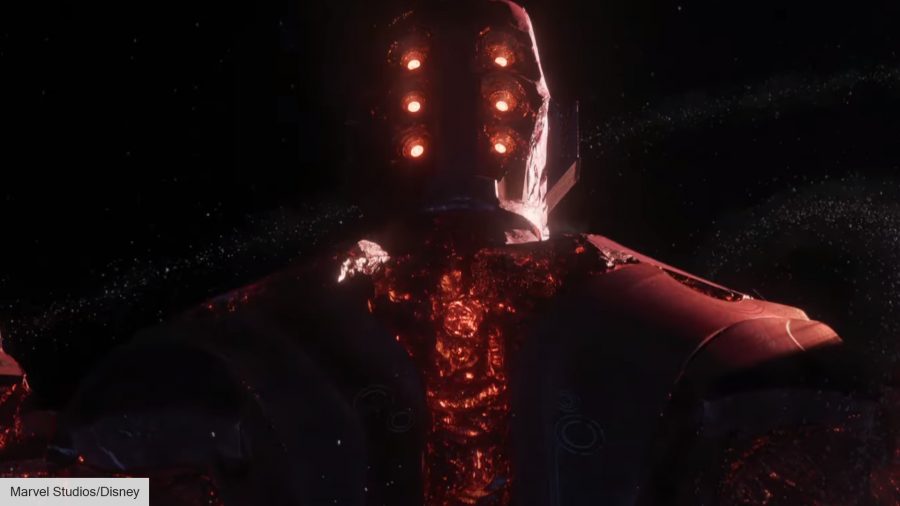 Arishem is adamant that the crew assist Earth’s population in evolving so that the Celestial he planted within the planet can emerge. Yes, everyone may die, but, as we said before, at least new galaxies will be formed…right? Unfortunately for the all-powerful space being the emergence of the Celestial Tiamut is stopped by Sersi. Arishem’s reaction to the Eternals interference with his plans and Tiamut’s birth gives us a glimpse as to why he usually takes an antagonist role in many of Marvel’s comics.

Speaking about the comics, Arishem is also known as Arishem the Judge. As this name suggests, he basically judges different worlds, and surprise, Arishem is an unforgiving being. If a planet and civilisation doesn’t meet his standards, it is subject to elimination, and a full out Celestial apocalypse can ensue.

At the end of the Eternals we see Sersi and her friends being kidnapped by Arishem, taken back into the depths of space. Arishem tells them that since they prevented the birth of the Celestial Tiamut in order to save the people of Earth, he will now judge the planet from their memories and see if Earth is “worth saving.”

If you are interested in the future of MCU make sure to check out our guide to Marvel Phase 4.