Murderers, thieves, and general scoundrels best watch out because Luther is back on the beat. Yes, Idris Elba has confirmed that the Luther movie has finally started filming. The Suicide Squad star made the announcement on Twitter sharing a picture of the action movie’s clapper board and Luther’s crumpled grey coat, along with the caption, “Oi…… I’m back!”

The Hollywood Reporter broke the news that the BBC and streaming service Netflix were developing Luther’s first big-screen outing. The movie will be a continuation of the popular TV series. Although plot details are being kept under lock and key, we do know the thriller movie will see the gruff detective face off against a “double threat” of Andy Serkis and  Cynthia Erivo.

Interestingly THR reports that while Serkis will be the film’s criminal villain, it’s Erivo who’ll be Luther’s primary antagonist, with the publication going so far as to describe her as Luther’s “nemesis”. Current speculation is that Erivo will be playing a police officer investigating the dramatic events of the season 5 finale, which saw Luther arrested for the death of his arch-foe Alice.

The Luther movie is being directed by The Alienist’s Jamie Payne using a script from the show’s creator Neil Cross. In an interview with The Radio Times, Cross promised that the Luther movie would be “bigger and better” than the series.

Cross also said that he wouldn’t rule out doing another series of Luther. “I think the thing with Luther is never to rule out anything. All we’ve ever wanted to do is, within the parameters that we’re given, make the best possible show,” he said. “What we’ve been able to do [with the movie] – having delivered every episode of Luther on budgets which are comically small – is to have a wider canvas and a bigger budget to tell the kind of stories that we’ve always wanted to be able to tell.”

Luther seasons 1 through 5 are available in the UK on BBC iPlayer now. 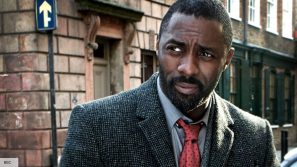