A common complaint levelled at superhero films is that they’re all the same. While we can argue until we’re blue in the face about the reality of that particular accusation, the fact is that James Gunn isn’t a filmmaker who’s content to play it safe and nothing proves this quite like his new DCEU movie The Suicide Squad.

A sequel (sort of) to David Ayers’ 2016 film, The Suicide Squad sees Amanda Waller (Viola Davis) recruit a whole new team of former supervillains to Task Force X. Nicknamed the Suicide Squad, Task Force X uses supervillains as disposable soldiers (with bombs in their heads to stop them running away) who are sent on extremely dangerous missions that they’re unlikely to return from.

This time around, the Squad’s members are Rick Flagg (Joel Kinnaman), Harley Quinn (Margot Robbie), Bloodsport (Idris Elba), Peacemaker (John Cena), Ratcatcher (Daniela Melchior), King Shark (Sylvester Stallone), Polka-Dot Man (David Dastmalchian), Weasel (Sean Gunn), and a few other new and old faces. The team is tasked with infiltrating the island of Corto Maltese, a former US ally who’s just undergone a coup. Once they’re on the island, the Squad has to track down The Thinker (Peter Capaldi) and stop Project Starfish, whatever that is.

Easily the best DCEU film we’ve had so far, The Suicide Squad is a hyper-violent, darkly hilarious explosion of gore and irreverent humour that manages to balance exciting set pieces with some great and surprisingly touching character work.

The Suicide Squad works best in the moments between set pieces when the Squad’s quirky and exciting characters are allowed to bounce off each other. An early highlight is the tension between Peacemaker and Bloodsport. Both Cena and Elba are clearly having a lot of fun with each other as these two alpha males lock horns. 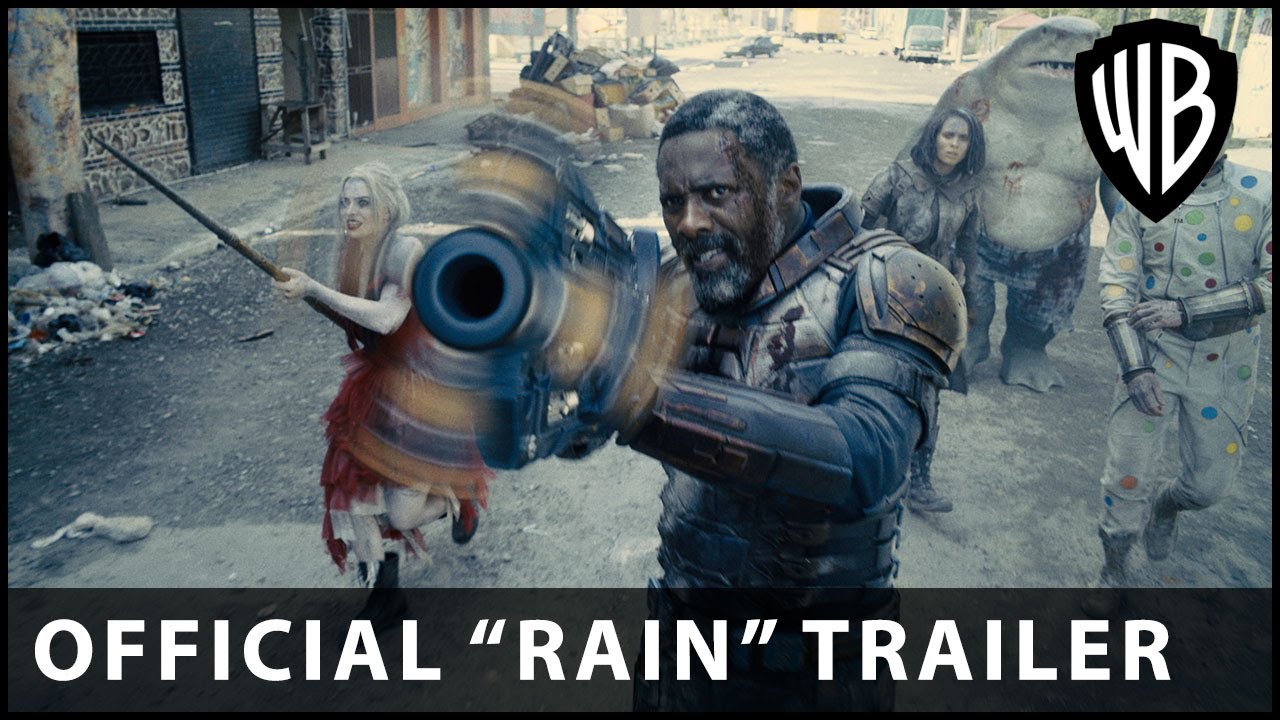 While there are too many characters to go through individually, there are a few who deserve mention. Idris Elba manages to make Bloodsport likeable, despite the fact he’s clearly not a particularly good guy. While part of this is due to Elba’s undeniable charisma, it’s his relationship with Ratcatcher that truly softens his character’s harder edges.

Speaking of Ratcatcher, it’s surprising how much time this relatively obscure villain gets. She’s definitely the heart of the film and, indeed, the Squad, grounding the selfish and amoral team in something approaching selflessness. I was genuinely shocked how affecting I found her brief storyline, and it worked as a nice palette cleanser for the movie’s general irreverent spirit.

David Dastmalchian’s unhinged Polka-Dot Man also deserves mention. While he starts as Norman Bates with superpowers, he very quickly evolves into the closest thing the Squad has to a superhero.

Peter Capaldi is also on top form as The Thinker. While he doesn’t get too much screentime, he gets one extremely memorable monologue where he’s one part Malcolm Tucker, one part Doctor Who, with just a pinch of homicidal villain sprinkled in for good measure. “Yankee f*cking doodle”, indeed! 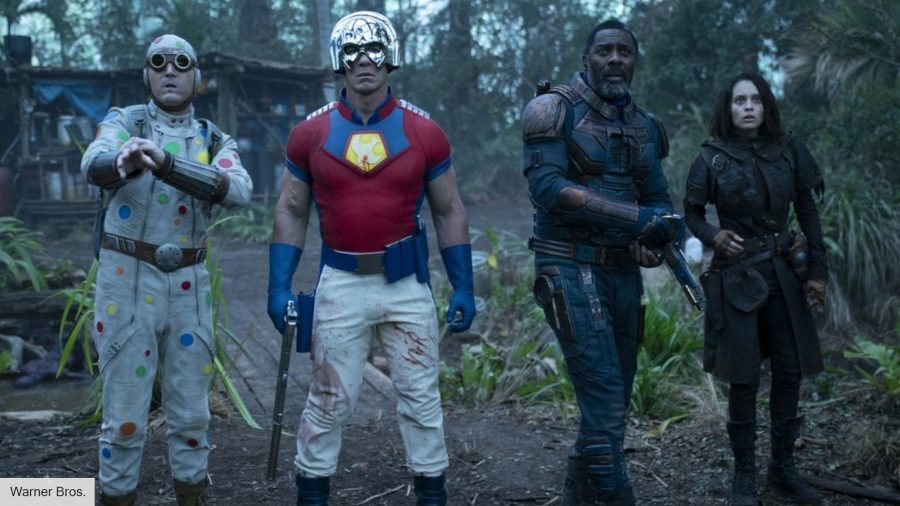 The set pieces are also a step up from Gunn’s usual action scenes. In the past, his fights have been functional if slightly unmemorable affairs. The Suicide Squad, however, opens with the best action scene set on a beach since Saving Private Ryan, which serves to set the tone for the rest of the film and demonstrate how disposable the members of the Squad truly are.

It’s in this opening scene that the film sets out its key themes and message. The Suicide Squad is about interventionism and the way the US government treats soldiers as disposable. To us, it has echoes of the interesting reassessment of police and superheroes in the media. While we don’t want to get too much into the argument that the superhero genre is inherently fascist, there is something to be said about the way these films are often about maintaining the status quo and how The Suicide Squad rejects that formula.

Make mine Marvel: The Marvel Cinematic Universe in order

It’s fascinating that a feature led by out and out supervillains is so critical of American foreign policy. When the Squad refuses to abandon Corto Maltese people despite orders to the contrary, it feels like an implicit criticism of American interventionism and their tendency to abandon their allies whenever it becomes politically inconvenient to support them. We see countless times in the movie that the US government is willing to cut and run when intervention no longer supports its interests, and I couldn’t help but be reminded of America’s withdrawal from Syria and their abandonment of the Kurds.

Warners has been very open about the fact it gave Gunn complete carte blanche on this film, and that creative blank cheque is both a positive and a negative. While it allows the director to indulge his delightfully odd sense of humour and draw on his early brilliantly weird movies like Slither and Super, a little bit of Gunn goes a long way. 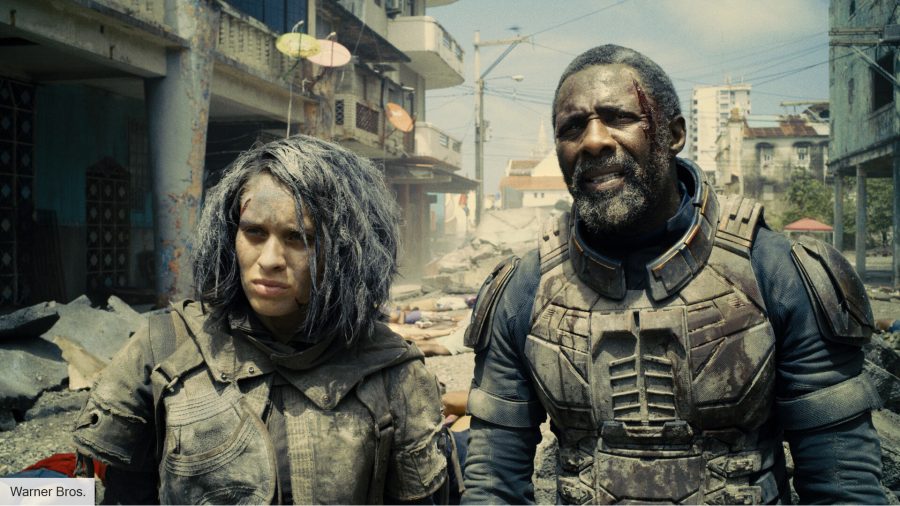 Nowhere is this more notable than in the final act, which is, to be honest, a mess. The weirdness achieves critical mass and the film starts to collapse in on itself a bit narratively. You can feel everything speeding up as it goes along, almost as if it’s somehow achieved sentience and realised it’d spent so long on flights of fancy it needs to rush to a conclusion. This isn’t helped by the choice to use a non-linear narrative which is fun at first but starts to feel like a crutch later in the movie.

The final bad guy is also particularly underdeveloped, serving less like a character and more of a physical obstacle for the Squad to overcome. It’s a shame because the villain actually presents a terrifying threat on the surface, but beyond a few sensational moments of horror, The Suicide Squad seems uninterested in exploring the consequences of being a victim of this dreadful bad guy.

It came from the stars! Best Alien movies

The musical choices were also slightly disappointing. Aside from some Johnny Cash early in the movie, I was surprisingly let down by the movie’s many needle drops. None of the songs are bad, they’re just not as interesting as the musical choices used in the Guardians of the Galaxy movies.

All this aside, though, The Suicide Squad is an incredibly fun movie that’s less concerned with making sense and more interested in showing off all its weird and wonderful characters. It’s great to see such an odd superhero movie that feels like the product of a singular vision rather than built by committee, and I hope we get more like it in the future.

Spectacularly gory and wickedly funny The Suicide Squad flips the superhero genre on its head with villainous delight for good and bad.