The cast of Martin Scorsese’s next thriller movie is growing. John Lithgow, of Dexter fame, has joined Killers of the Flower Moon.

In Scorsese’s typically cheerful fashion, Killers of the Flower Moon is about killing spree in the 1920s Oklahoma, where members of the Native American tribe Osage Nation were murdered in what’s been dubbed the ‘Reign of Terror’. DeNiro, DiCaprio, and Scott Shepherd play William Hale, Ernest Burkhart, and Bryan Burkhart, respectively, the three men who orchestrated the murders to try and get the rights to the oil under the Osage Nation’s land. The ensuing FBI investigation received national coverage in the US, with involvement from J. Edgar Hoover, was appointed director of the bureau in 1924.

This isn’t the only major project Lithgow has lined up. He’s also reprising his role as the Trinity Killer for Dexter season 9. We don’t know how big or small his appearance will be, but he and Dexter have some unfinished business that should make for an intense meeting.

Killers of the Flower Moon is being distributed by Paramount and streaming service Apple TV Plus, marking Scorsese’s second streaming movie since The Irishman on Netflix. Watch this space for more when we have it. 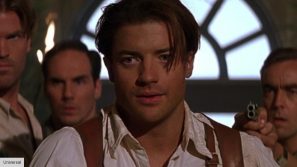