Brendan Fraser is back! According to Deadline, The Mummy star has joined the cast of Martin Scorsese’s new thriller movie Killers Of The Flower Moon. They report he’ll be playing lawyer WS Hamilton in the crime drama, based on David Grann’s bestselling book of the same name.

Starring alongside Fraser will be Robert De Niro, Leonardo DiCaprio, Lily Gladstone and Jesse Plemons. Set in 1920s Oklahoma, the movie will tell the true story of a series of murders among the Native American Osage people after vast oil deposits were discovered beneath their land.

Killers Of The Flower Moon has been in development now since at least 2016, when a bidding war broke out for the rights to the book. In 2017 it was announced that Scorsese, De Niro, and DiCaprio were making the movie using a script from Forrest Gump and A Star is Born writer, Eric Roth. Filming on the movie began earlier this year and is expected to finish this November.

In the meantime, you can see Fraser in Steven Soderbergh’s new movie No Sudden Move, alongside Don Cheadle, Benicio del Toro, David Harbour, and Jon Hamm. Boasting an impressive 90% on Rotten Tomatoes, No Sudden Moves focuses on a group of thieves tasked with the simple job of stealing a document. As you might expect, things don’t go to plan…

Killers of the Flower Moon is being produced by Paramount Pictures and the streaming service Apple TV Plus. It’s not got a release date yet, but we’ll be sure to let you know when they announce a date. In the meantime, check out our list of the best movies ever made. 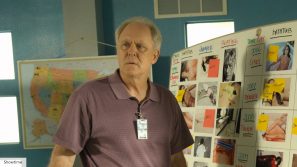