When does Dexter season 9 start airing? After a decade in hiding, Dexter Morgan and his dark passenger are about to start killing again. Or, at least, they’re inviting us to come watch them murder again. Now in a small, snowy town in upstate New York, Dexter’s living a quiet life, but it’s about to get a lot noisier.

In 2013, the final season of Dexter brought the TV series to a contentious end. Now, the original showrunner is back to give our favourite blood splatter expert the goodbye he deserves. Or maybe this isn’t a farewell, maybe this is another re-introduction and we’ll get several more seasons of Dexter trying to keep his second life a mystery. We don’t know.

What we do know is when it’ll start airing, a significant chunk of the cast, and some more pieces of evidence that we’ve found scattered around the information super-highway. We’re no FBI, but we know how to round-up worthwhile information when it comes to TV and movies. That’s exactly what we’ve done for you here, though do mind the blood, this is a crime scene, y’know.

What is the Dexter season 9 release date?

Thanks to a new trailer that was unveiled during [email protected], we know that Dexter’s ninth season starts airing on Showtime on November 7, 2021. Entitled Dexter: New Blood, it’ll run weekly for ten episodes.

Production only came to a close in August. Scott Reynolds, one of the writers, shared a picture of he and Hall on Instagram. “Words can’t describe how honored I am to get to write for this guy,” Reynolds said of Hall. “He’s amazing and I can’t wait for you all to see what we’ve done.”

Showtime is an American network that’s only available to US viewers, who can use Showtime on Demand to catch-up with episodes after they air. Arrangements for UK audiences remain to be seen – watch this space.

Is there a dexter season 9 trailer?

Showtime has released a couple of trailers for the return of Dexter. The first, above, is more about Dexter’s dark passenger. A second, released in September, gives a more rounded view on where we find our favourite serial killer antihero.

Another killer is stalking the small town he’s found himself in, and his sister Debra’s re-introduced. she challenges Dexter on the fact he’s also a killer, while investigating the same murderer. In a monologue, Dexter calls himself an “evolving monster”.

What is the Dexter season 9 plot?

Along with the trailers, we got an official plot synopsis. Dexter has lived in Iron Lake, a small, unassuming New York town, but when something sends ripples through the community, he may have to get into some old habits.

It sounds very like the formula that worked in the show originally, where Dexter would face another serial killer, and have to race against local authorities to get to them first. The Trinity Killer in season four is a perfect example, and widely believed to be the best season so far. This all makes sense, since Clyde Phillips, who was showrunner for seasons one through four, has returned for New Blood.

The full synopsis is as follows: “Set ten years after Dexter went missing in the eye of Hurricane Laura, the series finds him living under an assumed name in the small town of Iron Lake, New York. Dexter may be embracing his new life, but in the wake of unexpected events in this close-knit community, his Dark Passenger beckons.”

Who is in the Dexter season 9 cast? 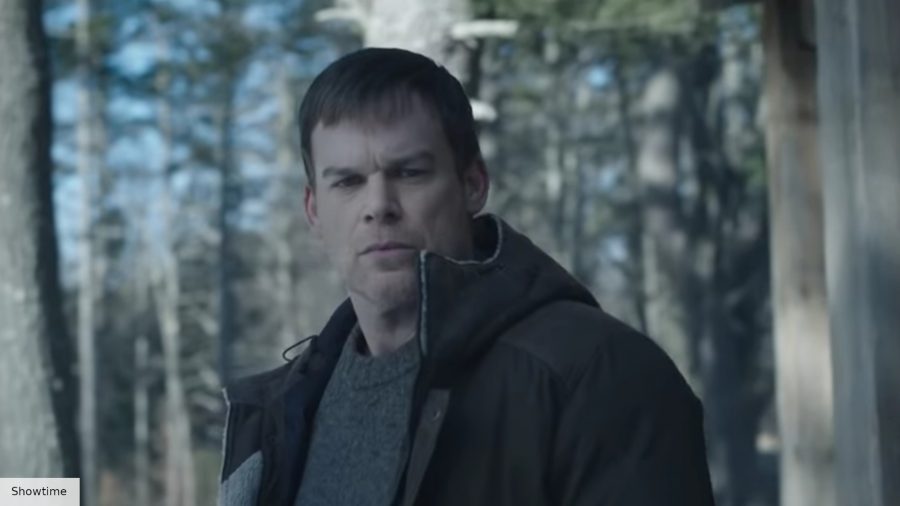 A few returning faces are among the newbies to Dexter Morgan’s life. Michael C. Hall reprises Dexter, and John Lithgow is expected to return as the Trinity Killer. Jennifer Carpenter, who played Morgan’s step-sister Debra, is reported to be involved somehow, but without going too into spoilers, that’s easier said than done.

Five new cast-members are confirmed: Julia Jones, Alano Miller, Johnny Sequoyah, Jack Alcott, and Clancy Brown. Going by the trailer, Jones plays a local detective who develops feelings for Dexter. Alcott is a true crime obsessed podcaster, which should be very fun for Dexter when he starts sniffing around his cases, and Brown is believed to be playing the main antagonist, the mayor of Iron Lake.

Right now, that’s all we know, and the description of the trailer says production is still ongoing, so keep an eye out for any more blood in the snow. 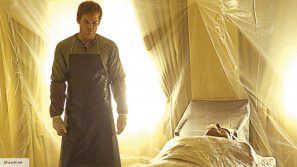