The next season of The Crown features Imelda Staunton as Queen Elizabeth II, and we’ve got our first look at her in costume. The TV series is currently filming its fifth season for streaming service Netflix.

The official account for the drama shared the image, with the caption, “An early glimpse of our new Queen Elizabeth II, Imelda Staunton.” She’s wearing a yellow outfit, and her hair looks on point. Staunton is taking over the role from Olivia Colman, who portrayed Queen Elizabeth II for two seasons. Every two seasons, the casts change, and now we’ve a new Queen, along with a new everyone else to meet as well.

She joins Jonny Lee Miller, who was previously announced to be played former prime minister John Major. This upcoming arc takes us into the ’90s, for the story of Princess Diana, as played by Elizabeth Debicki. It’s believed the season will include her Panorama interview from November 1995, a national TV appearance that swiftly became infamous. Each season covers one Prime Minister, and John Major held the position from 1990 to 1997, leaving plenty of room for other plot points.

Other confirmed cast-members are Princess Margaret (Lesley Manville), and Prince Philip (Jonathan Price). The Crown has become quite prestigious for Netflix over its four season thus far, with Gillian Anderson earning an Emmy award for her portrayal of former Prime Minister Margaret Thatcher in season four. She acted alongside Olivia Colman, who was Emmys in 2020 and 2021 for her performance of Queen Elizabeth II, leaving big shoes for Staunton.

The Crown season five began filming in June, and it’s unknown when we’ll get to see it. Right now, 2022 seems the most likely possibility. Here’s the best family movies in the meantime. 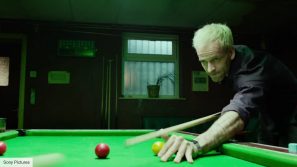