Before one was a defining director in the Marvel Cinematic Universe, and the other created one of the best TV series ever, James Gunn and Craig Mazin made a different superhero movie. Not anything Marvel or DC, or based on any existing property. No, it was fully original, though some of its ideas are more recognisable today.

In 2000, they collaborated on The Specials, a low budget comedy movie about a dysfunctional, D-list team of heroes. Mazin made his directorial debut on the feature, while Gunn stepped away from Troma to write, co-produce, and co-star. According to an old commentary track, the screenplay was Gunn’s gateway to Hollywood.

A partial mockumentary, the titular group undergoes a transformative day, starting with a new member joining, then a disastrous new licensed product launch, and ending with a betrayal. Rob Lowe, Paget Brewster, and Thomas Haden Church lead the ensemble cast, and if this weren’t two decades old, you’d think it’s a blatant pitch for The Boys.

The first major scene is a meeting between all the Specials, to introduce the latest recruit Nightbird. Immediately, you can hear the acerbic wit and rhythm in Gunn’s dialogue. Even then, he understood how to make a room of not altogether likeable characters captivating.

Church’s The Strobe goes to retell his origin story, something Jamie Kennedy’s Amok is sick to death of. The Strobe does it anyway, out of spite, in a way you can absolutely imagine Peter Quill doing to annoy Rocket Raccoon in Guardians of the Galaxy.

Not into heroics? The best science fiction movies

Judy Greer plays Deadly Girl, who can enter the realm of the dead on a whim, Jim Zuzelic is Mr Smart, an inventor who believes he’s the smartest man on Earth, and Kelly Coffield is Power Chick, a woman that can morph into any material or substance. They all seem to just about tolerate each other, except Power Chick, who’s content tending to her garden and doting over Alien Orphan, a green extra-terrestrial played by Sean Gunn. 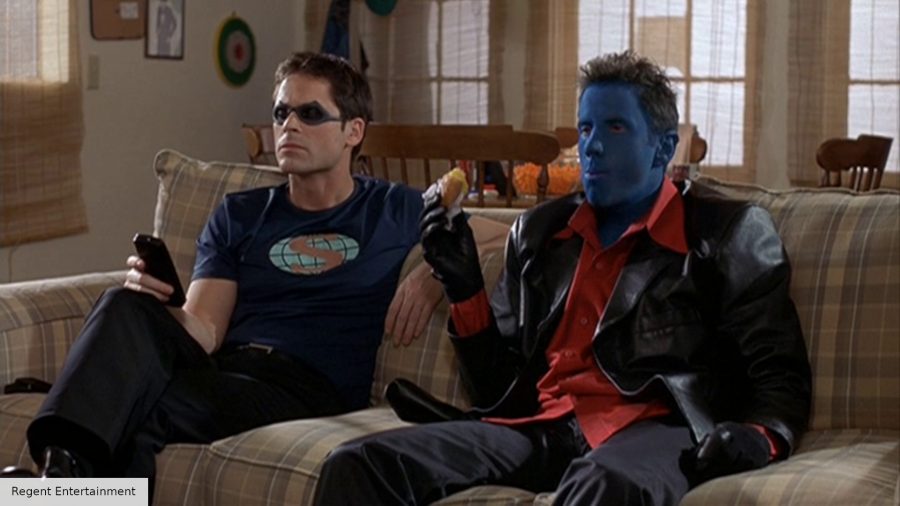 Frustration is the presiding sentiment: most of them want to be more famous, or have greater wealth, or just generally be cooler. If it wasn’t apparent enough this was a manifestation of Gunn and Mazin’s own desires to get bigger work in the movie industry, the fact Gunn’s character flirts with the Nightbird within the first ten minutes makes the author-insert fantasy very clear.

This is both for good and ill. The barbed cynicism towards commercial pop culture makes for some hilarity. One character, Eight, is some failed experiment that manifests as eight different people at once. A mock commercial reveals the toys based on The Specials, and they look nothing like the group due to audience-testing and other factors. Production licensed the faces of actors Richard Dawson and John Schnuck, neither of whom are in the film, for the action figures to hammer home the point.

It’s all very The Boys, some six years before the comic by Garth Ennis and Darick Robertson debuted. Our hierarchical understanding of superheroes is similarly applied to a real world setting, and mixed with some workplace comedy, complete with disdain for those at the top. 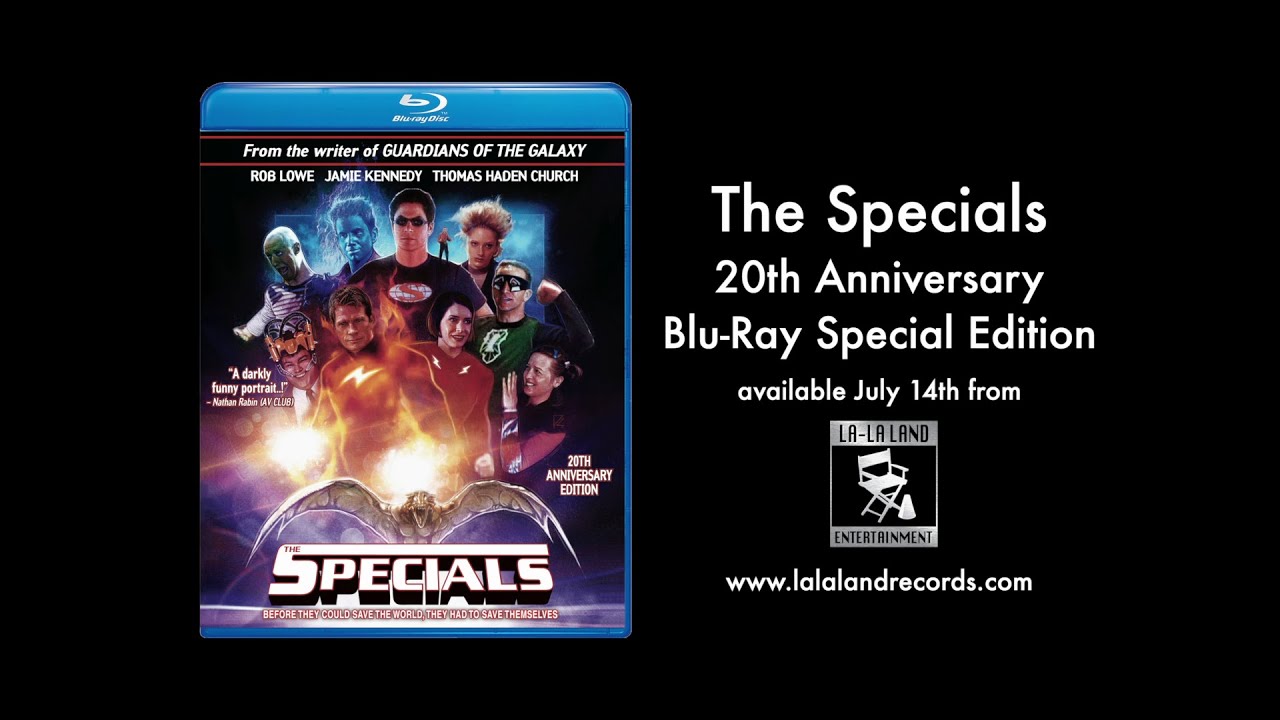 The Specials is more hapless than The Boys, though, and less bloody. Where Ennis and The Boys showrunner Eric Kripke manifest a certain anger towards the big two comics publishers, Gunn and Mazin are more interested in humanising the people behind the powers, and examining the ways they’re still deeply insecure.

Resistance to classic hero archetypes is something that’s served Gunn through his career, from Super, to Guardians of the Galaxy, and The Suicide Squad. All stories about misfits that don’t fit into typical structures of heroism, but do good anyway, despite carrying intense personal trauma on their shoulders.

Where it becomes an issue is in just how absolutely late-’90s the humour is. Chauvinism exudes from every pore, if it’s not Amok talking about the time he melted someone’s behind off, someone else is staring at a woman’s chest, or trying to flirt with them. And let’s just say some distressing choices were made for Alien Orphan. 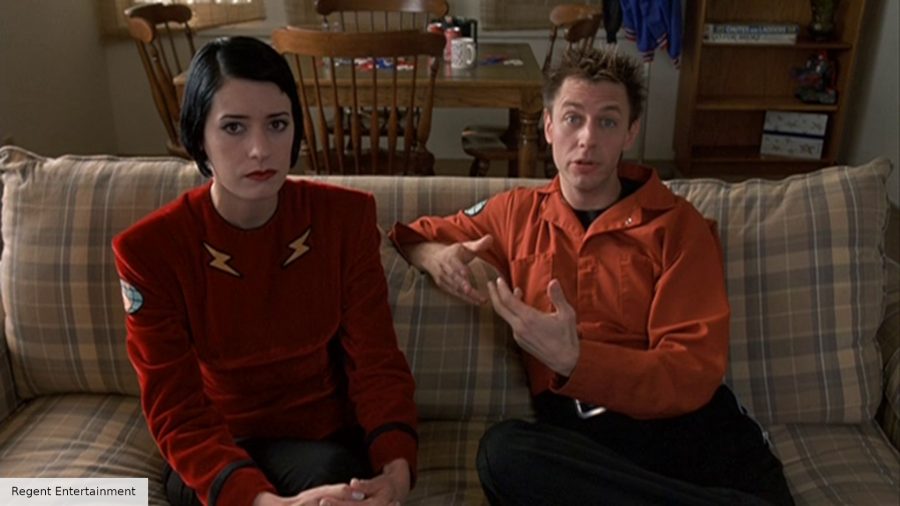 Gunn’s commentary points out he and Mazin had contrasting ideas. The future Suicide Squad filmmaker envisioned it a little more anarchic, using camcorders and such to make feel a like an actual docuemntary, where Mazin’s direction is more deadpan with talking heads spliced in. Both would go on to do sequels and licensed work, Gunn writing the live-action Scooby-Doo next, and Mazin working on Scary Movie sequels and spin-offs.

The next time Mazin would direct a passion project, it’d be HBO’s Chernobyl, a grim dramatisation of the Chernobyl nuclear disaster. After all those years working in satire, he finally got his chance at proper drama, and next he’s making The Last of Us TV series.

Gunn’s now largely doing what he did in The Specials, just with the biggest comic book franchises in the world. If there’s anything to be gleaned from this, it’s that perseverance is a creative asset, and you never know where your ideas might take you. Edgy jokes aside, this is worth a revisit, especially if you’ve always wanted to know what Gunn’s superpower of choice would be.