In Apple TV’s new sci-fi series Invasion, the world faces a threat from another world that catches us completely guard. Devastating and mysterious, these invaders cause all sorts of disasters around the globe, forcing us to scramble to find a solution against the intergalactic threat.

The TV series, created by Simon Kinberg and David Weil, gives us a worldwide perspective on the chaos, with plotlines following characters across several major cities. You’ve got Britain, Afghanistan, Japan, and the US, each with disparate heroes that are doing their best to figure out what’s next in the face of such distress.

It’s more than a little relevant to our current situation, now almost two years into the Covid-19 pandemic. We chatted to one of the stars, Shamier Anderson, about the scale of production, what it was like filming those UFO encounters, whether he’s in the MCU, and the ways he kept a hold of Trevante’s humanity. He tells us a little about his acting technique, and shares a couple of musicians that kept him on the level while shooting.

TDF: When you were preparing for this role, did you have any idea of the scale of Invasion?

Shamier Anderson: No, I had no idea. They told me that this was definitely going to be one of Apple’s flagship shows, so to speak. And at the time I was like ‘Alright, cool’, but then being on the set, being in these different locations, understanding the cast, understanding that there were things filming while I was filming in other parts of the world. It started to sink in a little bit more how big this television series was, even though it felt like a film.

The long and short of it is, you know, just making sure the truth remains. As an actor, on stage are these big sets, the lens, all the rest, but you just got to make sure, in that box, that the audience is watching you, and it’s true. And that’s all that really matters.

Do you think that Invasion, and what Apple TV is going for, is evolving what TV can be?

Yeah, 100%, I mean, I’m new to this business, and I’m so blessed to have a really positive trajectory. Things are just leveling up organically. And I think this was just another level up in my career as an actor. And I just think, for me, personally, this was the next best step for me. And I do think, industry wide, as we’ve known and learned, you know, War of the Worlds, for example, was the version of this show once upon a time

And now to be able to tell these stories, on the medium of television or on a streamer goes to show just the evolution of entertainment, and what audiences are really attracted to, and how they want to consume content. And it’s really special to be able to essentially shoot with a big movie budget with a television format. 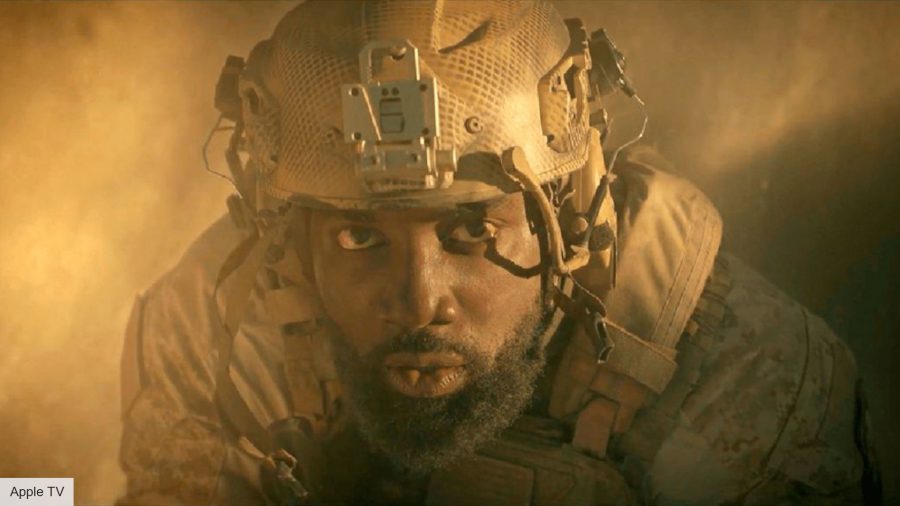 Your character has the dubious honour of being the first to encounter the aliens and live to talk about it. What was shooting that scene like? Were there any stand-ins for the giant alien ship?

Anthony, they actually had an alien come in, what are you talking about? They don’t half ass it. They called Spielberg, Spielberg called a couple people he knew through ET, but then he couldn’t get that person, they were unavailable, so we called Nolan and then – nah I’m joking, that’s just my own little tangent.

But no, that’s what you call acting. I’ve said it before, I’ll say it again, I call it the Godzilla face. [Pretends to be looking at Godzilla] That Godzilla face you have, you know, as you’re able to look up, and it’s that fear, whether it’s a green screen of green ball, or just looking at whatever, you have to really channel that.

The throughline is fear, and I think that’s something that’s universal itself. Everyone experiences fear. I think that’s the ultimate throughline, whether it’s an alien, whether something’s about to happen to you, whether it’s a loved one that’s in danger, you know, that feeling is universal. And so, I was using a lot of a lot of sense memory work, in my training and in the work that I wanted to do for this character, a part of that is what I use to kind of access those emotions.

But in short, dude, it was just us looking at a big green screen or a tennis ball and most of the time they’re just looking in the sky because the ship was so big. They didn’t really have enough to make it work, so we had to look in a general area and they’d say ‘Action’, and we’d be all ‘Alright, it’s spawning. Alright, crap, I got you’. You have to do all this stuff, and it’s a lot better than what I’m showing you now.

You’ve got some smaller character scenes before and after that big action scene, what was your emotional anchor to keep your performance grounded? 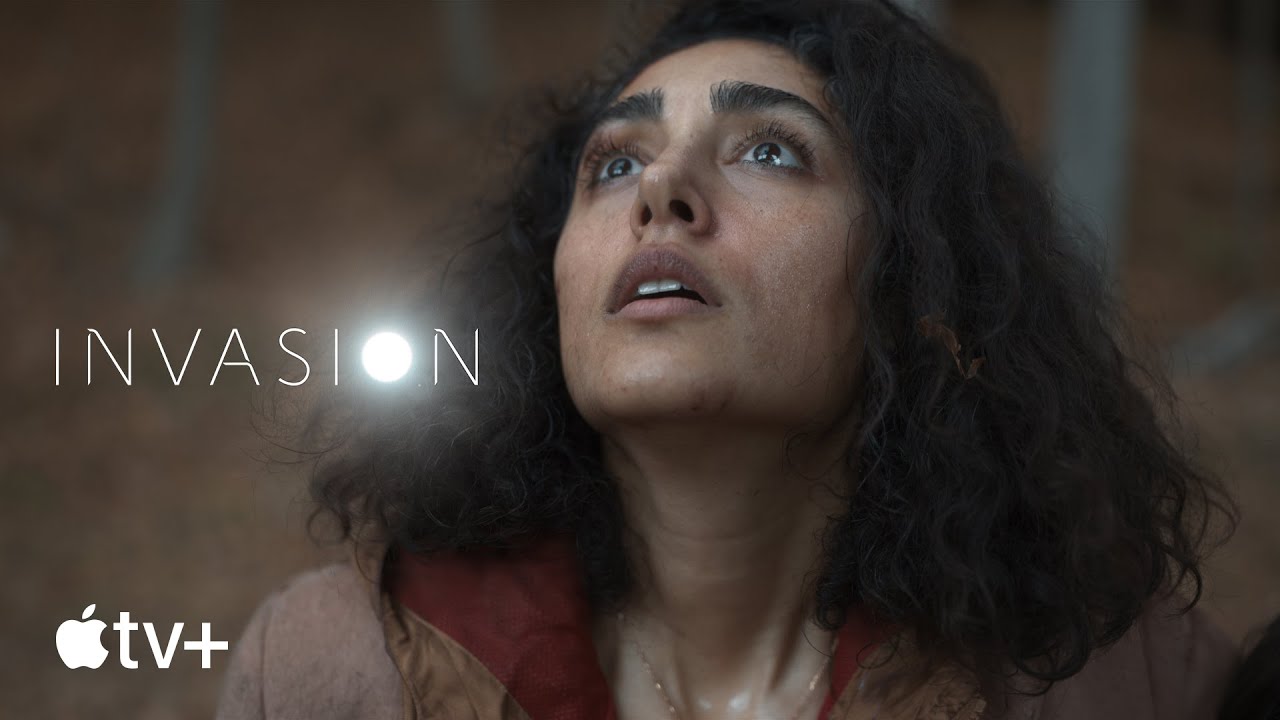 I think him wanting to be home, everybody knows what it feels like, right. And so that was, to me, a big anchor. So a lot of the time in my off time, I would look at pictures of my family members. Actually in my vest, I had photos of my family. I would try to personalise any of the objects that I had that were just props for me, and bring from home stuff I would use for my personal items, you know, with my work, just to have that sense of realism and wanting to go home.

And because I was filming in Morocco for an inordinate amount of time, I just kept channeling wanting to be back home. It was a tumultuous process for me emotionally to be honest. A lot of Bob Dylan during this time is really cool, I listened to a lot of Johnny Cash as well.

You’ve got quite a few projects coming up – we know you’re in John Wick: Chapter 4. Did working on the action in Invasion help prepare you for that?

150%! Haha, I mean, John Wick 4 is a whole other beast of action, but there’s definitely some parallels, and one definitely complements the other, for sure.

I’m going to ask this question but I don’t think you’ll give me an answer – it’s been rumoured you’re in The Marvels, can you confirm or deny you’re joining the MCU?

The themes of Invasion are very relevant with the pandemic, and all of us facing this global issue together. What do you hope people get from the show?

Listen, I’m just an actor you know, doing role-play, but there are definitely mediums like this that can offer another perspective on how we look at mankind, especially amid chaos, and just showing that we’re a lot closer than we think. And despite what you’re going through, we’re very connected to say the least – more connected that we think. 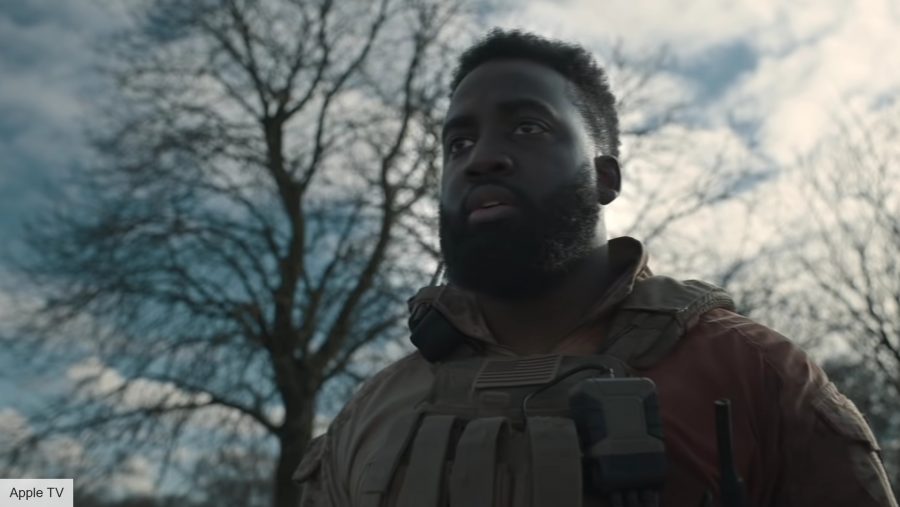 One last question – now that you’re moving into more movie work, can we expect to still see you in the world of TV? Would you do another Wynonna Earp, say?

Wow, you brought up Wynonna Earp – Wynonna Earp! I mean, listen, I’m on a ride right now, man, I’m just enjoying the journey. I’m enjoying the journey and I’ve had a great career so far. And you know, it’s guys like you I like to speak to, that can tap into some of my older work, like Wynonna Earp, but I’m gonna say hopefully one day I can just continue doing what I’m doing, and maybe I’ll be in a Marvel film.

Maybe I’ll be the next James Bond, maybe I’ll be doing Invasion season 30, who knows. I’m just enjoying this, man, I’m just a kid from Toronto who loves to act. So that’s what I keep doing.

Invasion premieres on Apple TV October 22, with episodes running weekly every Friday after that. 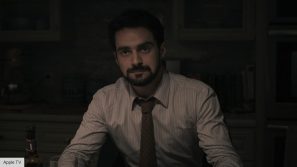 Firas Nassar: “Invasion is history”
Get involved Continue the conversation over on The Digital Fix Forum