The next Ice Age family movie is coming to streaming service Disney Plus next year. Ice Age: Adventures of Buck Wild is a spin-off starring Simon Pegg that involves the world of the dinosaurs.

In the first trailer, we see Buck, Crash, and Eddie crash through some ice and down into the ‘lost world’, where Tyrannosaurus Rex, Pterodactyls, Triceratops, and more still roam free. It’s the “most dangerous” region in the world, according to Simon Pegg’s Buck, who now has to help keep Crash and Eddie alive in this predatory, ancient land. While they’re are it, Sid the sloth, Diego the sabretooth tiger, Ellie the mastodon, and company are searching for their friends, leading to what should be a wholesome family reunion. Aww.

John C Donkin is directing the animated movie, for 20th Century Animation. He’d previous co-produced the Rio series of kids movies, and this will be his directorial debut. Talk of an Ice Age spin-off stretches back to 2018, and the original plan was to do an animated series before pivoting to a feature.

In addition to the trailer, Simon Pegg provided a humourous video celebrating Disney Plus Day, with an ice sculpture. Unfortunately, the sculpture melted because he got the day wrong. Better luck next time! 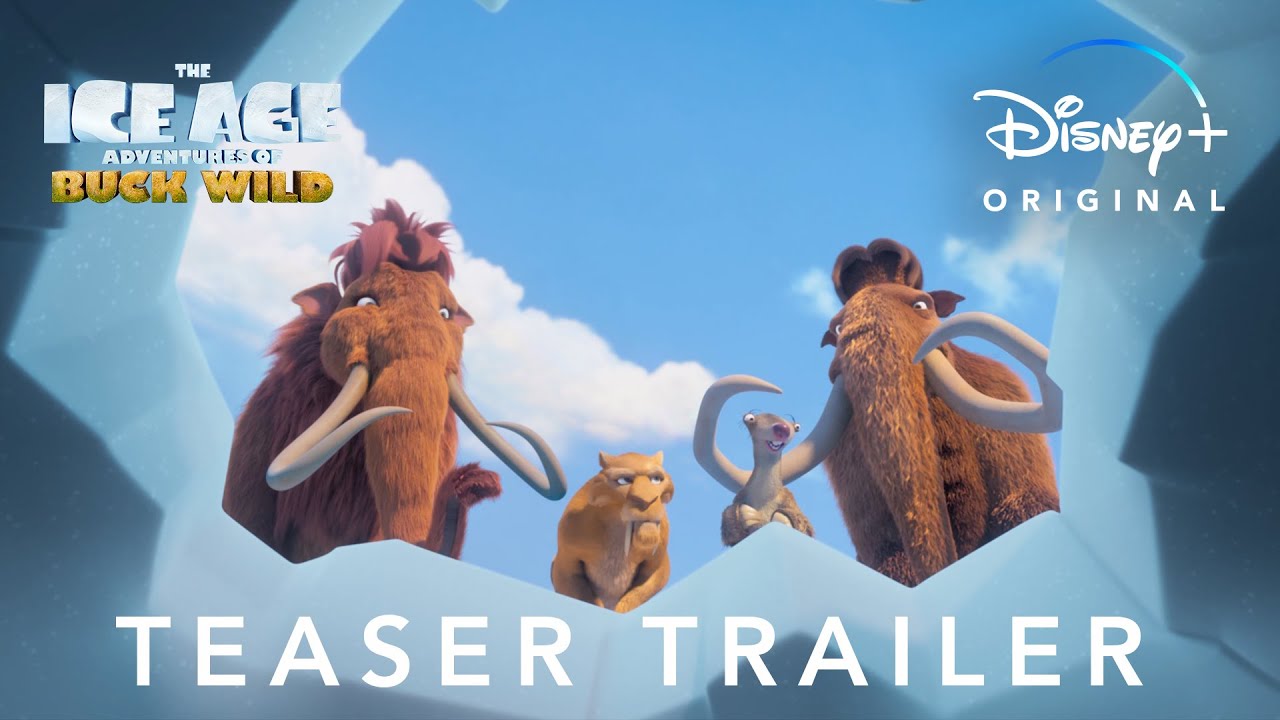 We can’t see it, but we’re 100% certain @SimonPegg’s ice sculpture was one for the ages. #DisneyPlusDay @IceAge pic.twitter.com/jO9ER2q6Ey

The announcements on Disney Plus Day are celebrating the second anniversary of the platform’s launch. Jungle Cruise and Shang-Chi were both added to the service, while more releases are teased and discussed. Ice Age: Adventures of Buck Wild is due to arrive in early 2022.