It’s time to lock your doors and hide your kitchen knives because Michael Myers is gearing up for more slasher fun. But when can we expect the famous killer to terrorise the big screen once again? After some high-class serial killer stalking of our own, we’ve managed to round up all the scream-worthy info on the iconic murderer’s upcoming film, Halloween Kills.

Few franchises are as beloved as John Carpenter’s Halloween, the story about a suburban (maybe supernatural) serial killer who dons a washed-out mask, stalks his victims, and goes about on his merry murderous way. Carpenter’s first Halloween film came out in 1978, and to this day still stands as one of the best horror movies of all time. Despite a handful of follow-up films to the creepy masterpiece, in 2018 the franchise was retconned by David Gordon Green, who made a direct sequel to the original ‘70s movie. In Green’s film we see OG survivor Laurie Strode (Jamie Lee Curtis) face off against Myers again, this time older, traumatised and fully armed. The movie ended on a cliffhanger, and fans have been waiting patiently for its sequel, Halloween Kills, for over a year.

It’s safe to say that the slasher hype is real, and already people are hoping that this will be a defining feature in the entire Halloween franchise. John Carpenter himself teased that Halloween Kills won’t disappoint, saying, “It’s fun, intense, and brutal, a slasher movie times one hundred, big time. It’s huge. I’ve never seen anything like this: the kill count!” So it’s time to get excited, and get into the spooky spirit. Here is everything you need to know about the highly anticipated movie, Halloween Kills.

What is the Halloween Kills release date?

Halloween Kills is set to have a theatrical release later this year, on October 15 2021. Like most recent films Michael Myers’ killing spree was delayed thanks to Covid-19. Originally Halloween Kills was meant to open October 16 2020. But hey ho, even the famed serial killer can’t stop a pandemic. The good news is that this new date looks pretty much set in stone – touch wood – as the movie wrapped filming in 2019, and will have its world premiere at the 78th Venice International Film Festival next month on September 8.

Currently, no more delays or production setbacks have been announced, and a new teaser trailer from the upcoming movie’s soundtrack still advertises that the film will come out on October 15 as planned. 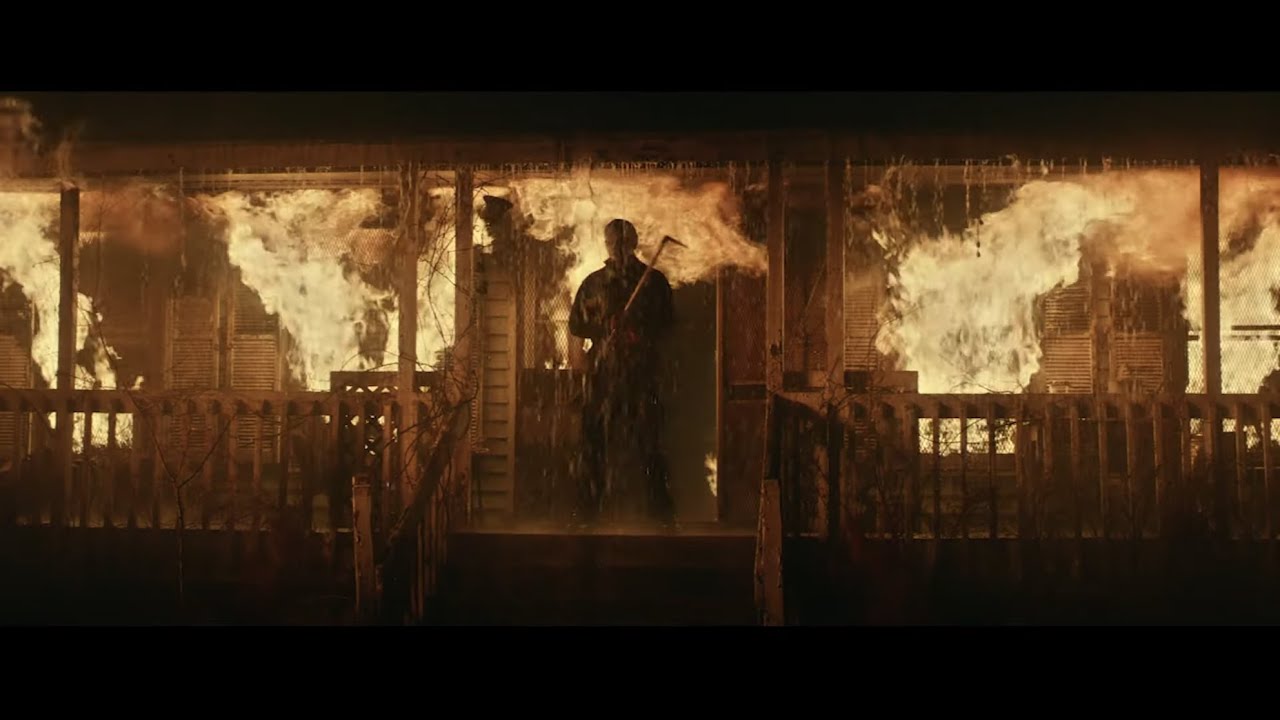 Theatrical releases have been a bit rocky recently, thanks to the recent surge in Covid cases due to the Delta variant. However, we are hopeful that Halloween Kills’ theatrical release won’t be pushed back, and that our spooky seasons won’t be ruined. Blumhouse Founder, Jason Blum, has also said during an interview with Forbes that “Halloween Kills is coming out next October come hell or high water, vaccine or no vaccine. It is coming out.” So, with that in mind, the future looks bright for our boy Michael Myers, and all his blood-soaked antics.

What is the Halloween Kills plot? 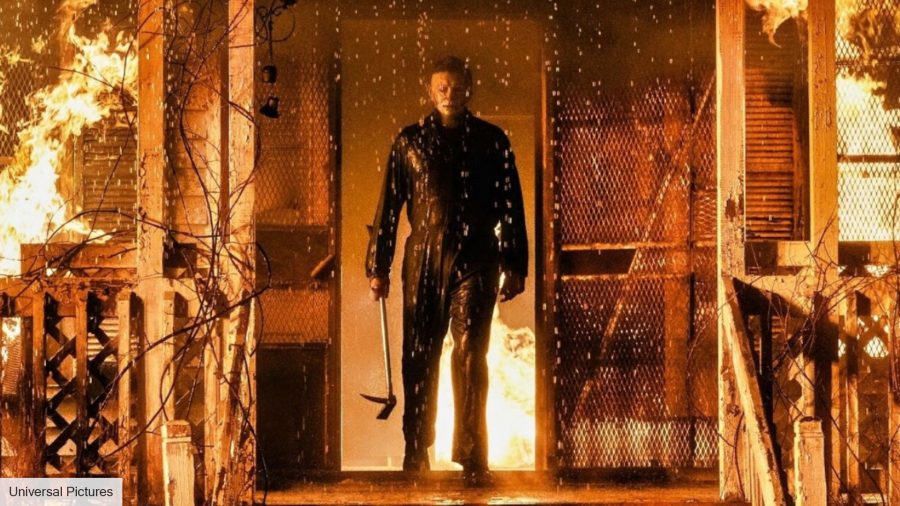 The new movie picks up pretty much where the 2018 film left off, since, surprise, Michael Myers is still alive. The first movie ended with the masked killer facing off against a combat-ready Laurie Strode, and her family. Myers is overpowered and locked in the basement of a burning house. All appears well with the killer presumably dead – that is until the post-credit scene hits. In said scene, we see Myers breathing, revealing that the murderer is still alive.

Cue Halloween Kills, Myers is back on his feet and is ready for some revenge. In the movie’s trailer, we see the fire engines rushing towards the house, much to Laurie’s dismay, and Myers emerges from the flames with an axe in hand, no doubt ready to take down some firefighters as a slasher warm-up before he comes after Laurie and her family once again. It seems like the ex-babysitter can never catch a break.

Back from the dead: Best zombie movies

Most slasher fans will probably have some kind of idea on how Halloween Kills will play out. The Halloween slasher formula is iconic, and one of the reasons why Halloween 2018 was so well received. The first movie stuck to the clean cat and mouse chase formula of John Carpenter’s original film. However, Halloween Kills will break the mould a little, as Laurie won’t be front and centre this time around. In the trailer, we see her in hospital, and it appears that the focus will be on her granddaughter Allyson – who was introduced in the last movie. It also appears that the whole neighbourhood is getting ready to fight back, with new and old faces teaming up to try and take the masked killer down. 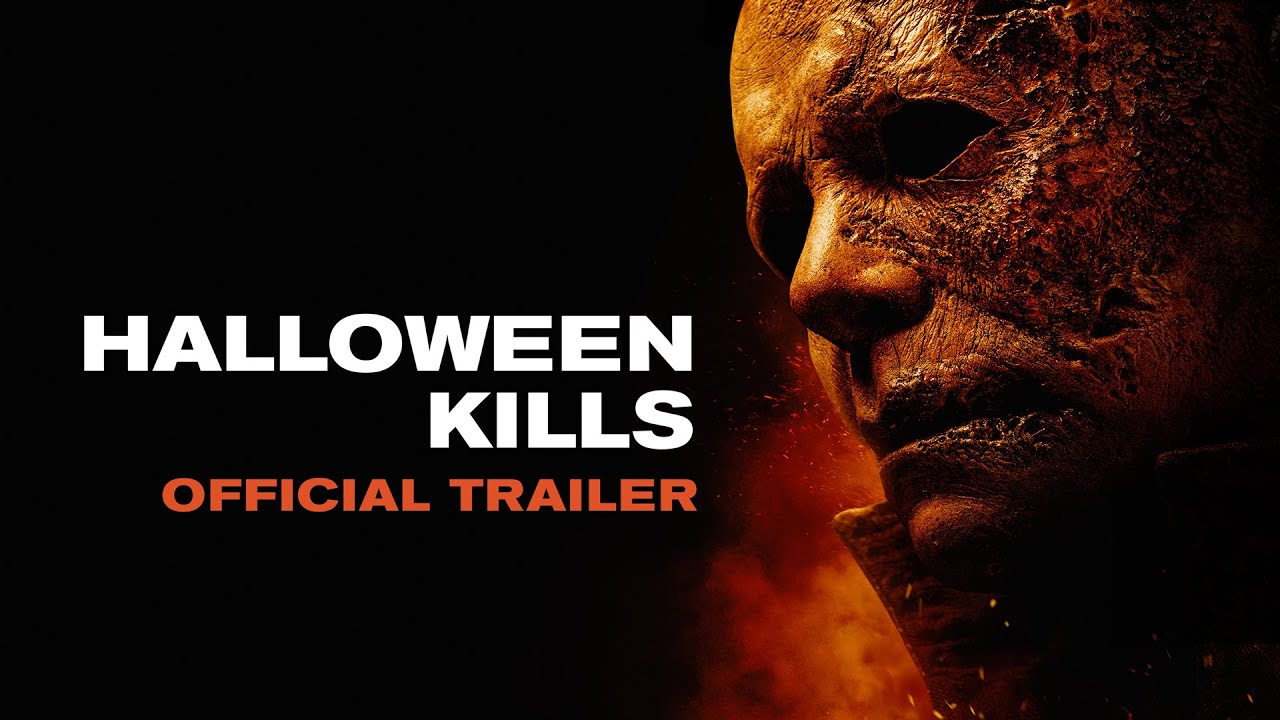 Universal has also gone the extra mile, and have given us an official synopsis for the movie, filling in most of the narrative blanks. The synopsis reads: “Minutes after Laurie Strode (Jamie Lee Curtis), her daughter Karen (Judy Greer), and granddaughter Allyson (Andi Matichak) left masked monster Michael Myers caged and burning in Laurie’s basement, Laurie is rushed to the hospital with life-threatening injuries, believing she finally killed her lifelong tormentor.”

It goes on, “But when Michael manages to free himself from Laurie’s trap, his ritual bloodbath resumes. As Laurie fights her pain and prepares to defend herself against him, she inspires all of Haddonfield to rise up against their unstoppable monster. The Strode women join a group of other survivors of Michael’s first rampage who decide to take matters into their own hands, forming a vigilante mob that sets out to hunt Michael down, once and for all. Evil dies tonight.”

Who is in the Halloween Kills cast? 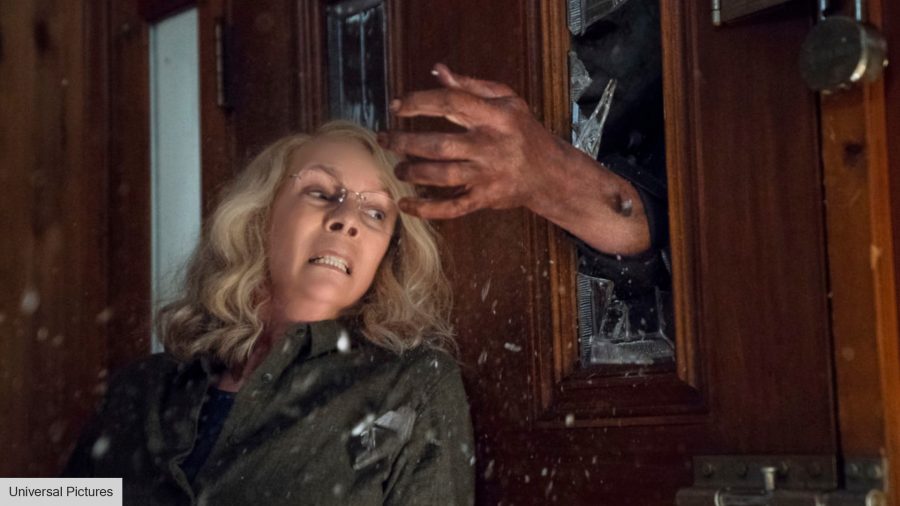 Long-time Halloween fans will be pleased to know that we will see some original cast members from the 1978 film in Halloween Kills. Of course, Jamie Lee Curtis is back on board as Laurie, and Andi Matichak will reprise her role as the survivor’s granddaughter Allyson Nelson. Nick Castle will be putting on the Myers mask once again alongside James Jude Courtney. Producer Ryan Freimann recently shared an onset pic of Myers sporting the new version of the iconic washed out mask – now burned on one side following Laurie’s fiery death trap.

Nancy Stevens is Marion Chambers, a nurse who appeared at the beginning of the 1978 movie, and later played a bigger role in the now non-canon Halloween II and Halloween H20.

Another blast from the past appearance is that of Beverly Hills Housewife Kyle Richards, who played one of the kids Laurie babysat during Myer’s and her first encounter back in the ‘70s. She will be reprising her role as Lindsey Wallace, now fully grown and ready to face the suburban boogeyman. Charles Cyphers will also return as former town sheriff Leigh Brackett.

There are a lot of old and new faces in Halloween Kills. Here are the rest of the cast that we can expect to see in the upcoming film:

It is a pretty long list, and potentially points to a pretty high kill count; if Halloween Kills plays its slasher cards right. Hopefully, Myers’ and his murderous ways don’t disappoint on the violence front, considering how many victims are now at his disposal. 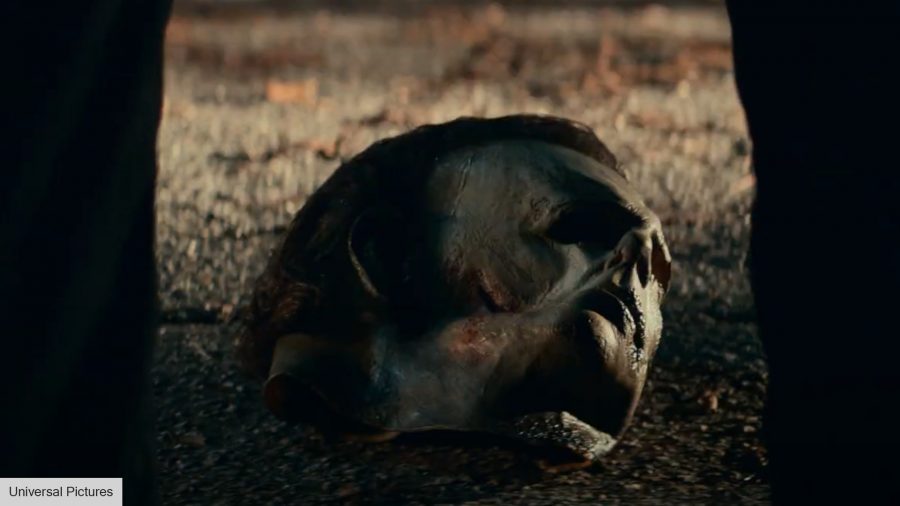 Halloween Kills’ first reviews landed after the slasher premiered at the 78th Venice International film festival on September 6. So far, critics have been divided on Michael Myers latest gory outing. Here at The Digital Fix, we gave the movie three out of five stars, dubbing the movie a “relentless bloodbath.”

“David Gordon Green explores the powers and pitfalls of mob mentality in #HalloweenKills a relentless bloodbath that spreads the story across a traumatized community.”

IGN gave the film a seven out of ten, praising all the “gory kills”. Similarly, Deadline had some good things to say about the new movie, pointing out that “the body count is phenomenal.”

Halloween Kills delivers deliciously gory kills and nods to John Carpenter’s original classic, but it still feels like half a movie. Our review: https://t.co/EoGZ8F2gju pic.twitter.com/QzwkgE3zYd

However, Halloween Kills does have its detractors. Variety wasn’t so keen on the horror movie, saying it was mediocre. The Hollywood Reporter hinted that the franchise has lost its spark and is tired, writing, “this latest instalment is like a latex ghoul mask so stretched and shapeless it no longer fits.”

The divided reception is exciting, to say the least, and proves that, love it or hate it, Halloween Kills has people talking. 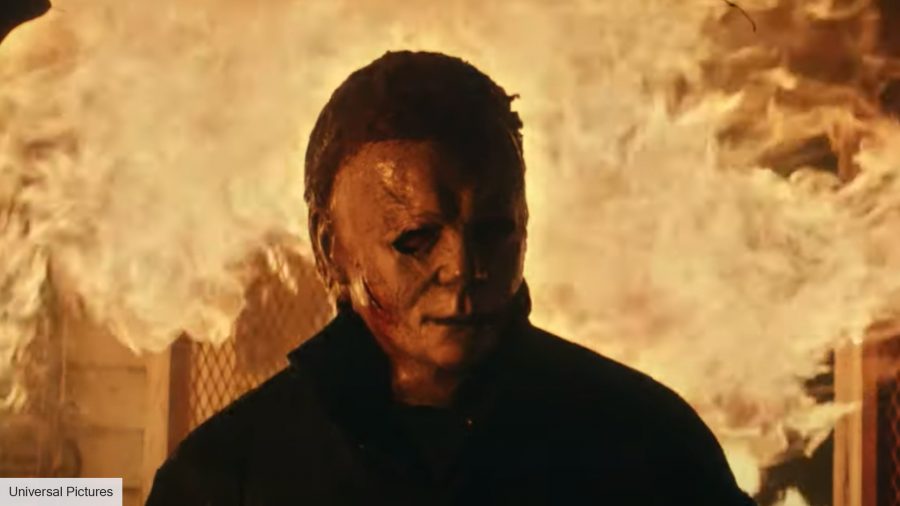 The good news is that even before Halloween Kills comes out, we have confirmation that another movie is already in the works. Halloween Ends will be the third movie in the rebooted trilogy, and will be released on October 14, 2022. So it is safe to say Halloween Kills will end on a cliffhanger as it sets up its sequel.

In an interview, Jamie Lee Curtis recently said that Halloween Ends might be the last time we see Laurie go up against Michael Myers. She was quick to avoid spoilers, saying that her statement doesn’t necessarily point to the character’s murder, but I mean, come on if you are going to say goodbye to the slasher survivor queen, she needs to go out with a bloody bang, right?

Only time will tell what Halloween Ends will look like, but we are excited to try and piece together the slasher puzzle once Halloween Kills drops later this year. 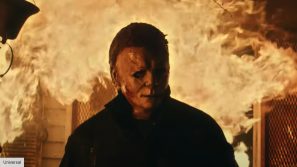