When does Good Omens season 2 come out? Based on the hit novel by Neil Gaiman and Terry Pratchett, Good Omens became a stand out hit TV series back when the first season was released in 2019. Full of wisecracks, fantastical magic, and some apocalyptic action, the show charmed us all and left fans begging for more. Well, the good news is that Good Omens season 2 is officially on its way, and our favourite angelic and demonic duo is returning for the next instalment.

Good Omens follows the story of an unlikely friendship between the demon Crowley (David Tennant) and the angel Aziraphale (Michael Sheen). The two have lived on Earth since the beginning of time and, over the centuries, have developed a bond and a soft spot for their mortal home – which becomes a problem when Armageddon arrives. The two must join forces to foil both heaven and hell’s plan and stop the world from crumbling to the antichrist. Season one ended with our main characters surviving their death sentences, some new prophecies revealed, and an all-out war between the mortals and the realms of heaven and hell is subtly foreshadowed.

Right now, Good Omens season 2 doesn’t have a set release date, but fans can expect that the fantastical show will air on Amazon Prime Video sometime in the future. Neil Gaiman, who wrote the book along with Terry Pratchett and was a producer for season 1, shared a tweet confirming that the show is definitely returning to Amazon’s streaming service.

What glorious (and dangerous) trouble will our favorite angel and demon find themselves in this time? 😇😈 Good news! #GoodOmens is returning for Season 2 on @PrimeVideo. pic.twitter.com/cFJQMo0Vkj

Filming for Good Omens season 2 officially started in August 2021 in Scotland. It is also confirmed that the upcoming season will have six episodes. The first season of Good Omens was filmed over a six month period and then released on Amazon Prime Video two months later in May 2019.

With all this in mind, we can begin to form a potential timeline for a release date for Good Omens season 2. Considering all the info, it seems like fans can expect the series to drop in 2022 or early 2023. Keep an eye on this guide while we wait for more updates.

There is no official trailer for Good Omens season 2 just yet. Once the first teaser of the upcoming season is out, we’ll let you know. In the meantime, we did get a video announcement for season 2 back in June 2021. It may not be an official trailer, but it’s something to keep us going while we wait for new devilish shenanigans. 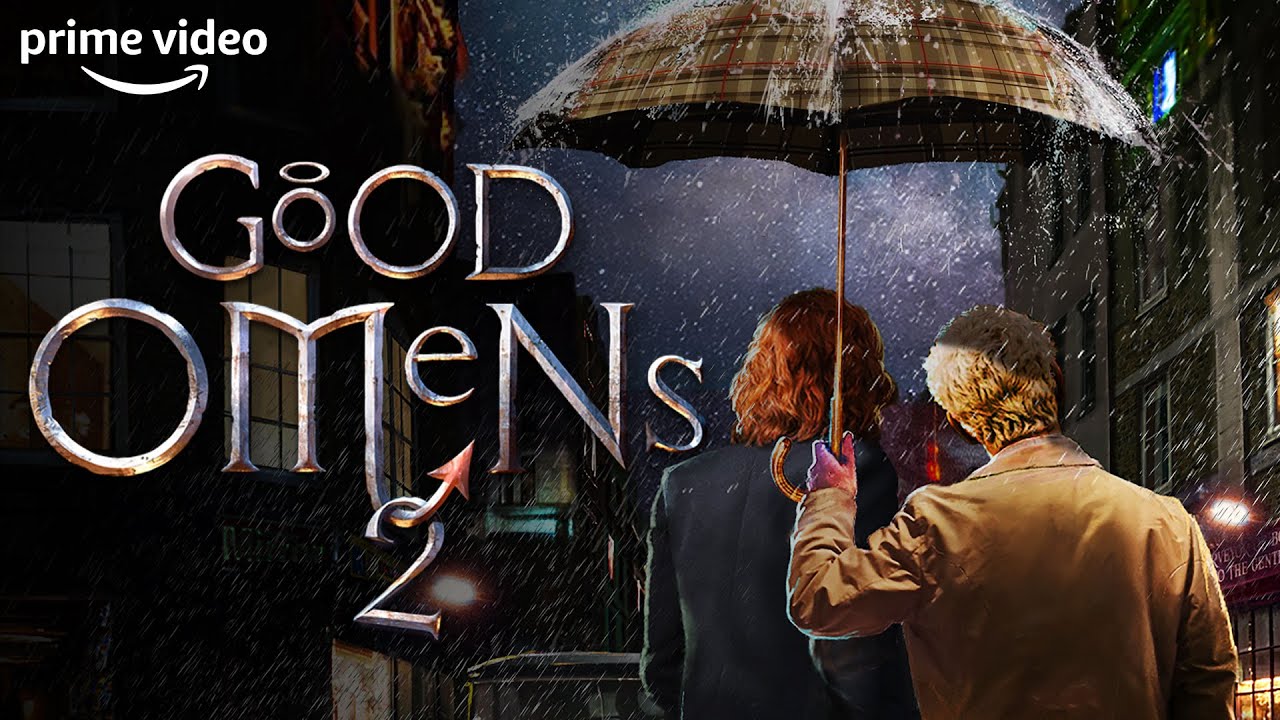 We also got a fun clip from the show during the height of Covid-19 and the global lockdowns in 2020. The team released a skit titled Good Omens in Lockdown to celebrate the 30th anniversary of the original publication of the novel – giving us all something to smile about during the pandemic. 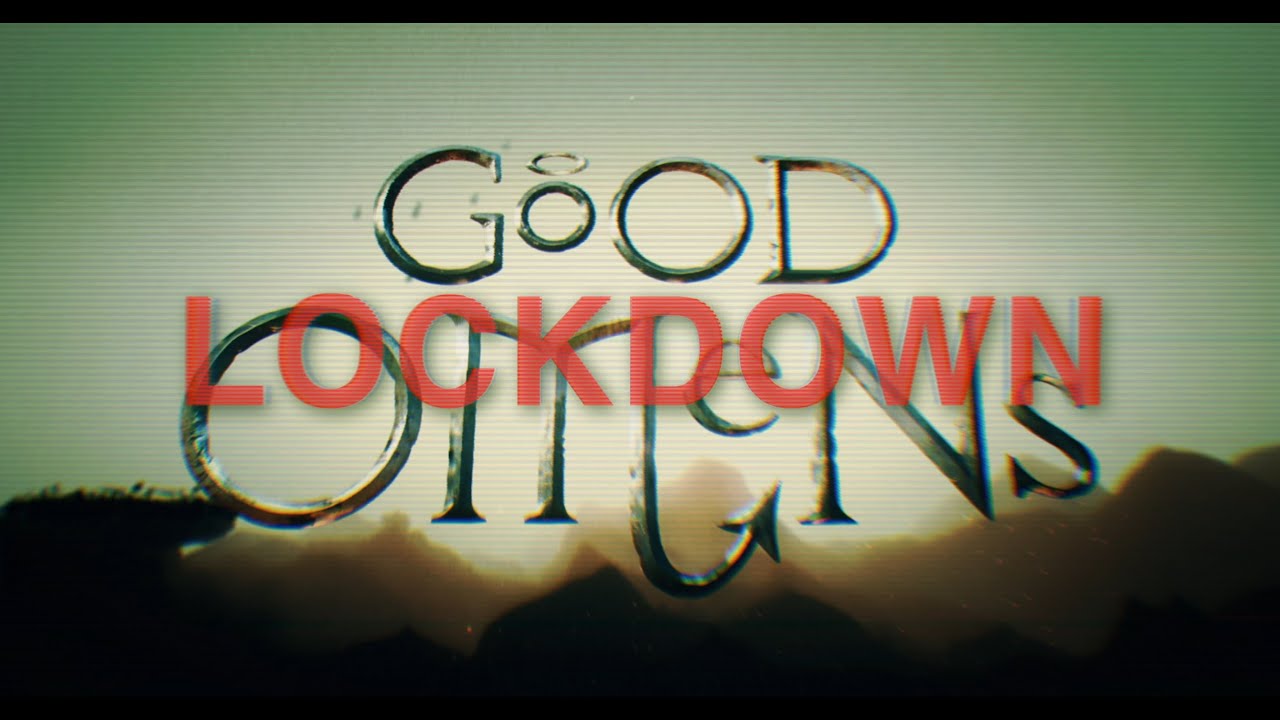 And there you have it, some content to hold you over until we get an official trailer for Good Omens season 2 – you’re welcome.

We actually have plenty of clues for what Good Omens season 2 will be about, courtesy of Neil Gaiman. The author has provided some comments where he hasn’t been shy about revealing some exciting bits and pieces for fans of the story to look forward to.
In a statement given for the renewal of the show, Gaiman revealed that Good Omens season 2 will offer some insight into where the angels come from – hinting at some spicy flashbacks perhaps or maybe an origin story?

“It’s 31 years since Good Omens was published, which means it’s 32 years since Terry Pratchett and I lay in our respective beds in a Seattle hotel room at a World Fantasy Convention and plotted the sequel,” Gaiman said. “I got to use bits of the sequel in Good Omens — that’s where our angels came from. Terry’s not here any longer, but when he was, we had talked about what we wanted to do with Good Omens and where the story went next.” 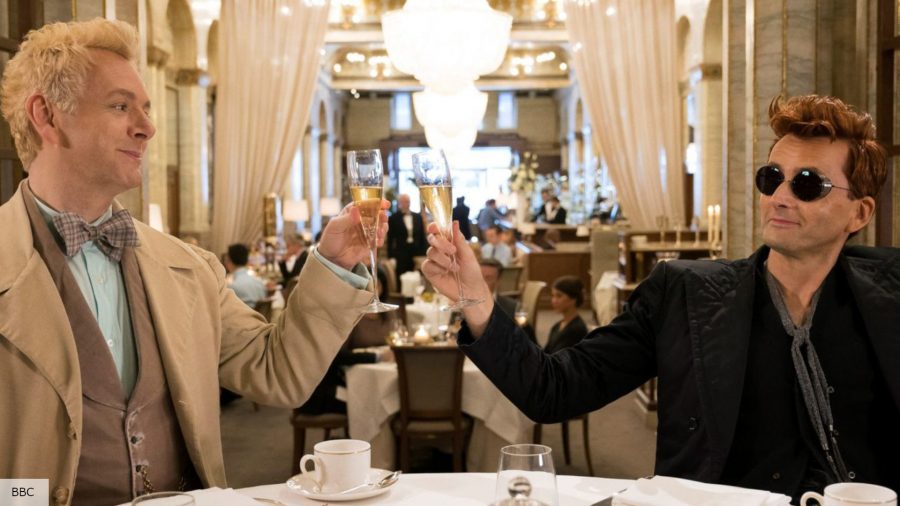 The author went on to reveal the premise of Good Omens season 2. “Here are the answers you’ve been hoping for,” Gaiman revealed. “We are back in Soho, and all through time and space, solving a mystery, which starts with an angel wandering through Soho, with no memory.”

So origin story or not, we know that angels will be front and centre in Good Omens season 2 at the very least. Gaiman has also teased fans about a potential romance between everyone’s favourite angel and devil. Let’s not lie, Crowley and Aziraphale have dynamite chemistry, and the internet has been buzzing on their potential relationship.

A fan took to Twitter to ask the big question for Good Omens season 2: “Do they hook up in this one?” Gaiman responded to the tweet, writing, “wait and see.” That isn’t a no, so there is still hope, right?

Only time and an official synopsis will tell us what Good Omens season 2 will look like and what its plot will be. While we have gathered all the clues that we can, in the meantime, remember to bookmark this page for any updates.

Well, you can’t have Good Omens season 2 without our main devil and angel, can you? David Tennant will be back as Crowley, and Michael Sheen will return as Aziraphale. Currently, no other cast members have been announced for Good Omens season 2, but don’t worry – we’ll let you know as soon as more information becomes available.

Out of this world: The best sci-fi series

Considering the plot speculations suggest a prequel/ origins story route focusing on angels, it is highly possible that Jon Hamm will make an appearance as the Archangel Gabriel again and that France McDormand will reprise her role as the show’s narrator – also known as God.

While it may not be actor news, it has been confirmed that Neil Gaiman will come back as the show’s executive producer and as a co-showrunner. Joining Gaiman in the next comedic chapter is Douglas Mackinnon, who has been rehired to direct Good Omens season 2. 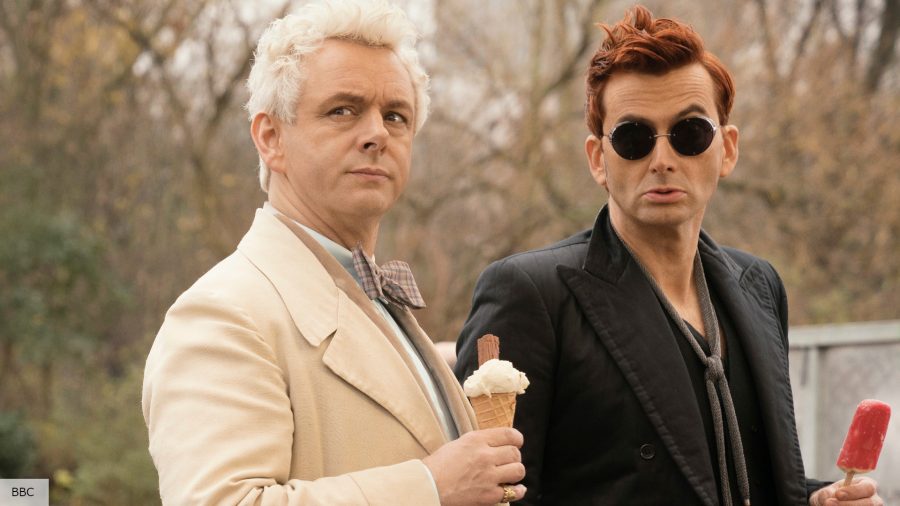 Where can I watch Good Omens season 2?

Like the first season, Good Omens season 2 will be available to watch on the streaming service Amazon Prime Video. So far, it is looking to be an exclusive for the streamer, so if you want to watch the iconic and unlikely otherworldly duo, be sure to renew your subscriptions. However, if you are in the UK it may be coming to the BBC so keep your fingers crossed.

If you are looking to watch Good Omens season 2, you can sign up to Amazon Prime via our link here. In the meantime, here is our list of the best Netflix TV series.