Julie Plec, the creator of The Vampire Diaries and its spin-off Legacies, has compared the mass cull of TV shows from The CW network to Game of Thrones‘ Red Wedding. In total, seven series were axed and only three new shows were greenlit on a big day of upheaval for the network.

The CW is known primarily for its science fiction and fantasy series, and was the home to Supernatural for 15 years, and The Vampire Diaries for 8 years. It’s also home to DC series such as The Flash, Batwoman, and Superman & Lois. It has produced popular teen show Riverdale since 2017.

It has just been announced that seven shows have been cancelled including Charmed (a reboot of the popular show about witches that ran from 1998-2006), Roswell, New Mexico (a spin-off of the sci-fi series that ran from 1999-2002), and Legacies – a spin-off of The Vampire Diaries. Legacies had been running since 2018 and is on its fourth season. There was good news for Supernatural prequel The Winchesters, which has been ordered to series.

In case you’ve been under a rock for the last decade, the “Red Wedding” is a reference to Game of Thrones season three, episode nine – The Rains of Castamere. In the episode, Walder Frey and Roose Bolton orchestrate a massacre at a wedding, which leads to the deaths of Robb, Talisa, and Catelyn Stark. Plec is probably referring to the swift and shocking manner in which the cancellations happened, as the Red Wedding was a brutal twist that resulted in the unexpected deaths of major characters.

You can see Julie Plec’s about the cancellations below;

It’s the Red Wedding at WBTV/CW today. Much more to say, but not today.

Loads of gratitude coming for fans and cast and crew in future tweets. But today, we mourn.

While it is easy to be snarky about the some of the shows that have been cancelled by The CW, many jobs have been affected and it is a worrying time for the television landscape. Other networks and streaming services, including even the giant Netflix, are going through a turbulent period. Many television writers, and those looking to break into the industry, are concerned about how quickly shows are cancelled and staff are turned over, leading to a lack of stability, job security and career progression.

If you’re looking for something good to watch – check out our guide to to the best Netflix series. 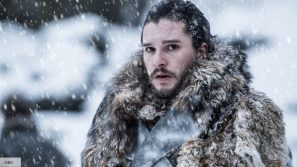