Dwayne Johnson, star of the upcoming DCEU movie Black Adam, has revealed that he regrets taking behind the scenes drama with his Fast and Furious co-star, Vin Diesel, to the public. During an interview with Vanity Fair, the actor recalled posting a heated comment on Instagram that “caused a firestorm”, and admitted that it wasn’t his “best day.”

In the said (now deleted) Instagram post, Johnson praised his female co-stars on The Fate of The Furious while also very candidly calling out other people as unprofessional and “chicken s**t.” It was later revealed that the spicy post was in reference to none other than Vin Diesel. Johnson explained that although he’s happy he confronted his co-star, and that “every single crew member” thanked him for his actions, looking back on the situation, he regrets not handling things behind closed doors.

“I meant what I said for sure. I mean what I say when I say it,” Johnson said. “But to express it publicly was not the right thing to do.” The star went on to add that “it wasn’t my best day.”

“I shouldn’t have shared that. Because at the end of the day, that goes against my DNA. I don’t share things like that,” the actor explained. “And I take care of that kind of bulls**t away from the public. They don’t need to know that. That’s why I say it wasn’t my best day.”

Diesel and Johnson’s feud is a well-documented affair. Although it was thought that the stars had mended a few bridges, around the release of Fast 9, Diesel spoke to Men’s Health and said he had to use “tough love” to get Johnson to perform. Needless to say, Diesel’s comment reopened a can of worms and resulted in Johnson confirming that he won’t be involved with Fast 10 or 11 in the future.

Although his days in the Fast and Furious franchise may be behind him, Dwayne Johnson has kept busy. So far this year, he has starred in the Disney movie Jungle Cruise and will appear in the upcoming Netflix movie Red Notice. 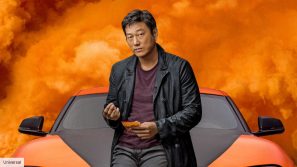