The Fast and Furious movies have gone all over the world: from Los Angeles to Tokyo, Japan — but now, according to Fast and Furious star Michelle Rodriguez, the franchise has a French touch to it as well.

After long-time director Justin Lin stepped down from directing the action movie franchise, Louis Letterier stepped up to the director’s chair. And according to Rodriguez, he didn’t come alone, with several members of the upcoming film’s creative team helming from the director’s native France. “This Fast and Furious is the French Fast and Furious,” she explained in a Comic-Con red carpet interview with The Hollywood Reporter.  “Our special effects team, all of the guys who are doing the the fights, they’re all French. Our second AD is French. Our director’s French. It’s like the French takeover, dude.”

With Fast X currently being filmed, Rodriguez was full of praise for the director. “He’s so dope, man,” she gushed. “Trust me, at the beginning, I was like two weeks in with no director. I’m like, ‘What are we gonna do?'”

But since Letterier stepped up to the plate, Rodriguez, who plays Letty Ortiz in the thriller movie franchise, has felt nothing but enthusiasm about the upcoming tenth instalment.

“He [Letterier] came with all this energy and love,” she recalled. “We haven’t had that in Fast and Furious for a very long time where we get somebody excited who’s a real fan and who really wants to take it places that it hasn’t gone before. We’ve been at it for 20 years, bro. After all that time, you get jaded and kind of forget what you do it for [until] a director like Louis comes in and reminds you, ‘This is beautiful. Let’s go make magic.’ We’re so lucky to have him bro.”

Fast X will arrive in theatres on May 19, 2023. In the meantime, check out what the Fast and Furious cast from the first movie are up to now. 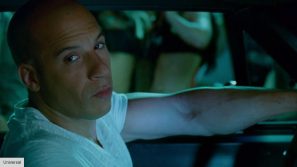