Mother and father are together for Wednesday, the new Netflix TV series based on The Addams Family. After it was recently reported that Luis Guzmán is playing Gomez, Catherine Zeta-Jones has been announced as Morticia.

“Our Addams family is expanding!” Netflix wrote in a tweet. “Catherine Zeta-Jones will step into the iconic silhouette of Morticia Addams, while Luis Guzmán will bring to life the debonair Gomez Addams.” Guzmán and Zeta-Jones join Jenny Ortega, who’s playing Wednesday Addams for the new TV series based on the creepy, kooky family. Tim Burton is directing all episodes of the first season.

Zeta-Jones is the latest actor to bring Morticia to life, after Anjelica Huston in the mid-’90s horror movies, and Ellie Harvie, who played her in the short-lived The New Addams Family in the late ’90s. Charlize Theron, of the Fast and Furious movies, voiced Morticia for the recent animated movies. This latest version takes a slightly different perspective, being a coming-of-age story following Wednesday Addams, Gomez and Morticia’s daughter, during her formative years at Nevermore Academy.

Our Addams family is expanding!

Catherine Zeta-Jones will step into the iconic silhouette of Morticia Addams while Luis Guzmán will bring to life the debonair Gomez Addams in the upcoming TV series Wednesday, starring Jenna Ortega as Wednesday Addams and directed by Tim Burton. pic.twitter.com/MiofyWIbwy

During the course of the season, Wednesday “attempts to master her emerging psychic ability, thwart a monstrous killing spree that has terrorized the local town, and solve the supernatural mystery that embroiled her parents 25 years ago”, according to the official description from Netflix.

No release window just yet, but we’ll keep you informed. Here’s the best horror movies on Netflix for some chills you can stream right this second. 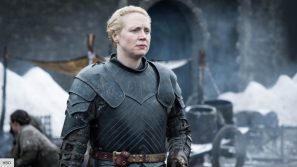