The Train to Busan remake has a new title. In a report from Deadline, the horror movie is now called Last Train from New York, referencing the change in locale for the English language version. Timo Tjahjanto, who made Netflix action movie The Night Comes For Us, is still directing.

The original zombie movie was directed by Yeon Sang-ho, and it followed a group of travelers on a high-speed bullet train in South Korea during an infestation of the undead. Starring Gong Yoo, Kim Su-an, Choi Woo-shik, and Ma Dong-seok, the passengers have to try survive from Seoul to Busan – hence the title – while being very close quarters with the endless walking dead.

Yeon’s film is a total thrill-ride, doing very well internationally, going from cult hi, to regular hit. As such it always stood to reason an American remake was possible, and here we are. But before you open Twitter for a dunk, it’s working keeping in mind this is coming from an established Asian director, and produced by James Wan. These are Asian filmmakers, handling an Asian property, and it’s important to remember that when you’re looking for your next dose of social media clout.

Tjahjanto has responded to criticism of his film on Twitter already. “In James Wan’s own words: ‘Timo, we need to rise above & beyond everyone’s expectations, just like other great remakes have done such as The Ring or Dawn of the Dead’,” he tweeted. “Who am I to let my boss down?”

When your @ is suddenly filling up & its more about Train to Busan remake.

In James (Wan) own words:
Timo,we need to rise above & beyond everyone’s expectations, just like other great remakes have done such as The Ring or Dawn of the Dead remake.

Who am I to let my boss down ? pic.twitter.com/39eeBJu4bO

Some of Tjahjanto’s previous credits include May the Devil Take You, and segments in both V/H/S/2 and V/H/S/94. In fact, the latter is one of the best horror movies of 2021.

We’ll be keeping our eyes for more on Last Train to New York. We have the best Netflix horror movies to give you some chills in the meantime. 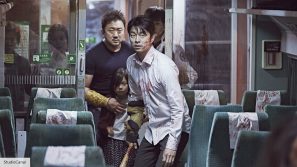