Jason Statham has shared new images from the set of action movie The Expendables 4 in an Instagram post that praises his co-star Iko Uwais. The post reads: “A real honour to spend some screen time with the incredibly talented Iko Uwais. A true master of his game and a powerhouse of speed and skills that take a lifetime to achieve. Massive respect for all that you do brother.”

Not much is known about the plot of Expendables 4 at present, but Uwais’s character is one of the main villains, said to to be an arms dealer who used to be in the military and who has a private army at his disposal. Uwais is best known for starring in Gareth Evans’ The Raid films, but has also appeared in Star Wars: The Force Awakens, The Night Comes for Us, Stuber, Triple Threat and most recently – Snake Eyes.

The long-awaited fourth Expendables film is currently in production, with Sylvester Stallone, Dolph Lundgren and Randy Couture all returning (alongside Statham). Comeback queen Megan Fox will also be joining the team, as will Curtis Jackson, who is better known as 50 Cent. The Expendables 3 came out in 2014. The franchise has boasted some huge names – including Arnold Schwarzenegger, Bruce Willis, Wesley Snipes, Jean-Claude Van Damme and Harrison Ford.

Millennium Media, the studio behind The Expendables, recently announced that they are looking to extend the IP into television, along with properties such as Rambo, Has Fallen and Hellboy.

Sylvester Stallone, who directed the first Expendables movie, has announced that he is done with franchise after The Expendables 4. He is passing the baton to Jason Statham, who will be taking the lead on the thriller movies from now on.

Expendables 4 will be released some time in 2022. 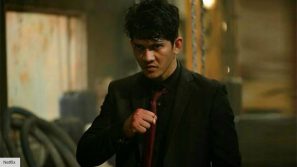