In 2009 we saw the first action movie based on Hasbro’s G.I. Joe toy franchise come to life. Now 12 years later, Snake Eyes: G.I. Joe Origins attempts to reboot the series with a child-friendly backstory to one of the most popular characters in the franchise, Snake Eyes. A high budget action fest, there are plenty of choreographed fight sequences, bright neon visuals, and promising ideas in this movie, but when you take a step back to look at this film, you have to ask yourself the question, do we have a case of style over substance? Spoilers, yes, yes, we do.

Snake eyes: G.I. Joe Origins, like most origin movies, centres around a popular character’s journey to a new level of power, and tries to tell the story of their battle towards the eventual discovery of self. However, with a confusing plot, a large amount of shaky cam, and some dated ninja cliches sprinkled throughout its excessive runtime, Snake Eyes never really finds its narrative footing. Ultimately the movie feels like it is trying to emulate other big action blockbusters, instead of exploring its own unique potential.

Henry Golding (Crazy Rich Asians) stars as Snake Eyes, a hardened man who will do anything to avenge his father (Steven Allerick), even if that means playing a double agent in the familial war between the Yakuza and the Arashikage ninja clan. In exchange for information on his father’s murder, Snake Eyes must deceive Tommy Arashikage (Andrew Koji), pass the three trials of the clan, and eventually steal the ninjas’ most valuable treasure – that in the wrong hands, has the potential to destroy the world.

The action movie takes a sharp turn into fantasy territory as giant snakes, and mystical glowing rocks overshadow the revenge storyline, and the appearance of the franchise’s long-standing antagonists, the terrorist organisation Cobra.

Directed by Robert Schwentke, Snake Eyes: G.I. Joe Origins had so much potential to be fun and embrace its silliness, but its choppy and long-winded script gets in its own way. Here we have a case of too many ideas in a story, and no way to elegantly link them together. The fantastical world of the ninja clan feels out of place with the sudden neon-soaked Yakuza gunfights, and the inclusion of the bond-like terrorist organisation Cobra. 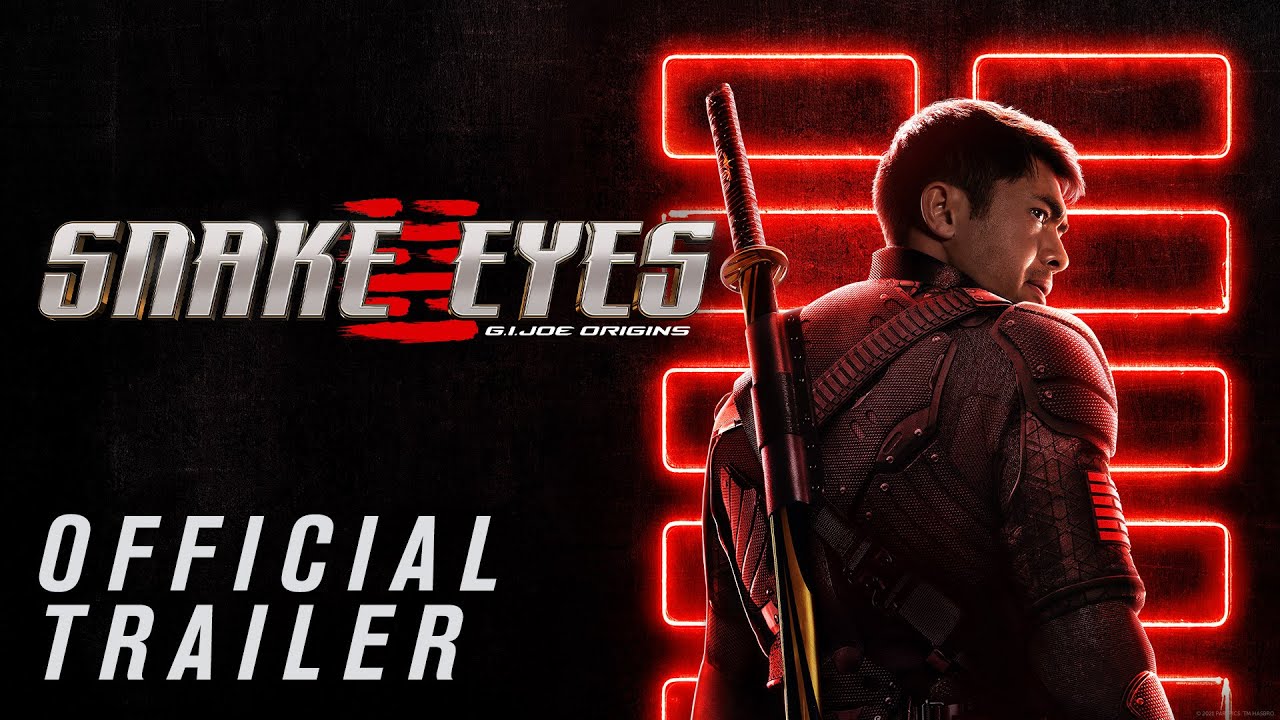 With three distinct worlds, with different rules and laws trying to co-exist in a single script, things get messy, and as the movie tries to explain itself, all meaningful character development in a diluted revenge plotline is lost. Snake Eyes’ emotional character arc has close to zero motivation. The rushed trust he gains from the ninja clan is so jarringly sudden that every martial arts ‘master’ borders on naïve, and the movie becomes, dare I say predictable, as it progresses to its climax.

Origin stories usually offer an in-depth look at exciting characters. Think Batman Begins, or X-Men Origins: Wolverine. Both those movies focused on all the elements of the popular characters that we loved, building upon them, and giving us a newfound appreciation for them going forwards.

Snake Eyes seemingly tries to touch on both these antihero films but isn’t as focused, and is ultimately stripped of what made the character stand out in the original comic books – a silent anti-hero with a killer atmosphere. Instead, he is made kid-friendly, a bit cheeky, and so moralistic that all his character decisions are entirely expected. Henry Golding is wildly entertaining and plays the part perfectly, but still, you can’t help but think, in a Snake Eyes movie, where is the edge? 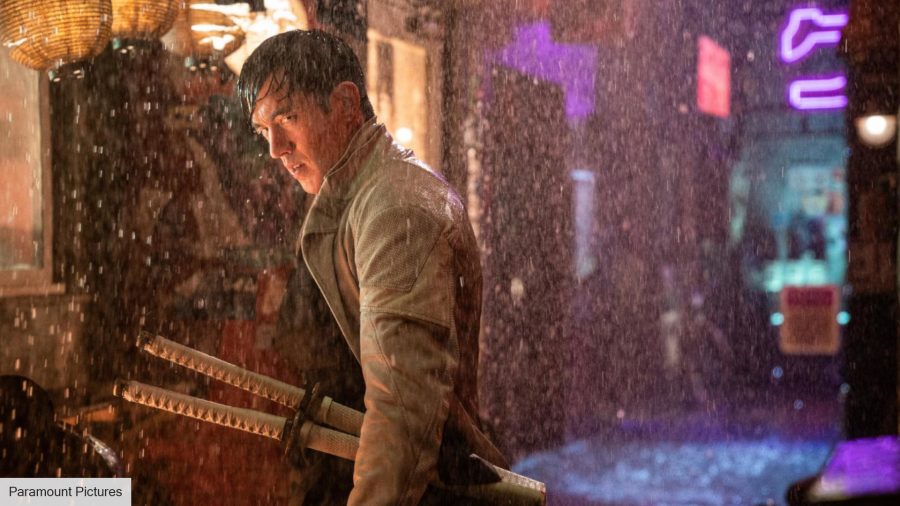 That being said, there are some enjoyable moments in Snake Eyes. The fight scenes tend to be unique, and eye-catching – if you can get past all the handheld camera work. The production design and costumes are striking, prove to be a feast for the eyes, and are a standout feature in the film. Seeing katanas slashing the air, or two men fighting on a rain-soaked and neon-lit rooftop in Tokyo will tickle any action buff’s heart. In these moments, you can sit back and enjoy the heart racing spectacle that is a G.I. Joe movie.

So to sum it all up, Snake Eyes has some nice moments, but it feels overstuffed, and a bit predictable. Henry Golding is a shining light in an action movie with potential, but ultimately the film doesn’t know what it is trying to say besides attempting to kick off the franchise reboot with a (let’s be frank) stereotypical Japanese themed ‘bang’. 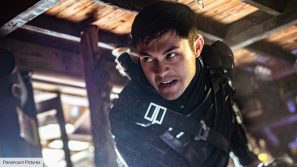 An action movie that could have been fun, but ends up feeling like a predictable blockbuster. Snake Eyes looks great but is lacking a solid story, and never really finds its narrative footing.