Blumhouse’s The Exorcist sequel trilogy will be with us relatively soon. The first horror movie in the relaunch of the legendary property is due to arrive in 2023.

After reports circulated that Universal and Peacock forked over a cool $400 million for the planned three installments, everything now seems full Satan ahead. The next, as-yet-untitled Exorcist film will arrive in theatres October 13, 2023. A sequel to the 1973 original, this Exorcist project ignores all other followups and prequels, with Leslie Odom J, of Hamilton fame, starring. David Gordon Green, who shepherded the recent Halloween revival, is directing.

Aside from that, not much else is known right now. Ellen Brunstyn is reprising her role as Chris MacNeil, the mother of Regan MacNeil, the possessed child in the original, but no other cast is confirmed. Jason Blum did go on record saying everyone will be surprised by what’s being planned here. “I think it’s going to pleasantly surprise all the sceptics out there,” he said. “We had a lot of sceptics about Halloween, and David turned them around, and I think he’s going to turn it around with The Exorcist.”

The Exorcist from 1973 is one of the best movies of all time, but despite some strong efforts, no sequel or spin-off has quite squared up to it. William Friedkin directed the adaptation of William Peter Blatty’s novel about a young girl, Regan, who becomes possessed by a demon. Blatty supplied the screenplay, and the film went down in infamy for its special effects and harrowing scenes.

No further release date plans were specified, but it stands to reason the plan might be similar to the recent Halloween trilogy, where the latter two are dated after the first does well. In any case, we have a while to wait yet.

For some chills right this second, here’s the best horror movies on Netflix. 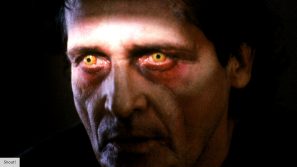 1How to watch The Many Saints of Newark – can you stream The Sopranos prequel?
2Ray Liotta: “when The Many Saints of Newark came about, I wasn’t on the tip of anybody’s tongue”
3Michela De Rossi: “I was a coach on The Many Saints of Newark”
Latest in Movies
Harry Potter star Tom Felton collapses during a celebrity golf match
Ewan McGregor's reaction to hearing Star Wars: Attack of the Clones for the first time is still iconic
Cruella director wants Emma Thompson in the sequel
Netflix announces Tiger King 2, more true crime series
Jason Momoa shouts out Game of Thrones in Dune training video
A