Though a fantasy movie, The Deer King’s premise of a resurgent plague throwing an already uneasy region into turmoil has unfortunate relevance amid the ongoing Covid-19 pandemic. But just as the anime movie depicts an uncontrollable infection, it demonstrates hope in the form of science and empathy above all else.

As much is no surprise given it’s co-directed by Masashi Ando and Masayuki Miyaji, former Studio Ghibli filmmakers who worked on Porco Rosso, Spirited Away, Princess Mononoke, and more between them. Their first time leading a production, The Deer King is full of well-rounded characters, occupying a lush, mystical kingdom steeped in history.

When a sudden wolf attack leaves a number of slaves with signs of disease, fears rise that a suppressed contagion, considered incurable, may run rampant again. Van, a former high-ranking soldier taken as a war prisoner and sent for manual labour, managed to escape, taking young girl Yuna with him. Their survival may hold the key to making a cure, but not everyone looking for them is keen for an antidote.

From the moment Van and Yuna climb out of their mine, their spiritual bond becomes the clear north star to The Deer King’s political intricacies. Picking up like the mid-point of an ongoing saga, a novel’s worth of background undergirds current events. Two large cities were at war, and one is now occupying the other in what’s become a contentious ceasefire. Resentment boils on both sides, with any slight potentially being seen as reason to resume conflict.

Van led a revered battalion on the losing side, and was thought dead until his current re-emergence. Much of his backstory, like the rest of the lore beyond a short opening monologue, is sprinkled through passing conversation. Legacy and mythology are all a matter of perspective, and The Deer King’s are shaped for us by those telling it. When confronted about his heroism, Van asks whether it’s heroic to fulfill one’s purpose – he is a protector of his people, and that’s what he did.

All ages: The best family movies

That sense of personal meaning is key to the film. A small, agricultural community takes in Van and Yuna, and their cheerful stay, full of laughter and fulfillment, is contrasted by shady bureaucratic discussion. Nobody wants to believe this ailment is as harmful as it is, and disinformation is festered by religious oligarchy. One scientist, Hossal (Ryōma Takeuchi) joins the effort to track down Van, following Sae (Anne Watanabe), an assassin, in the hopes it’ll lead him to a cure. 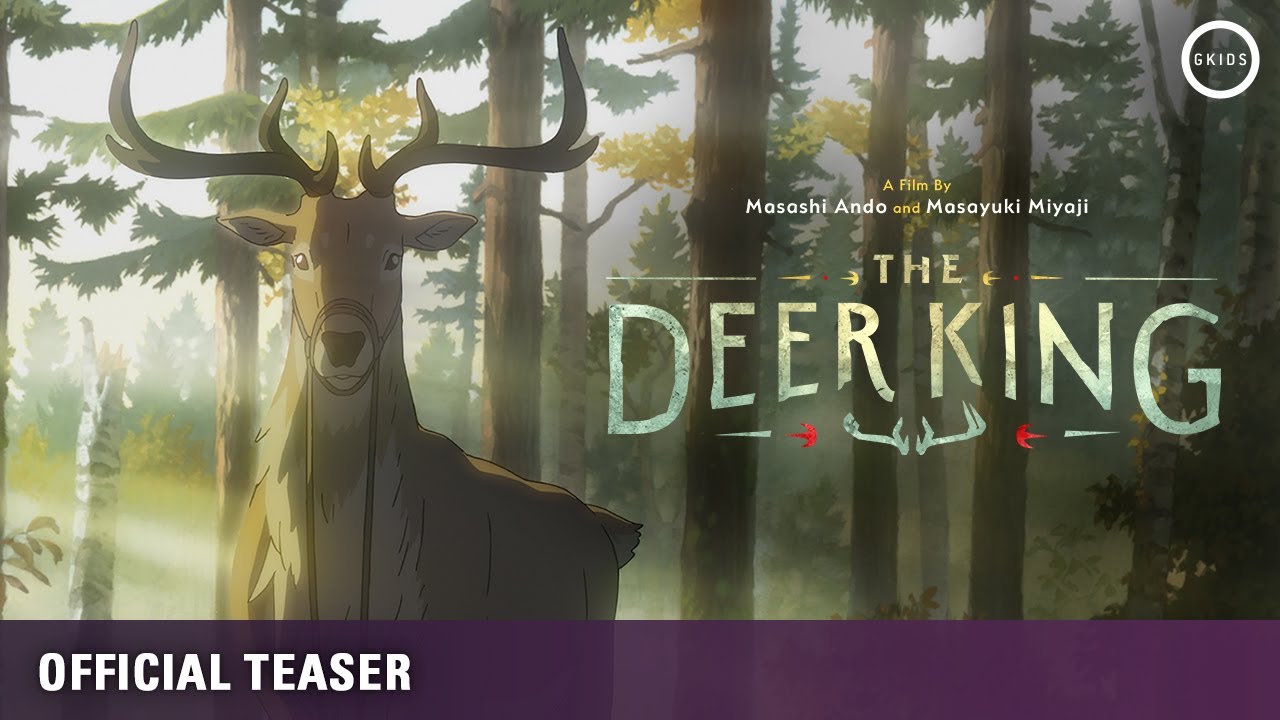 In The Deer King, heroes find what’s good in other people, and learn to rely on each other to move forward. Van, adept in taming a rare form of deer, passes this skill onto another farmer. He accepts Yuna as his own without question, and she settles into rural life. The forest is vast and plentiful, full of blooming greens and browns, and occasional CG heightens less grounded sequences.

A looming visit from the emperor has underlings in the city up in arms to try and solve everything as quickly as possible, so fearful of disappointment they can only engage with problems by trying to sweep them under the rug. In situations like a possible epidemic, power, and grandeur are the worst contaminants. Leadership tends to act out of self-preservation rather than the public good. Throw in an apparent bias toward a particular population, as seen here when citizens from one city appear immune, and something as simple as trying to heal the sick and protect the weak becomes secondary.

The Deer King is a rejection of that, with the errant doctor who’s determined to find some way to stop the affliction. But it also acknowledges how power structures impede doing what’s right, which creates some friction. Dialogue slides between overwrought and underdone in explaining or elaborating on historical details, sometimes harming the emotionality. Based on a novel by Nahoko Uehashi, there is enough material for The Deer King to become a TV series, and occasionally the movie struggles to let everything breathe. 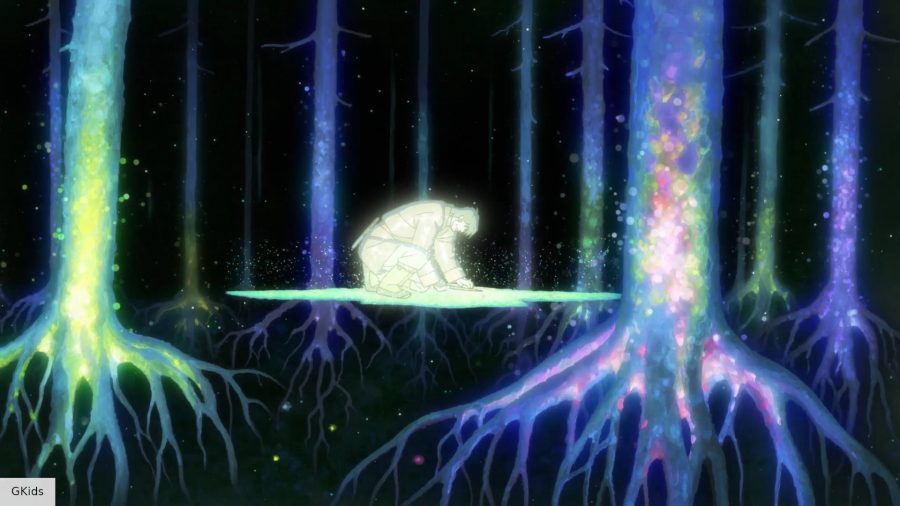 A subplot featuring an old forest spirit, something like the Deku Tree from the RPG game The Legend of Zelda: Ocarina of Time, goes mostly unacknowledged until the end. There’s a sense this was to create a feeling of unification, but it doesn’t quite tie itself together. For all the context given to the region’s politics, the suggestion of religious corruption is under-developed, and a conspiracy between two characters could’ve used another scene for emphasis.

Ultimately, these issues don’t stop Van and Yuna’s journey from reaching a satisfying conclusion, and that’s a testament to the soft touch in the way they’re handled. Van is troubled but warm and principled, Yuna carefree but attached and sometimes needy. They complement each other, and it’s hard to imagine any story issues overcoming their bond. Not quite the magic of Studio Ghibli, but close enough to leave one feeling hopeful, and that’s gift enough.

This screening was part of the Edinburgh International Film Festival – you can find out more about the event here.