In May 2001, anime movie director Hayao Miyazaki told Animage: “For those who are in their powerless childhood, when they feel helpless, fantasy has something to give them relief.” Spirited Away is the platonic ideal of this philosophy.

Through Chihiro’s sweeping journey to save her parents from an otherworldly bathhouse, Miyazaki captures both sudden helplessness, and the realisation we are more capable than we think. Chihiro, who feels so alone and afraid when her parents are turned into pigs, is able to restore her family, and break a curse, simply by being kind and curious. The depiction of the spirit plane as one just beyond our own paints our regular world in a new light, one filled with thousands of little ways we’re being guided and looked after.

Miyazaki’s eighth animated movie earned numerous plaudits, among them the Academy Award for Best Animated Feature, and was the highest-grossing film in Japan until only recently. But the most astonishing thing about it is the way it leaves a little piece of itself with you after first viewing, like you, too, have been to see the spirits. 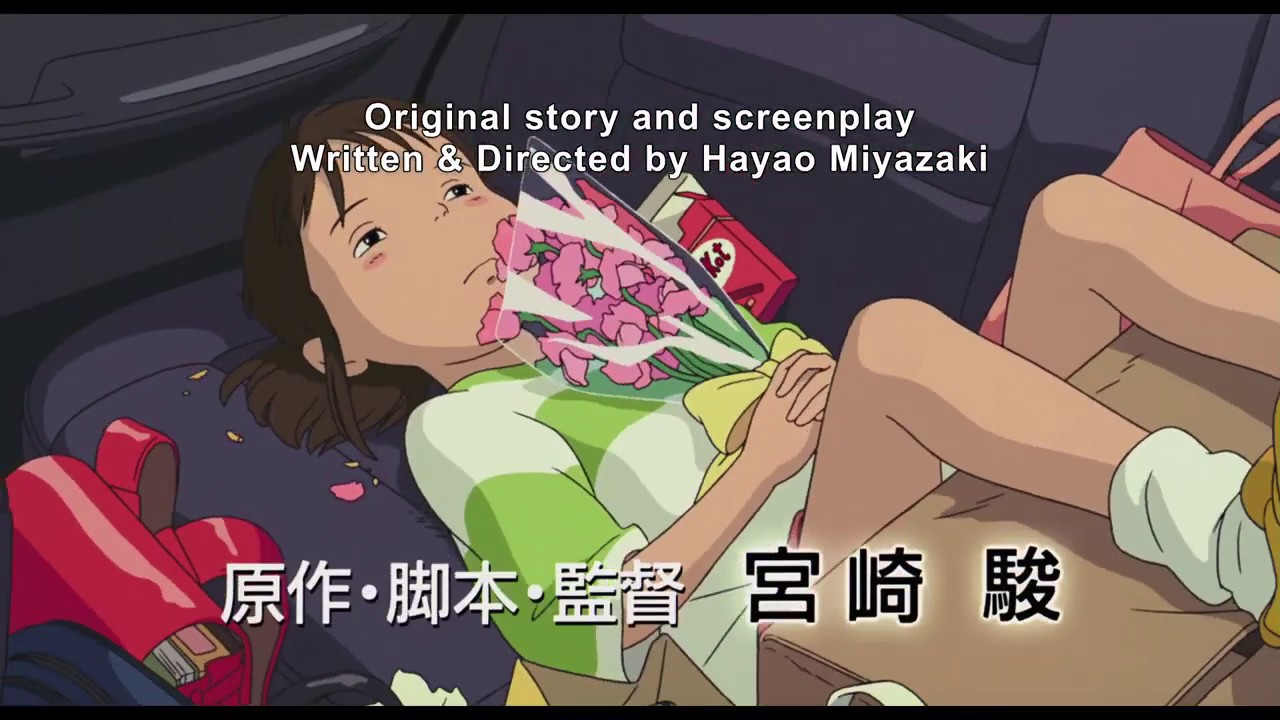 Spirited Away holds a very particular magic to me. It arrived when I was starting adolescence, and the way it captured the scope and fantastical intrigue of a JRPG game was unlike anything I’d seen before. I was starting to explore anime beyond Pokémon, Digimon, and Dragon Ball Z, and seeing this movie that had the respect of film critics and the wider industry made me feel cultured, cheap, baggy skateboarding hoodie, Fred Durst NY cap and all.

It felt like an escape. Another world, a way to see beyond the horizon. In small town Ireland, even finding the trailer felt like a discovery. I used to make a note of what DVDs had something from Studio Ghibli on them to rent again, just to have those glimpses. They were invigorating, encouraging, validating even, because they made my interests seem less like frivolous kid stuff and more like plausible lifelong pursuits.

Few first time watches have had more of an effect on me. The gorgeous, intricate detailing in Miyazaki’s landscapes, the kinetic movement, the ebb and flow from conversation to action sequence, the way it seemed like nobody wanted to hurt anybody, I was enraptured. At the end, I was torn between making a cup of tea and staring out the window just to be present, or watching it again. I think I did both. 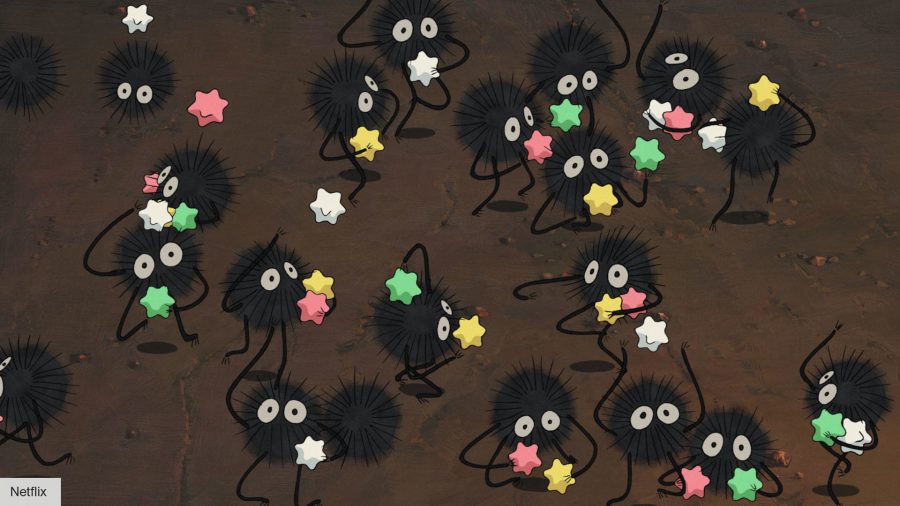 Much of this is rooted in Chihiro’s perspective, a regular 10-year-old who’s thrust into an alarming situation she has to muddle through. She’s no special abilities, no destiny to manifest, she and her parents just happened to be somewhere they shouldn’t have been. Watching from her point-of-view grants us that childlike wonder and terror in equal measure.

We’re guided by her feelings, from knotted stomach and lump in the throat when Haku finds her, through to the quiet calm of her and No Face’s train ride. Her motivations and means are simple and understandable; she’s infantilised by other characters, like Yubaba and the bathhouse staff, but the movie is propelled forward by her determination, and decided by her actions.

She’s who realises No-Face needs assistance, who decides to give Zenibaba back her talisman, and whose affection frees Haku. None of this draws on any innate talents or intelligence, she’s just a kindhearted child who has been worn down or made cynical by adult drudgery to the point she glosses over otherwise obvious solutions. 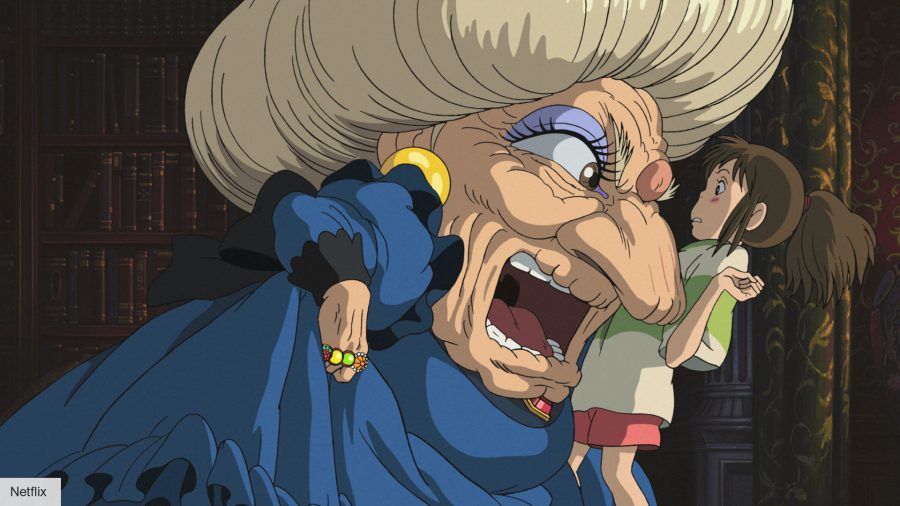 As a director, Miyazaki is notorious for his dedication to storyboards over scripts. He feels his movies out scene-to-scene on a visual level, rather than strictly through story. One result of this is that his first drafts tend to be very long – Spirited Away was edited down from three hours to just over two before being released.

You can often feel this in his movies, where he’ll deliberately rest on certain visuals and take a moment’s pause, as if taking a moment to catch the sights in his mind’s eye. My Neighbor Totoro is laden with these tranquil breathers, like when Mei finds Totoro snoozing in the hollow of a tree, or them waiting at a bus stop in the rain together.

In Spirited Away, with Chihiro at the forefront, this approach grants a unified sense of tourism. Supernatural elements permeate Miyazaki’s filmography, from Nausicaa’s ability to commune with the animals, to Kiki’s witchcraft, but this was the first time he’d made a film with a human character in a completely fantastical world. 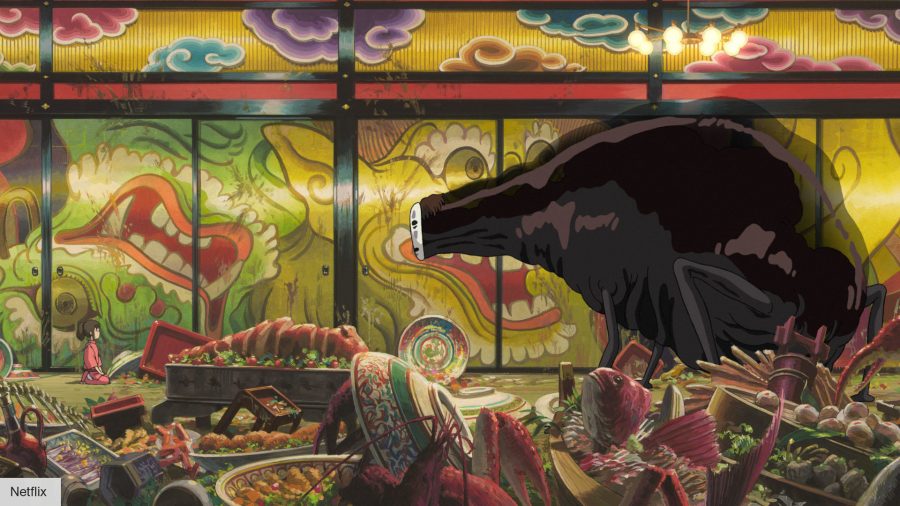 It’s like we were finally seeing the magic he always believed was there. The ephemeral beings, and far off lands, ways of communicating and existing that intermingling with our own, had culminated in actually bringing us on a whirlwind tour. He’d managed to bring us there, to this place in his imagination that he’d always so painstakingly tried to envision on the page.

Cultural touchstones benefit from a lot of right place, right time, and Spirited Away is no different. Interest in Japanese culture was at a high, and distribution was becoming easier thanks to DVDs and the rapidly growing internet. But I do believe that a communal feeling of exploration is a big reason it landed the way it did.

More classics: The best movies of all time

It didn’t feel distant like Princess Mononoke or Kiki’s Delivery Service, separated from us by geography or time. Spirited Away brought the adventure to you, grabbing you like it does Chihiro and whisking you away. You’ll ride a water dragon by moonlight to Joe Hisaishi gentle keys, serve in a bathhouse, and even visit a witch, all led by one 10-year-old’s need to save her parents. 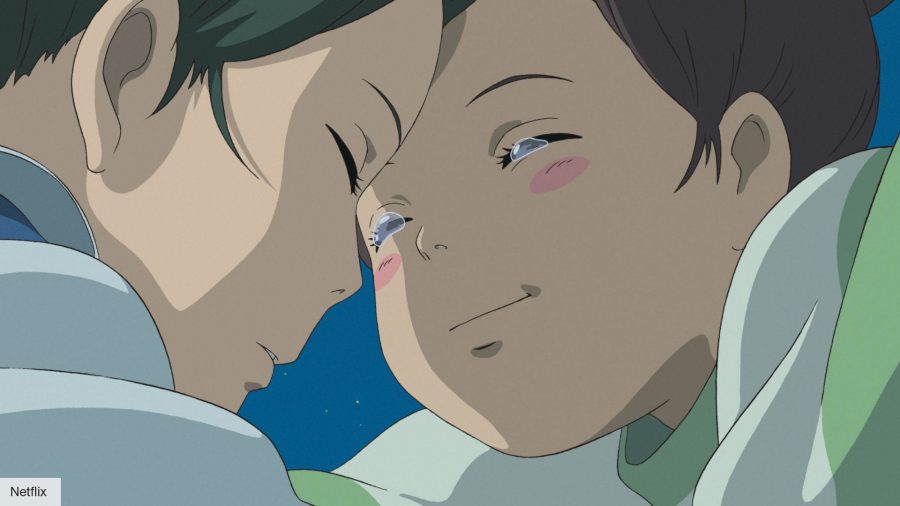 But while it’s great to visit, we can’t stay, because we belong here. Where we’re needed and loved, and where people need us and need to be loved. Rest assured, great wonders lay just out of sight, waiting for you to find them.

“What my friends and I have been trying to do since the 1970s is to try and quiet things down a little bit; don’t just bombard them with noise and distraction. And to follow the path of children’s emotions and feelings as we make a film,” Miyazaki told Roger Ebert in 2002. “If you stay true to joy and astonishment and empathy you don’t have to have violence and you don’t have to have action. They’ll follow you. This is our principle.”

I followed Studio Ghibli then, and it’s helped me believe in what’s good ever since. 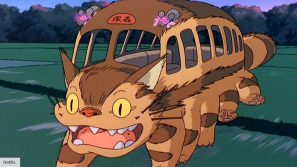