Director Steven Spielberg has made some of the best horror movies of all time. Jaws, Jurassic Park, Poltergeist, classics that infuse Spielbergian whimsy with bone-chilling terror. As scary as I find those films, none of them inspire the sort of deep-seated dread, sense of overwhelming hopelessness, or sheer distress that 2001’s A.I.: Artificial Intelligence does.

Set post-climate-disaster, A.I. is a modern retelling of Pinocchio that switches the wooden doll for David, a robot made to look and feel exactly like a young child, and the puppeteer Geppetto for overreaching corporations seeking to answer all our emotional needs with robotics. The conceptual thrust is plainly stated in the opening discussion: we can programme an android to love a human being, but what if the human being doesn’t love it back? What do we do when things built only to love aren’t needed any more?

The proceeding two hours provides the excruciatingly lonely answer. For corporate scientists, the answer is to simply destroy and move on. In practice, when these highly advanced pieces of technology are inserted into homes and families, and become part of the emotional furniture, sending them away to join a landfill or be turned to cinders can seem beyond the pale. 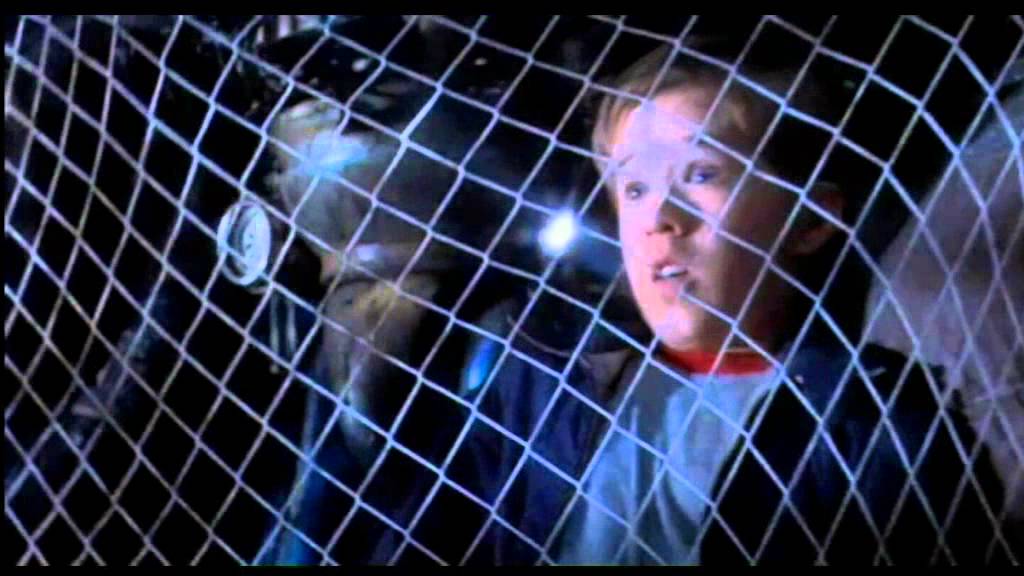 And so David (Haley Joel Osment), having been purchased as a replacement child for a grieving mother, is left by the roadside when said child makes a miraculous recovery. Unneeded, incompatible with the Swintons’s restored family homelife, he’s abandoned. But he can’t turn off loving Monica (Frances O’Connor), his mom, because that’s all he’s designed to do. She’s imprinted on him.

Desperate to return home, David decides to seek out the Blue Fairy, from Pinocchio, and become a real boy, a journey that takes him through the various ways mecha are used and abused for our entertainment and emotional wants. He finds other thrown out bots, scavenging for spare parts to keep themselves functioning.

They’re all hunted by the Flesh Fair, a vicious circus where robots are tortured in front of a live audience. Technology imbued with consciousness is the perfect victim, providing all the desperation of a person, without any of the guilt.

Mechanical bodies are mutilated, their cries answered by frenzied screams of enjoyment, the crowd goading for more of this perceived victimless punishment. Technophobia meets abject bigotry, privilege, and desire for dominance. It’s only David being a perfect simulacrum of a child that allows him to escape, with Gigolo Joe (Jude Law), a robotic sex worker who’s been framed for murder. 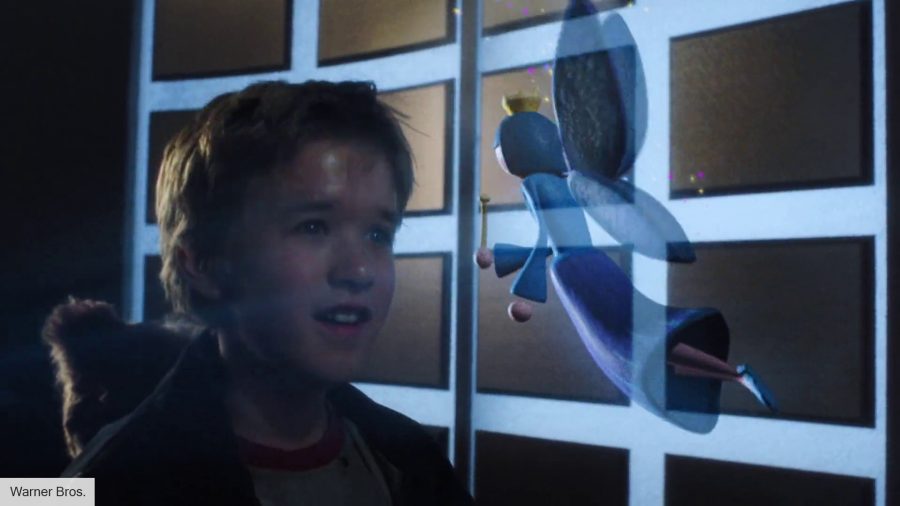 In this future, robots have become our scapegoats. As tools of pleasure, they’re reciprocals for scorn and hatred, places onto which we can hoist the worst part of ourselves. “They made us too smart, too quick, and too many,” Joe tells David. “We’re suffering for the mistakes they made because when the end comes, all that will be left is us. That’s why they hate us.”

Joe’s on the run because a jealous husband killed one of his clients, and a malfunctioning robot is the easiest excuse in the world for everyone. Who cares if it’s true? Just catch the mecha, throw it into the Flesh Fair, and watch them get mangled. Catharsis for everyone who has a pulse.

Rouge City is the seedy flipside to the Flesh Fair, a neon resort promising all sorts of proclivities. Activities here are regulated, to an extent, where models undergo testing before being sent out to clients, and each club or venue offers a particular thrill. Tails is “hoity-toity” explains Joe, featuring a Swedish lineup of “sunset men and sunrise women”, whereas Mildred is much more exciting. 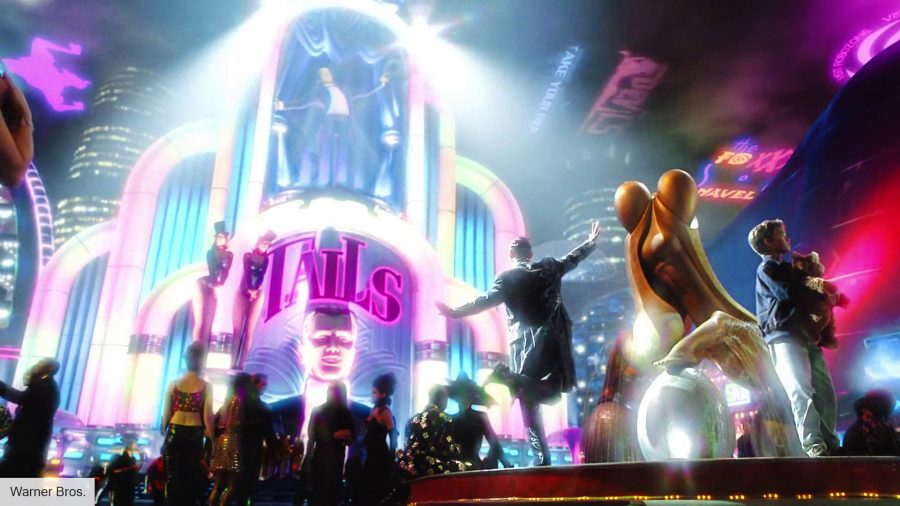 Ridley Scott’s Blade Runner and Mamoru Oshii’s Ghost in the Shell reverberate through Rouge City, all lit up with nowhere to go, overgrown with some fetid, corporatised, romantic notion of the past. Absolutely artificial, with intelligence that’s streamlined and specific, neutered to personal taste. The ultimate escape it allows is anonymity, falling into the crowd and drowning a while before real life yanks you back to reality.

At every turn, David is confronted by the industrial vacuum of his existence. He was put together by conveyor belts, to be displayed on other conveyor belts, until he becomes obsolete, and then he either crawls around for scraps, or gets melted. No in-between. The painful difference in his line is that he’ll be crawling around for a way to convince Monica to be his mom again, or he’ll die only knowing her rejection.

It’s the apathy that gets me. The stark depiction of having a desire that won’t ever be reciprocated. The mental circles we go through, trying to convince ourselves that if we just do this one thing, then it’ll change – they’ll finally see us how we’d like to be seen – and the relationship can be perfect. But that never really happens, does it? No, instead, our efforts often only yield indifference, because sometimes we’re just filling a gap, or we’re a new toy, or we just aren’t what they wanted, and never can be. 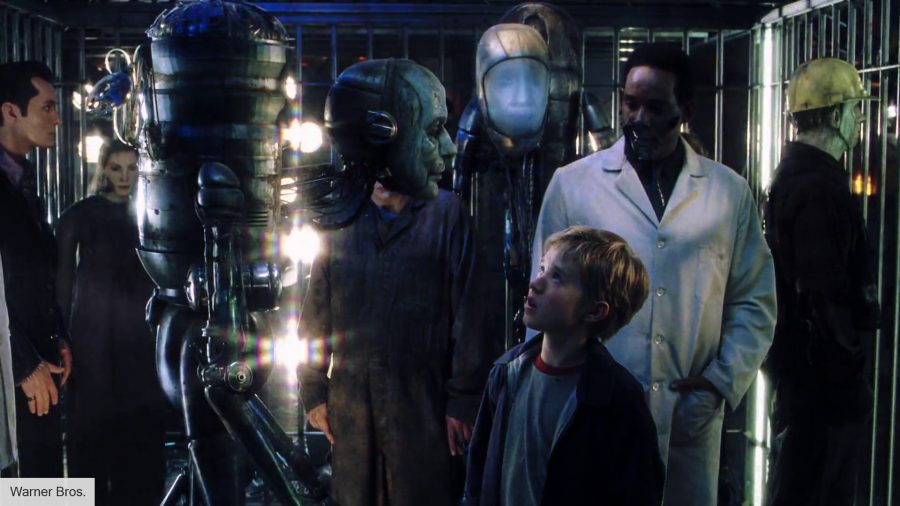 When David and Joe find their way to Manhattan to confront David’s creator, Professor Hobby (William Hurt), at the Cybertronics headquarters, we see dozens of Davids, and a female version, Darlene, packaged for new moms and dads. More children destined for the side of the road, in one way or another. A.I. started life as a Kubrick movie, in the ’70s, before ultimately becoming a Spielberg one, and although Spielberg worked off his own treatment, to me it’s a sum of its parts.

There’s a Kubrickian coldness, an unerring nihilism about where we’ll ultimately end up, and yet, here’s Gigolo Joe dancing and jiving as he walks, because that’s just a thing he does. Teddy, David’s supertoy, is unerring in his companionship, and occasional witty line. But even Spielberg’s optimism struggles here, and like Joe, it’s caught towards the end, whispering “I am.. I was,” as it’s hauled away for the conclusion we all knew was coming. 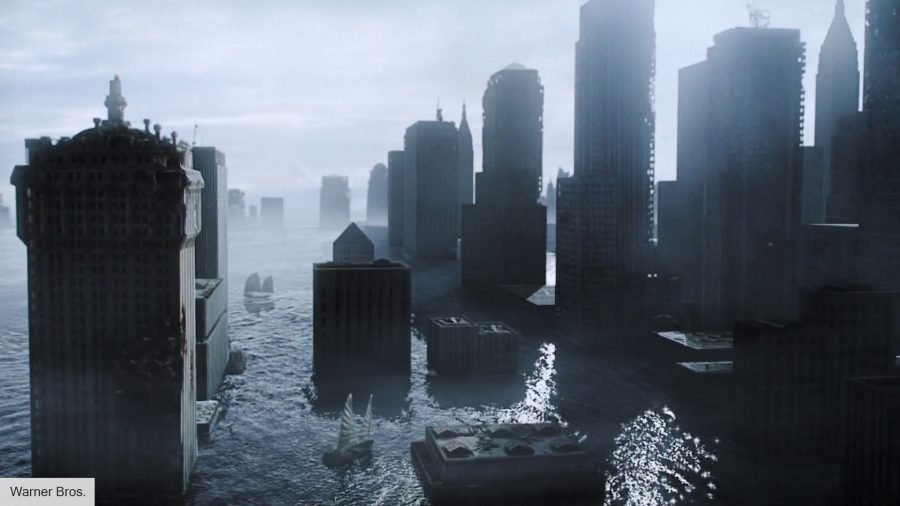 David wishes on the Blue Fairy, a rundown statue in the ruins of New York, to make him a real boy. Over, and over, and over, until he stops functioning. You can’t wish your way into being accepted, and trying to do so is a cold, dark, quiet death.

Well, you can, so long as you happen to freeze in a place where your body can be preserved and unearthed by advanced artificial life, who can clone whatever you want to be loved by, giving you the perfect day you were always programmed to want. After which, you can finally sleep soundly, because it only took millennia of evolution to get such affection. Bleak. 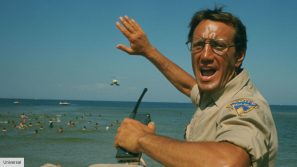