The cultural impact of Star Wars reaches far and wide, and it still remains one of the most popular and most successful science fiction movie franchises of all time. If you’re also a fan of the ‘90s movie Men in Black, you might just dig this cool little reference that movie included to the Star Wars timeline.

Men in Black is a comedy movie all about aliens and monsters from other worlds, starring Will Smith and Tommy Lee Jones. The movie was a big hit with audiences and spawned two direct sequels, plus a spin-off starring Thor cast buddies Chris Hemsworth and Tessa Thompson (but we don’t want to talk about that).

Eagle-eyed viewers may have spotted some little references to the Star Wars movies in the original Men in Black, and even believe there could be a connection between some of the alien life forms in Men in Black and a group of Star Wars characters. Is George Lucas an alien? Are the weird little worm guys from Men in Black actually friends with Jabba the Hutt?

Well, when Will Smith’s character Agent J is being shown around the Men in Black headquarters, he is shown a board featuring all the different celebrities who are actually aliens. On that board is George Lucas.

Now, if he actually is an alien, that leads us to an intriguing question. Is the whole lore of Star Wars actually based on alien creatures Lucas met out in the galaxy before landing on Earth? The logic checks out, if you ask us.

The evidence actually piles up, when you take a better look at the freaky little worm guys who are causing havoc in the breakout room. Not only do they look vaguely familiar, but if you listen carefully, they’re speaking an iconic Star Wars language.

The worm guys are heard saying “Wanga,” which although we don’t know the direct meaning, is actually part of the Huttesse language. So there you have it, George Lucas is definitely not from this planet. 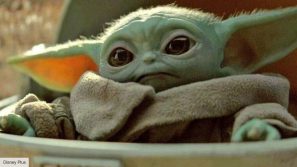