Whenever a classic franchise gets a modern sequel, movie-goers are always a bit apprehensive. However, Scream 5 directors Matt Bettinelli-Olpin, and Tyler Gillett have assured slasher fans that they will do the franchise proud, and that the new instalment will have a ton of easter eggs from the previous films.

The original 1996 horror movie Scream, was the beginning of a cultural phenomenon. The story follows a young woman, Sidney Prescott (Neve Campbell), who is stalked by a mysterious killer wearing a Ghostface mask. Directed by horror legend Wes Craven (A Nightmare on Elm Street), the movie has spawned three sequels, a TV series, and probably one of the most popular Halloween costumes of all time. Scream 5 recently finished production, and is the first Scream movie that won’t be directed by Craven, who tragically passed away in 2015.

Radio Silence is the filmmaking trio that have taken over the slasher reins. Comprised of producer Chad Villella, and directors Bettinelli-Olpin and Gillett, the team’s new movie will be a direct sequel to Craven’s films. In an interview with Hello Sidney, Radio Silence spoke about their upcoming entry to the iconic franchise. Although it is a standalone film, there will be plenty of references to Craven’s original work.

“A lot of it came from the script, where the entry point is accessible to everybody. This isn’t a movie that you need to have seen 27 other movies to understand […] But, your experience will be extremely heightened the more knowledge you have of those previous four,” the team explained. “We have a ton of easter eggs. It wouldn’t be a Scream movie if it wasn’t self-referential and didn’t talk about, you know, where the genre is at in a kind of pop-culture sense.”

The Scream franchise is known for being meta, and poking fun at classic horror tropes. There’s plenty of easter eggs Radio Silence could incorporate into the movie, and ways of examining Scream’s larger than life legacy.

Scream 5 will release on January 14, 2022 across the US and UK. While we wait for its big-screen debut, why not read our list of the best horror movies on Netflix. 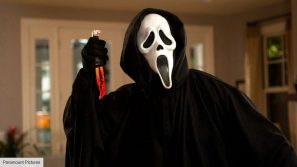