We knew that Michael B. Jordan was taking some risks with Creed 3. The Marvel Cinematic Universe actor isn’t just going to star in the sporting-action movie. He’s also stepping behind the camera for the first time to direct it. Now, though, one of the film’s leads has said the new Creed movie will be “different” to the first two films.

In an interview with the NME Creed 3 star, Jonathan Majors was asked about the upcoming film and said it wouldn’t be like the first two instalments in the Creed franchise. The first two movies were very much cast in the same mould as the Rocky movies, in that they had boxing villains that Creed needed to defeat. Majors says this new film isn’t like that, though, and his character is more than a bad guy who needs a good punch.

“Michael is really trying to do something different with this Creed,” he says. “Something that’s a bit more intimate. With intimacy comes complexity. It’s he and I. It’s a story about these two men trying to work something out, and it’s very different from the others.”

While we know Majors will be the antagonist of the new Creed movie, details on the project are quite scarce. After the release of Creed 2, there was talk of having Deontay Wilder play the son of Clubber Lang, who comes to challenge Creed, but it seems like those plans fell through.

We also know that Sylvester Stallone won’t be reprising the role of Rocky. In an interview with IGN, Jordan said Stallone was stepping back because this wasn’t Rocky’s franchise anymore; it was Creed’s.

“Yeah, I think that Sly let it be known that he wasn’t coming back for this one, but I think, you know, his essence and his spirit… there’s always going to be a little bit of Rocky within Adonis,” Jordan said. “But this is a Creed franchise, and we really want to build this story and this world around him moving forward.”

Jordan finished the interview by promising that Creed 3 will respect what Stallone has built, adding that he hopes fans will love what he’s cooking up, promising it’s going to be “special”.

Creed 3 is set for release on November 23, 2022. While we wait for him to get in the ring, why not check out our list of the best drama movies. 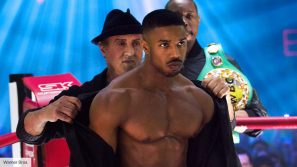 Michael B. Jordan reveals his two acting idols
Get involved Continue the conversation over on The Digital Fix Forum