Ready to have a new quality streaming service at your fingertips? Well, our readers over the pond in the UK are in for a treat. During a recent investor call (via Comicbook.com), Paramount CEO Bob Bakish announced that Paramount Plus would be launching in the UK and South Korea in June 2022.

Since it was first announced that Paramount Plus would be breaking the international market with its streaming service in 2022, TV series and movie lovers have been waiting patiently for a specific release date. Well, after months of silence and speculation, Bakish has now confirmed that on June 22, Paramount Plus will be available for our readers in the UK and Ireland.

This means that for a set price, you can enjoy 8,000 hours of content from Paramount Pictures, Showtime, Comedy Central, MTV, and Nickelodeon. Subscribers will also have access to the hit series Yellowstone, along with the Halo TV series, Star Trek original series, The Mayor of Kingstown, and more. So, yeah, it is time to start reaching for those wallets!

Paramount Plus is set to cost £6.99 per month or £69.90 per year. The service will also offer its new users a seven-day free trial, which can be cancelled at any time. If that wasn’t enticing enough, Paramount Plus will also be available to Sky Cinema subscribers at no extra cost.

I am afraid there is some bad news along with the happy announcement. Currently, no date bar the month was given for when the platform will become available for South Korea (sorry, folks). However, fear not; updates on that front should break soon as June is just around the corner. We will be sure to keep you posted.

In the meantime, if you are in the US and want a crack at the streaming service, you can already sign up to Paramount Plus through our link here. 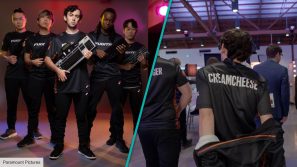