Very soon, we’re going to pay one last visit to the Ozark lakes, as Netflix’s dark TV series about a family of money launderers comes to a close with its fourth season.  Over the last three seasons, we’ve seen Marty and Wendy Byrde get themselves in and out of trouble, but this final series could see their criminal enterprise come tumbling down around them.

In case you’ve not seen it, Ozark stars Jason Bateman as Marty Byrde, a former money launderer for the Mexican Cartels who, in order to save his own life after his bosses find out his partner’s been stealing from them, moves to the Ozark Lakes with the promise of laundering  $500 million in five years.

As you might expect from a show about ruthless criminals, information exact details about the last season are being closely guarded, but if you’re a fan of the show like us, and you’re desperate to know more, don’t worry, we’ve done some digging to bring you all the details we know about the new season of Ozark.

When is the Ozark season 4 release date?

At the moment Netflix hasn’t confirmed an air date for the critically-acclaimed TV series, which is hardly a surprise given that filming was delayed last year due to the pandemic. The restrictions put in place, unfortunately, mean that Jason Bateman will be unable to direct any fourth season episodes.

Since its inception, the executive producer had directed episodes of the series but he couldn’t in good conscience take on the job this time around. To ensure the safety of the cast and crew, the man behind Marty Byrde told Indiewire: “the producer side of me made me think it’s just not responsible to have one of the actors direct the first two, given that we’re still going to be getting our perimeter safe.”

Get your stream on: Best TV series on Netflix

Logistically, it makes sense; if Bateman was back and forth between takes, it would increase the risk to the cast and crew. “If one of the actors gets sick,” Bateman explained, “we all have to go home for weeks. If one of the crew members gets sick — while I’m making sure their salary is protected while they’re in quarantine — we can hire a replacement. So it just didn’t seem smart for me to [direct] the first two [episodes].”

Nevertheless, filming began in November and is still underway, with a premiere date sometime in 2022. Cast-member Julia Garner told W Magazine that production is due to finish in October 2021, and she’s mentally preparing herself for the end. “The fact that Ozark is ending hits me in waves. I met some of my best friends here,” she says. “It’s almost been like my weird version of a college experience.” 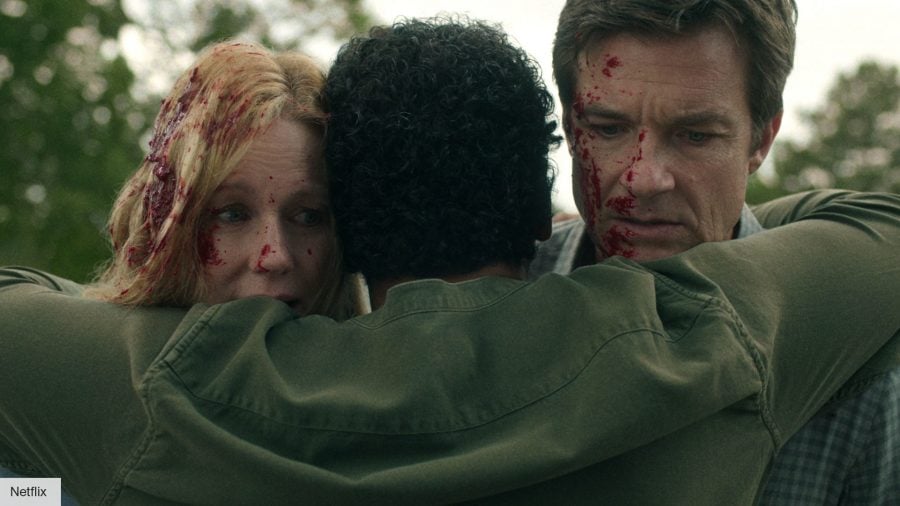 Who is in the Ozark cast?

Following the shocking events of season 3, the playing field has drastically changed due to unpredictable exits and alliances in Ozark. Somehow though, the key players are still on board. Jason Bateman and Laura Linney will be back as Marty and Wendy Byrde, last seen in the chilling embrace of their boss Omar Navarro (Felix Solis) and covered in bits and pieces of Helen Pierce (Janet McTeer) following her brutal execution. Also back in the family business are Sofia Hublitz and Skylar Gaertner as the Byrde children, Charlotte and Jonah.

Season 4 will also see the return of Julia Garner’s Ruth Langmore and Lisa Emery as the unnerving Darlene Snell. The pair formed a partnership last season after Ruth turned her back on the Byrdes following the death of her fleeting love interest Ben, who was handed over to the cartel by his sister, Wendy.

The horror! Best horror on Netflix

As for new faces in Ozark, more members of Navarro’s corrupt family will be blowing on to the scene, and they’re potentially more of a threat than the Byrdes’ boss. Veronica Falcón will make her debut in the final season as Omar’s sister, Camila Elizonndro, who will be helping her son, Javi (newcomer Alfonso Herrera), carve out his piece of the enterprise that could threaten Omar’s rule.

Ali Stroker will also be stepping onto the scene as an old friend of Ruth’s mother who will be on her side as the final war unfolds. We’re also going to get a cameo from Run the Jewels’ Killer Mike, who isn’t just a fan of the show but whose song ‘Ooh La La’ closed out season 3. 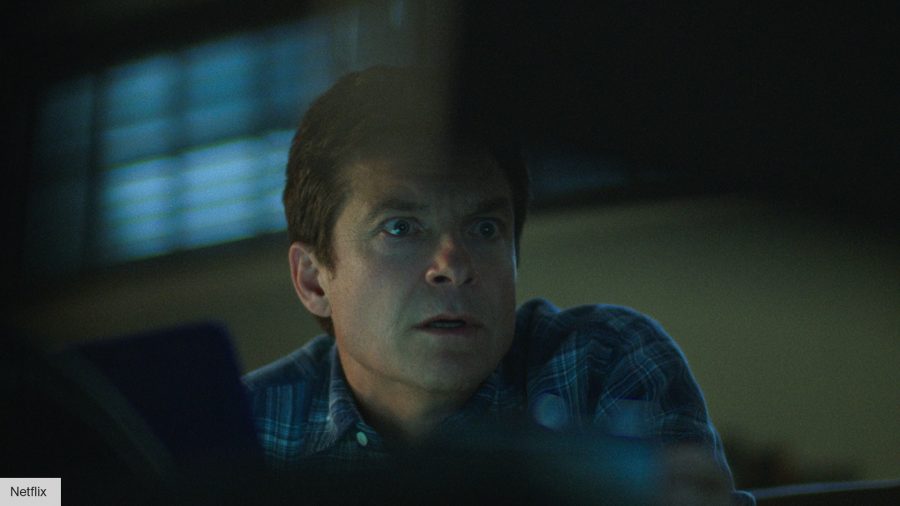 Plot details regarding Ozark’s swan song of a season are pretty slim at the moment, but if the crumbs of info that are out there suggest anything, it’s that this could be the end for Marty Byrde as we know it. Speaking to Deadline about what’s in store for season 4, Jason Bateman explained that the opening episode is titled ‘The Beginning of the End (bit foreboding) and begins on a gruesome note. “The next season, the first episode, is Laura [Linney] and I looking in the mirror just after that moment, cleaning Janet [McTeer] out of our hair,” says Bateman. “It’s a nice 10 minutes later pick-up from it.”

Bateman also added where Marty, in particular, will be mentally for the final series. His character has gone through quite a journey so far, thinking on his feet initially, gaining control in the second season and then, as the actor put it to Deadline, “back on his heels again” in the third. It showed a layer to Marty that Bateman enjoyed revealing, “a little more truer to what is underneath his veneer of confidence and capability,” he explained. “Now we’re into the fourth season, and without giving too much away, there’s a little bit more of a blend of that.”

It sounds like no time is being wasted in telling the final chapter from the book of Byrde. With the quest for power on all sides and Marty and Wendy getting caught in the crossfire, the show will need to pull off a roaring exit. Thankfully, that’s precisely what the writers have planned. How Many Episodes Will Season 4 Have?

From The Sopranos to Harry Potter, some of the greatest finales have been too big for just one instalment. Ozark looks to be following suit with confirmation that season 4 is splitting in two and consist of a monstrous 14 episodes instead of the usual 10. While Bateman, as mentioned, won’t be back behind the camera, it was confirmed that some of the upcoming instalments would be helmed by Netflix alumni and House of Cards star Robin Wright.

A fan of the show since the beginning, the actress-turned-director has shown a few snaps of iconic locations from Ozark on Instagram after news broke she’d be on board in March. Speaking to Collider, Wright expressed her passion for the show saying: “I just love that cast so much and the style of the show. And you think, ‘Well, is it possible that something could be darker than House of Cards?’ Yes, this one!” For now, all we can do is prepare ourselves and see just how dark things get.

Where is the Ozark season 4 trailer?

At the time of writing Netflix haven’t released a trailer for Ozark season 4. As soon as the streaming service releases a teaser we’ll be sure to update this article.