Ever wondered what Red Forman of TV series That ’70s Show would make of grunge and FPS game Doom? Netflix is going to provide the answer, with a sequel series called That ’90s Show.

Variety reports that the streaming service is working on a spin-off set 15 years after the original ended. Leia Forman, Eric and Donna’s daughter, goes to visit her paternal grandparents in 1995, and we follow her exploration of Point Place, WI. Kurtwood Smith and Debra Jo Rupp are believed to be returning, as Red and Kitty Forman, Eric’s long-suffering parents who now have another generation to dote over, glare at, and generally be bemused by.

A ten-episode first season has been order, and it’s expected to follow the same multi-camera setup as the original ’90s show. Bonnie Turner and Terry Turner are writing and executive producing, as is Lindsey Turner, their daughter, making it a generational affair behind the camera as well as in front. Gregg Mettler, who previously served as producer on That ’70s Show and Third Rock From The Sun, is showrunner, as well as executive producer.

That ’70s Show concluded in mid-2006, following the characters right up to midnight on December 31, 1979. The on again, off again relationship between Eric Forman (Topher Grace) and his neighbour Donna (Laura Prepon) was one of the main overarching stories, and That ’90s Show seems to confirm everything worked out for them.

It remains to be seen if any other former cast-members will join the project. There’s no release window yet on when the Netflix TV series will arrive. In the meantime, we have the best sci-fi series, and best Netflix horror movies to keep you amused. 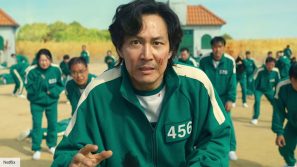