Last Night in Soho director Edgar Wright has opened up in an interview with No Time to Die director Cary Fukunaga about the possibility of a sequel to Baby Driver. Both directors talk about the lull and feeling of emptiness after completing a project and the temptation to rush straight into the next thing – whether it’s in the same vein or a completely new path.

Wright says; “In fact, the reason I decided to do Last Night in Soho was because at the time when Baby Driver was out, it was doing an awards run and got Oscar nominations, and I was getting a lot of pressure to jump straight into doing a sequel. And I just wasn’t ready to do the same story again. It was a conscious thing of switching gears.”

He continues; “If I did the sequel—and in fact I’ve already written a script—I’d have to find a way to make it fun for me. The idea of doing a straight Xerox is just not interesting because, as you know, these films take at least two years and in our cases, because of the pandemic, they took even longer. My rule of thumb is you have to really want to do it.”

In response to a question about whether expanding on Baby Driver wouldn’t be as satisfying as the first film, Wright says; “That’s definitely true. And then there’s the exceptions to the rule, like when you hear, “George Miller is doing a fourth Mad Max film? I wonder what that’s going to be like?” And then you see Mad Max: Fury Road and you see that it is obviously something where he’s taken what he had before, and managed to realize it on a whole other level that is extraordinary.”

Wright is best known for his Cornetto Trilogy, made up of Shaun of the Dead, Hot Fuzz and The World’s End. While those three films had many of the same actors, and revolved around the central partnership of Simon Pegg and Nick Frost, they played different characters in each of the three standalone stories.

It is surprising that Wright is not considering a sequel to Scott Pilgrim vs The World, considering it recently celebrated its 10th anniversary which garnered a lot of renewed interest. Also – many of the cast of young actors – including Mary Elizabeth Winstead, Brie Larson and Chris Evans have since become huge stars. 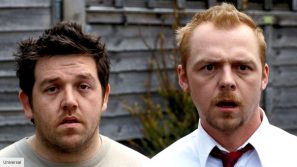