In Loki, the Time Variance Authority is one of the most impressive parts of the Marvel Cinematic Universe series. Feeling both ethereal and also like any old office building, it helps ground the audience while still keeping us ready for anything to happen.

Director Kate Herron discussed some of the influences for the sci-fi series with Jack Howard, and revealed that one of the best action movies, and one of the best romance movies, were key influences. “Autumn (Durald, cinematographer) and I really wanted the TVA to feel grounded and real, and obviously, this is an organisation that exists outside of space and time, so we were inspired by films like Eternal Sunshine of the Spotless Mind, and Scott Pilgrim,” Herron says. “Both of those films use practical sets, that link to other fantastical practical sets.”

She goes on to explain that when we see Owen Wilson’s Mobius accompany Tom Hiddleston’s Loki down the elevator, through a corridor and into a time theatre, it’s all one set. “I wanted it to really feel like the audience were with the characters,” Herron says. “We filmed that in two steadicam shots, and that means we did a standard two-shot (cameras placed in front and behind actors), and we had that run all the way into the time-theatre, where we had a reverse behind their backs.”

Released in 2010, Edgar Wright’s Scott Pilgrim vs the World is a romance movie that was absolutely ahead of its time. Before the MCU became a cultural juggernaut, Scott Pilgrim merged videogame and comic book aesthetics and transitions, playfully fiddling with the various visual languages.

You can watch the entire chat below – this segment begins around the 13 minute mark: 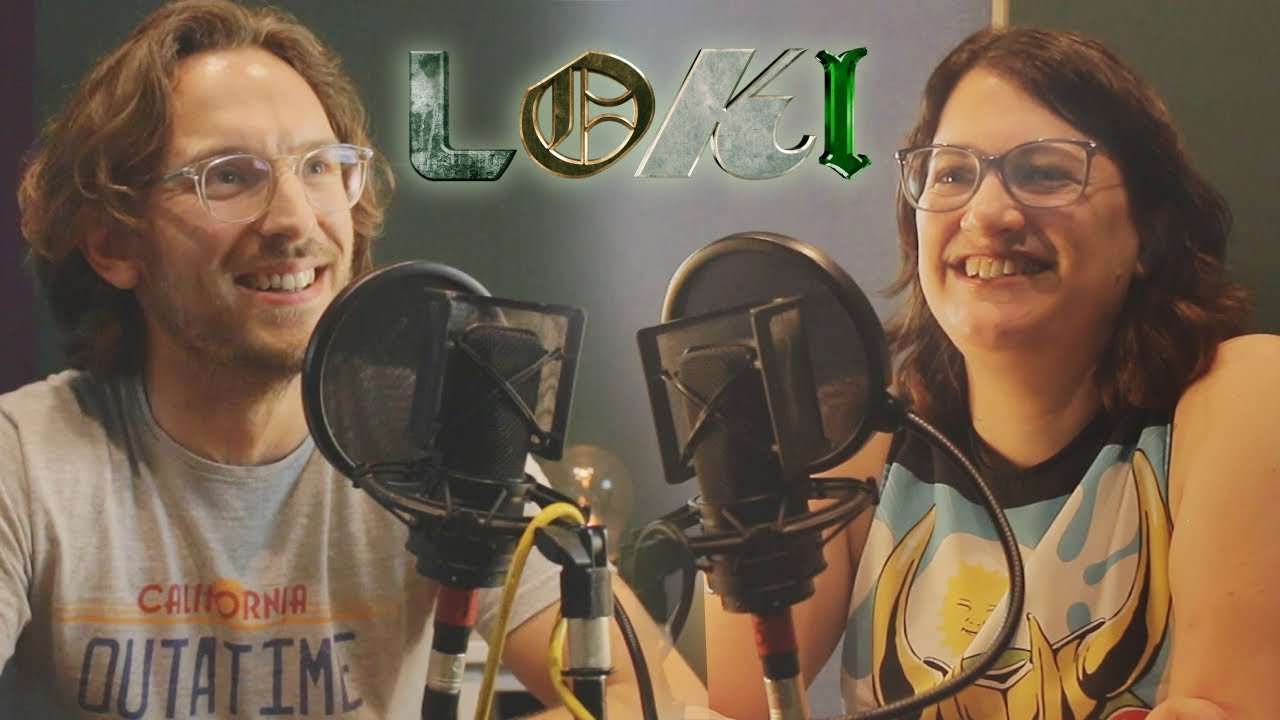 If you haven’t seen, Scott Pilgrim is about the titular Scott, who has to fight the seven exes of his crush, Ramona Flowers. Chris Evans and Brie Larson, of Captain America and Captain Marvel fame, are in it, as are a raft of other famous names. It’s based on the comics by Scott McCloud, and it comes highly recommended.

Eternal Sunshine of Spotless Mind is equally good, but in a vastly different way. Jim Carrey and Kate Winslet play former lovers who try to erase their memories of each, but decide against it mid-procedure. Written by Charlie Kaufman, and directed by Michel Gondry, it’s a strange, dense, beautifully meta-physical film

Now that Herron’s mentioned them, you can pin-point specific moments and scenes that draw from either movie. The comedic banter in ‘Journey Into Mystery’ between the variants has that Wright-esque pace, and the way Loki consistently grounds its mind-bendiness in character and emotion is straight from the book of Kaufman.

Given the Loki ending, we’ll have to see what other weirdness emerges in Marvel Phase 4, with Spider-Man: No Way Home, Doctor in the Multiverse of Madness, and more.