Idris Elba is currently starring in new western The Harder They Fall, which had a festival run before landing on Netflix last week. Will Smith is starring in the titular role in King Richard – which will be released on November 19. He is heavily tipped for an Oscar nomination for his lead role as the father and coach of Venus and Serena Williams.

Whatever the new project involving Elba and Smith is, it will provoke much hype and speculation. It could even be something musical, given Smith’s run of hit records in the late 90s. In 2018, Smith performed the official song of the FIFA World Cup, so he hasn’t left music behind all together. Elba is a successful DJ with the stage-name of DJ Big Driis, as well as an R&B musician. He launched a record label in 2018 and performed at Coachella in 2019.

Both Will Smith and Idris Elba have done some of their best-known and most successful work on the small screen – so it could be a TV project that they’re collaborating on. Last year, there was a Fresh Prince of Bel-Air Reunion for the series’ 30th anniversary. Elba’s career was launched when he played Stringer Bell on The Wire and he went on to star in the hit show Luther.

Or of course, it could be a movie. Will Smith has recently starred as the genie in the live-action Aladdin, Ang Lee’s Gemini Man and the sequel Bad Boys For Life, which was well-reviewed. Idris Elba has recently inhabited a diverse range of roles – Bloodsport in The Suicide Squad, Brixton in Hobbs & Shaw and – lest we forget – Macavity in Cats. The Harder They Fall is his second cowboy movie within two years – he also starred in Concrete Cowboy last year.

So – will it be a movie, a TV show, or even a musical project that Will Smith and Idris Elba are teaming up on? We will have to stay tuned to find out! 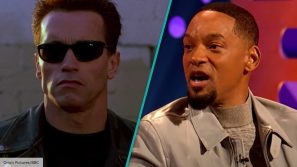