Sports movies have a special power over me. Despite having all the athletic skills of a particularly uncoordinated brontosaurus, and zero interest in sports, I can’t help but fall in love with them. The good ones, at least. So I’m delighted to say that Will Smith’s new movie King Richard isn’t just a sports movie, it isn’t just a great sports movie, it’s a brilliant sports movie, and what makes it so riveting is the man at the centre of it, the titular Richard.

Based on the true story of Richard Williams (Will Smith), the father of tennis legends Venus and Serena, King Richard explores how this uncompromising man helped to raise two of the greatest athletes the world has ever seen. With his unconventional training methods and sheer determination that he was raising “champions”, Richard changed the tennis world forever and took his family from the violent streets of Compton in the ‘90s to the manicured lawns of Wimbledon.

If it weren’t based on a true story, you wouldn’t believe it could happen. Yet success against the odds is a key theme in this film. No one believes that Richard, with his unrefined way of talking, grubby tennis whites, and uncompromising attitude, can succeed, and yet despite this, he does. Throughout the film, there’s a delicious sense of dramatic irony, we the audience, know that Richard is, of course, right about his daughters; they are indeed two of the best tennis players the world will ever see.

It makes every rejection he and the girls receive as they try and find a coach slightly amusing that these arrogant white men who think they know the game so well just turned down the opportunity to train two of the best players to ever pick up a tennis racket. Of course, a sense of schadenfreude is enjoyable for an audience, but it can’t carry you for the whole run of a movie, and certainly not one as long as King Richard.

No, the reason why King Richard is so immensely watchable comes down to two things. The first is the performances, I don’t think I’ve ever liked Will Smith more in a role. He completely disappeared into the part of Richard; the Fresh Prince was gone, he was no more, all that was left was a desperate dad who wanted the best for his kids.

But there’s more to it than raw sentimentality. Smith embodies the man’s many flaws with equal grace. He’s an imperfect father and man who always thinks he knows best, that he’s the best, that the family owe their success to him. It’s incredibly frustrating to watch, and it leaves you with this strange sense of cognitive dissonance.

On the one hand, you love him for what he’s doing for his girls – it helps that we know he’ll be proven right – but also his arrogance and treatment of his family make you want to stuff his mouth with tennis balls so he’ll just stop talking. 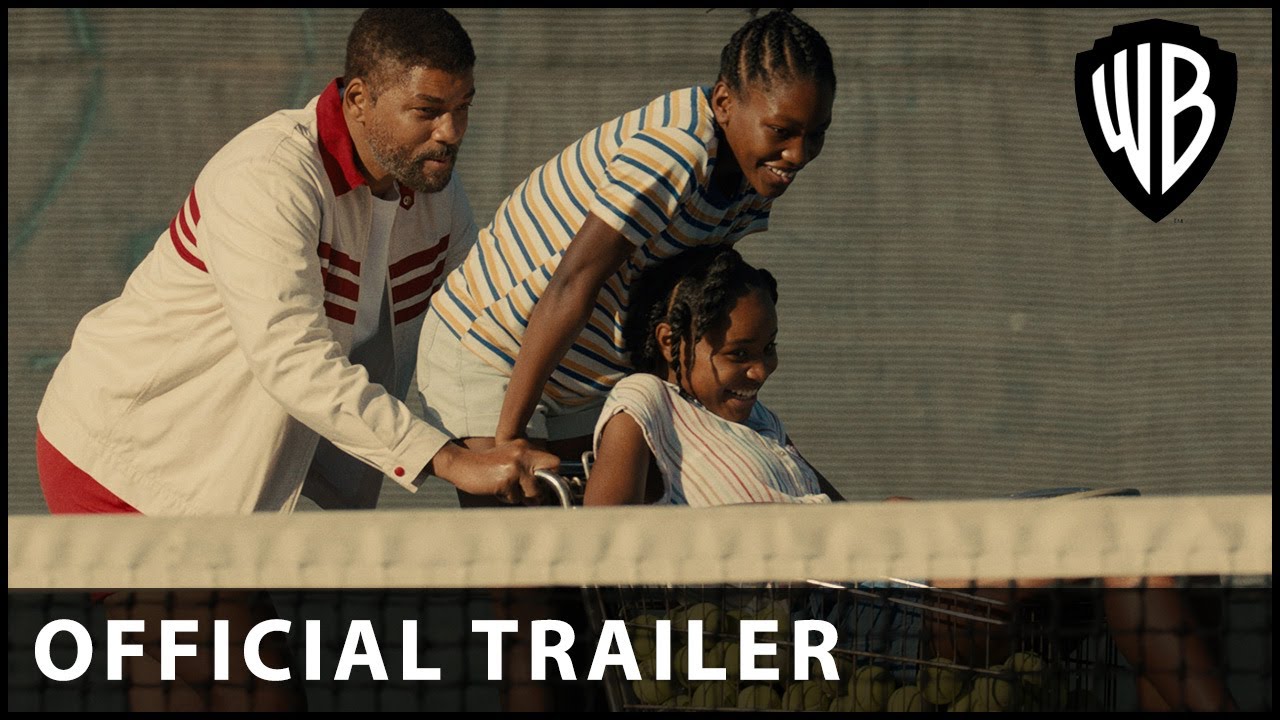 I was equally impressed by Aunjanue Ellis, who plays Richard’s long-suffering wife. I was worried when I saw the trailers that her role in training the girls would be forgotten, and while she does live in Richard’s shadow to an extent, screenwriter Zach Baylin wisely gives her enough of a backbone to stand on her own two feet.

As she puts it, when she married him, she took a vow to stand by Richard, but that doesn’t mean she won’t let him know when he’s dropped the ball. It would be easy for this role to devolve into a moaning caricature, but she believes in her girls just as much as Richard, and unlike him, she doesn’t need the credit.

Speaking of the girls, Saniyya Sidney and Demi Singleton, who play Venus and Serena, respectively, are sensational. Ultimately, while this is their father’s story, not theirs, they are so central to the premise that anything less than excellent would have been out (is that a tennis thing? I don’t play sports).

Sidney has to do the bulk of the heavy lifting – as it’s Venus who went pro first – and she’s incredible. She manages to give Venus this burning intensity; whenever you see her play, you believe with all your heart that this little girl is a winner, and yet she tempers it all with the playfulness and vulnerability of a child. 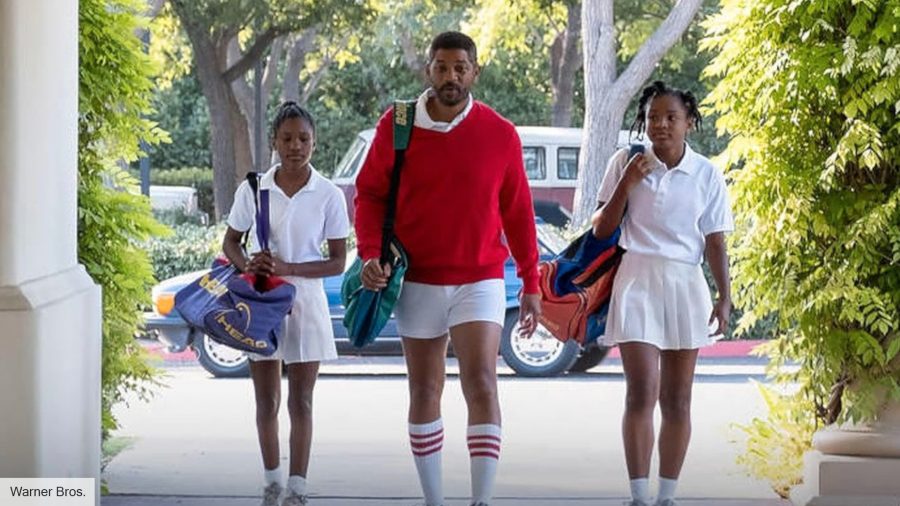 Similarly, Singleton, who so easily could have faded into the background once Venus starts playing tennis, holds her own magnificently with Smith, Ellis, and Sidney. She’s supportive and nurturing, but each scene she’s in is filled with this broiling subtext that she wants to be the one competing at this level, and it all comes down to the subtle beats in Singleton’s incredibly restrained performance. Jon Bernthal’s also great in the film, but I’m not writing him a whole paragraph. He’ll only get big-headed.

The second reason the film succeeds is that this is just a really well-told and compelling story. I’m sure that artistic license has been taken with the exact details and timings, but if you care about that, then I suggest you stick to documentary films.

I haven’t seen director Reinaldo Marcus Green’s other work, but after watching King Richard, I intend on tracking them down, and I suggest you do too because Green’s amazing. He and Baylin have taken an interesting story about tennis and made it into something more exciting than a lot of war movies. Seriously – during the last match, I was on the edge of my seat with anticipation.

Like Richard himself, though, the film isn’t perfect; very few things are. The first act is a little ponderous, and I think some people may struggle with the portrayal of Richard. Lip service is certainly paid to some of the more unsavoury aspects of his character, but it’s ultimately a film that lionises the man.

Now I don’t know enough about the real man to say if that’s fair – and the fact that both Williams sisters served as executive producers suggests to me that I may be overthinking it – but Richard is a blowhard and cheat, and I would have liked to see that explored a little more. Still, you can only play the cards you’re dealt – or should that be balls you’re served? 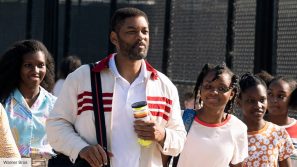 The best Will Smith movie in a long time manages to do the impossible and make me care about tennis.