Disney has shared some new casting news for the Sanderson sisters’ next witchy outing. In celebration of Halloween, the studio announced 11 new stars who will appear in Hocus Pocus 2, the sequel to the 1993 cult classic. Joining the production is Game of Thrones actor Hannah Waddingham and Doug Jones, who played Billy Butcherson in the original ‘90s movie.

Taking to Twitter, Disney Plus broke the big casting news. Posting a video of the upcoming family movie’s logo, the streaming service revealed that both old and new faces would feature in the next instalment of Hocus Pocus. The post reads: “The black flame candle is alight to the Sanderson sisters’ delight. Bette Midler, Sarah Jessica Parker, and Kathy Najimy shall soon return.”

Both Waddingham and Jones’s roles are currently unknown, and it is unclear what part they’ll play in the next chapter of the Disney movie. However, it is expected that Jones will reprise his role as Billy Butcherson – Winifred Sanderson’s (Bette Midler) ex-boyfriend.

Plot details about Hocus Pocus 2 are currently being kept under wraps. So far, we know that the new flick will be set years after the first movie’s events, where the children hating trio of sisters were first resurrected after 300 years on Halloween night. It seems like the sequel will see the witches awaken once more, how though, we don’t know yet.

We will keep you updated as soon as we know more narrative details. In the meantime, fans can look forward to the film, which is expected to release exclusively on Disney Plus in late 2022. 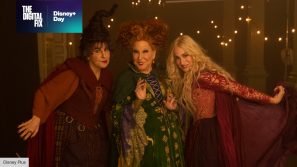