For my money, George A Romero’s Dawn of the Dead is the best zombie movie of all time. Between the isolated setting, comforting humanity of the characters, unrepentant socio-political awareness, and playful gore, it represents everything I love about the undead. Zack Snyder’s 2004 remake isn’t quite as good, but it gets bloody close.

His first movie after more than a decade making ads and music videos – including singles by ZZ Top, Soul Asylum, and Rod Stewart – Snyder came on board after reading James Gunn’s script. Together, the would-be MCU and DCEU filmmakers crafted an intense, white-knuckle version of Romero’s consumerist wasteland. The action is more explosive, the core group is larger, and perhaps the most crucial escalation of all: these zombies run.

In fact, for the most part, the Dawn of the Dead remake does the opposite of the original. This was intentional on Snyder’s part, as a way of setting his work apart from the architect of the living dead’s, and it makes all the difference in the effectiveness of the finished horror movie.

Away from the curdling anxiety of Romero’s smoky news panel while apartment buildings become corpse-filled death traps, Snyder starts in quiet suburbia, where an overworked nurse, Ana (Sarah Polley), is just clocking off. She has no idea what’s coming, but we do, and watching her cuddle up with her partner creates a brewing dread that pours over the next morning, when they’re attacked in their bedroom by a young, zombified neighbour.

Ana’s escape spills out further into a blasting panorama of her neighbourhood-turned-warzone. Screams coming from all directions, people are desperately trying to escape whatever’s happening. Just about managing to get her car started, Ana heads toward the highway, narrowly avoiding a collision.

No more room in hell: The best horror movies

The perceived security of middle-class America is shattered, plunged into post-9/11 hysteria. Where once was routine, comfort, and quiet exhaustion, we have anger and paranoia. Everyone covered in the blood and guts of everyone else, with nowhere obvious to turn. Ana finds some other stragglers; Ving Rhames’s gruff police sergeant Kenneth, Jake Weber’s kindly Michael, Mekhi Phifer’s Andre, and Luda, Andre’s heavily pregnant partner, played by Inna Korobkina. They break into a shopping mall, indulging in the relief of bland lighting and consumerist show floors full of supplies. 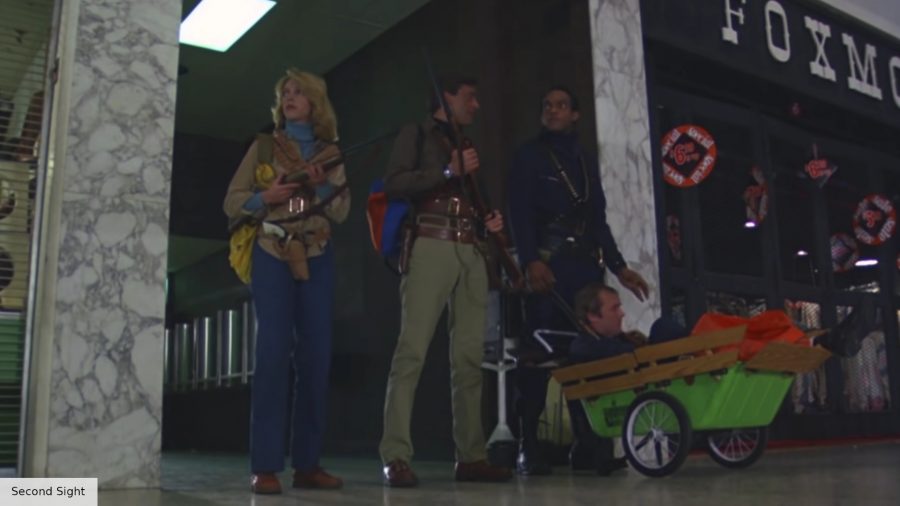 But even this is no safe haven, overseen by Michael Kelly’s dictatorial security guard CJ and his cronies. A tense stand-off has him overthrown, muttering of his belief that taking in others will be their undoing. In the shadow of the zeitgeist following 9/11, Snyder positions the mall as a stand-in for American politics, with guarded, reflexive nationalism contending with quiet open-mindedness of the majority.

When another group arrives, they’re welcomed with open arms, the allegorical tired and poor finding shelter on this concrete island of huddled misfits. The incurably zombified are given dignity, their belated family safe and sound in the bosom of a reclaimed food court. There’s satire here, too: America as a commodified empire, corporate logos on every corner, and mostly white, straight, cis-gendered, and able-bodied in its wanton belief in communication and unity.

It gets up and kills: The best Netflix horror movies

The mindless buying and browsing that underpins the ’78 film as a warning has now become inseparable from modern America. Though Snyder’s movie still asks, there is no question about why the walking dead are drawn to their local department stores: it’s all they had. Whatever you’re looking for, whatever you need, this gigantic warehouse, built across 50,000 square foot or so, has it, and probably in some inane deal or other. 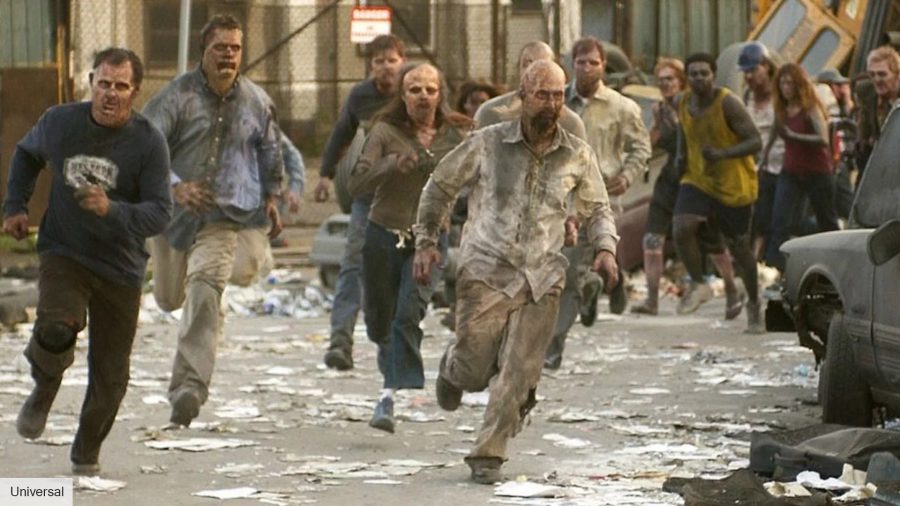 Romero saw the wonder in malls more than Snyder does, what with sequences of reanimated corpses slipping around on ice-rinks and such. To Francine, Stephen, Peter, and Roger in the original Dawn of the Dead, Monroeville Shopping Mall is incredible in its convenience, whole montages dedicated to sweeping the aisles and checking out the arcade. Romero’s film doesn’t think they’re healthy but understands the temporary appeal, whereas the remake views them as cultural tombs.

Emphasis on temporary, as evidenced by the biker gang brigading the shopping centre in Romero’s third act. No amount of the newest, freshest, cleanest products can shield one from the hell that is other people, least of all during the post-capitalistic downfall of mankind. Francine and Peter have to keep moving because accumulating stuff and being surrounded by stuff is no substitute or safeguard for life and living, and sometimes you’re forced to fly off into the sunset.

Some kind of instinct: The best Amazon Prime horror movies

Snyder’s Dawn of the Dead sees little difference between our main characters and the rotting masses. Sure, Ana and Kenneth and Michael and all aren’t infected, but what else? They’ve all ended up in the same place, even with celebrities in the mix of the growing horde on their doorstep. They were attracted to this same landmark, and now everyone’s in the same mindless loop, feasting on the remains of capitalism’s utter inability to provide any cushion to worldwide catastrophe. 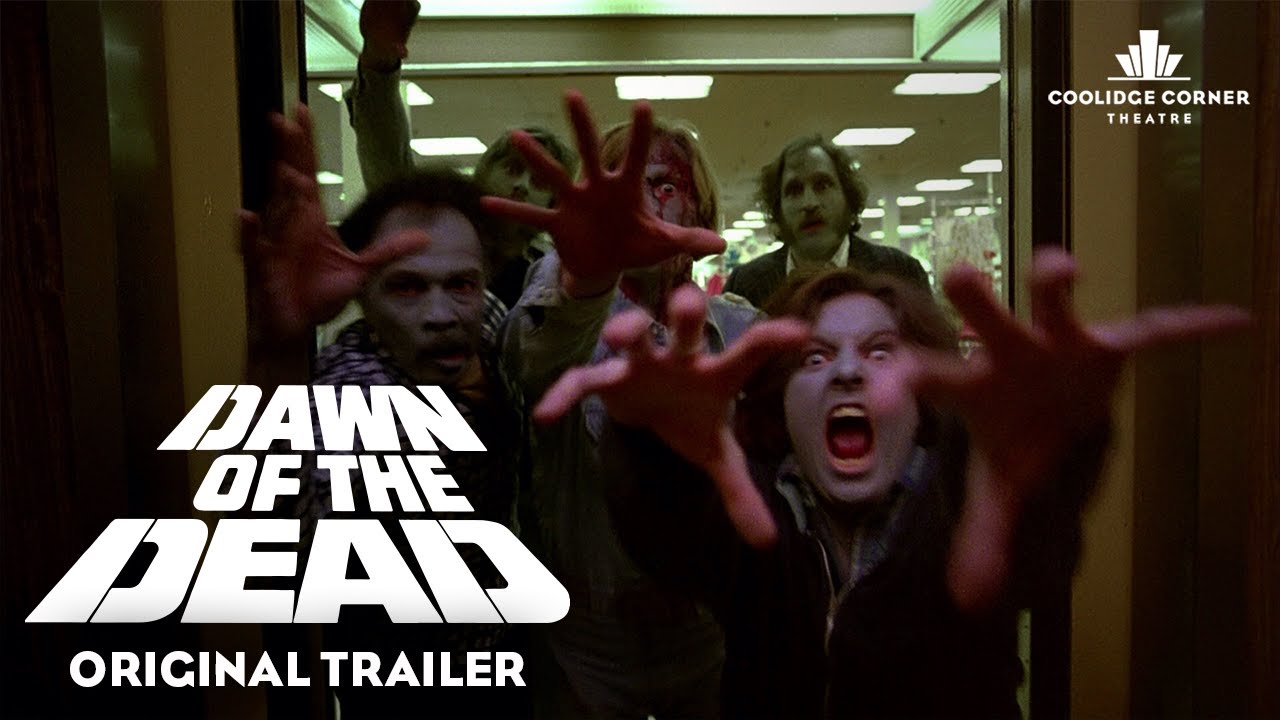 Yet, even a filmmaker like Snyder, whose storytelling tends towards nihilism, has to admit it’d make one hell of a holiday to be given free rein in a fully stocked omniplex. Richard Cheese covers Disturbed’s ‘Down with the Sickness’ as romantic dalliances form across the group, and Kenneth enjoys chess and trading headshots with the firearms store-owner across the street, putting a fine point on who Snyder and Gunn would want on their team when the real shit hits the fan.

People bond, joke, and find ways to maintain humanity. Both films hold a candle for connection through the shock reset, a chance to shed past lives and start again. Romero found peace in the stillness, until the outside world came barging in like it always does, but Snyder has no time for such subtlety. When death comes from within – including a zombified baby, just in case it wasn’t clear the future was now a rotten corpse – Snyder’s crew decide they’d rather take their chances on a hail mary. 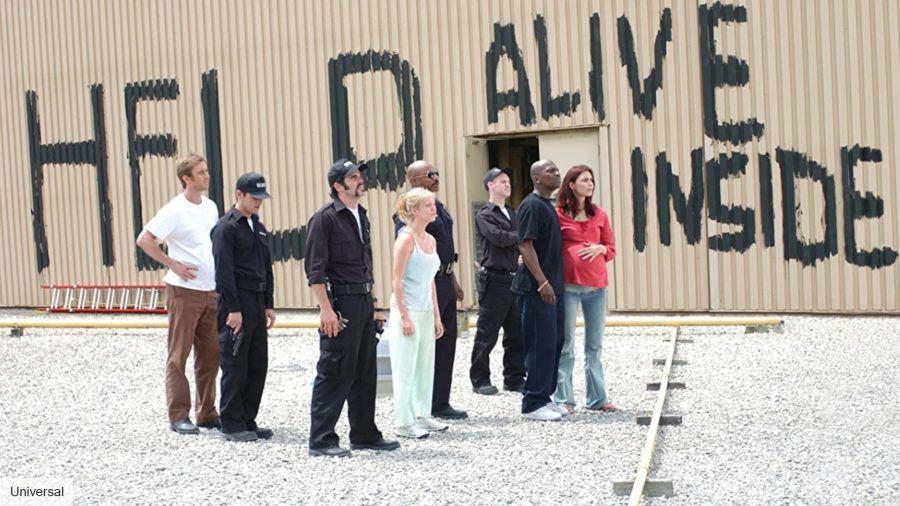 No use waiting for the inevitable, time to stare it down and see what’s what. Their great escape uses armoured vehicles and chainsaws and literal dynamite, all in what now feels like Snyder discovering his penchant for blackened, effects-heavy cinematography in real-time. The poetry and grace in Romero’s helicopter rising toward the blue sky is far away from this grisly parade, though it yields some relief all the same.

Where Snyder falls short is in his last shots: he can’t resist smothering ambiguity with the bear trap of his own desires. Sometimes it’s better to let us finish the ending ourselves, and see where it takes us. Romero understood that, and that’s why his version is unconquered, but Snyder got closer than anyone to figuring out what really made those zombies tick.

Dawn of the Dead (2004) is streaming now on Netflix 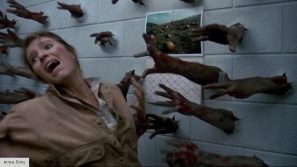