In 1985’s Day of the Dead, the first image we see is a woman hunched down in a square room. No furniture, grey on all sides. On the opposite wall is a calendar, all the days marked off, with an image of a pumpkin patch. She stares, longingly, at the picture of life, of escape. Her idle dream is shattered by dozens of zombified arms suddenly punching through the concrete to grab her.

In the mid-’80s, this brought the nightmare of George A Romero’s zombie movie dystopia into sharp focus. Coming up on a year-and-a-half of intermittent lockdowns, it captures the idle exhaustion with startling prescience. The last act in his Living Dead trilogy, Day of the Dead shows a world irrevocably and irreversibly altered by an infection we failed to contain.

Romero’s three-part zombie epic has become a staple of my lockdown viewing. Though anxious and frequently heartbreaking, there’s a soothing relatability in the isolation and catastrophising of it all. Rather than allowing me to escape into a fantasy land of magic and whimsy, it treats my concerns with grave certainty, all the while reminding me of the resilience we’re capable of amid devastation.

Beginning with Night of the Living Dead, the movies follow our steep, steady decline in gradual stages. A small group of people trying to escape being cornered in a rural farmhouse, followed by cities being overrun in Dawn of the Dead, and then Day, where it’s all over, and what’s left of us is resigned underground.

Aside from scores of shambling ghouls, the three are connected by the desperation, shock, and panic that courses through their disparate main characters. In Night, Barbara (Judith O’Dea) spends most of the film in a catatonic state after being chased by a zombie. Despite the entire Monroeville Mall’s worth of supplies in Dawn, Fran (Gaylen Ross) worries staying too long will leave the party trapped. Captain Henry Rhodes (Joseph Pilato) tries, and fails, to cover his trepidation with fervent yelling in Day.

End of the world: The best horror movies

It always manifests differently, because the situations and backgrounds of the people are different, but they’re all reacting to the same unerring catastrophe. They’re all trying to internalise the same gnawing feeling in the pit of their stomach from our entire infrastructure being brought to its knees then gnawed to death. 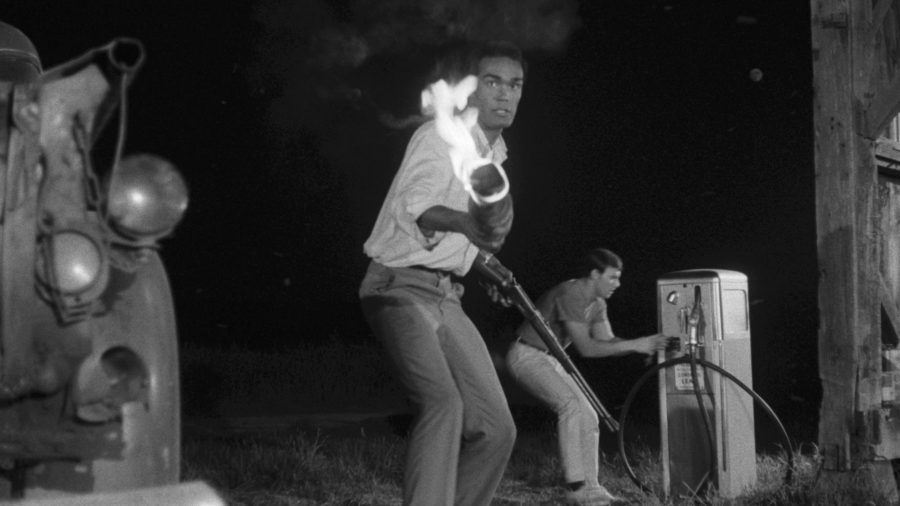 Since March 2020, many of us have been sitting under a cloud of ambiguous grief. Our lives were changed practically overnight, and we’ve had to endure numerous recalibrations as we attempt to hold onto whatever scraps of normality we can. Suddenly, everything was different – how we socialise, do our jobs, entertain ourselves. Sure, these were largely already done through laptop screens and phones, but the escape hatch was taken away. You no longer had the option to log off and visit the real world.

For more than a year life’s felt like a standstill, with daily news updates that rarely have much comfort to offer. Like Dr Bowman in Day of the Dead’s opening scene, we’re stuck watching the weeks go by, waiting, hoping for something better to emerge, or return. Immediately following this scene, she, Bill (Jarlath Conroy), and Flyboy (Terry Alexander) land outside Fort Myers, Florida and begin calling for survivors. They’re met with a horde of walking corpses, the remains of bustling city life.

What Romero’s zombies represent shifts depending on the characters and the moment. Take the first action sequence in Dawn of the Dead, where SWAT teams crash through an apartment building to contain an outbreak. Trooper (Scott Reiniger) and Peter (Ken Foree) find a number of zombies in the basement, and despite being little immediate threat, they shoot them anyway. 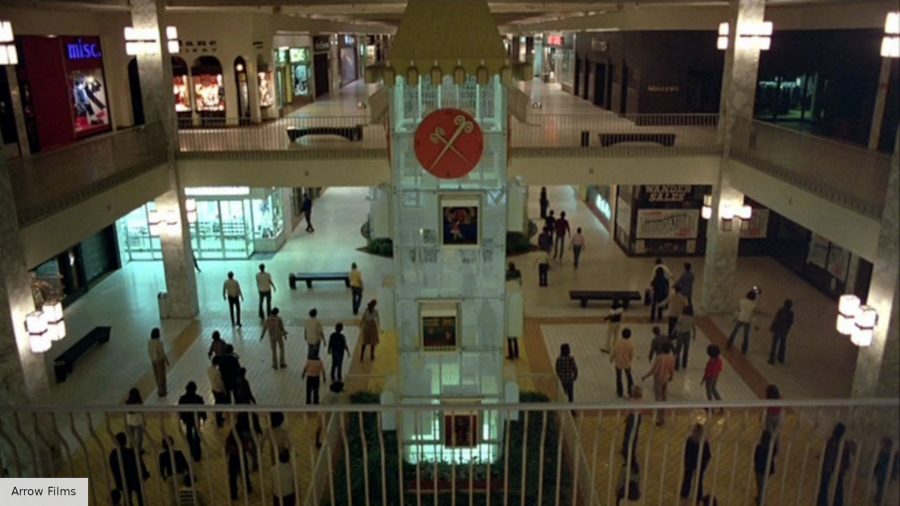 Zombification reflected that these people were already dead by the time the SWAT team were called in, regardless of infection, because orders are orders. Later, in the second act, zombies litter the mall’s stores, their presence standing in for the social anxiety of navigating crowded spaces. In Romero’s universe, zombies maintain some recognisable humanity, ways of easily understanding they were once regular people, too.

Night of the Living Dead balances the encroaching zombie threat with keeping an infected child in the house, playing paranoia and empathy against each other. When a biker gang storms the mall in Dawn of the Dead, zombies become a kind of wicked salvation, tearing apart the leather-clad bandits like they do Rhodes and his men in Day of the Dead’s frenzied climax.

Across his cinematic triptych, Romero keeps our downfall rooted in human perspective. He focuses on individuals, distinct and flawed, and his films are only ever concerned with their limited point-of-view. There’s never a grand explanation of what’s happened, no world-building infodump; just people, making guesses through philosophy, science, or both. 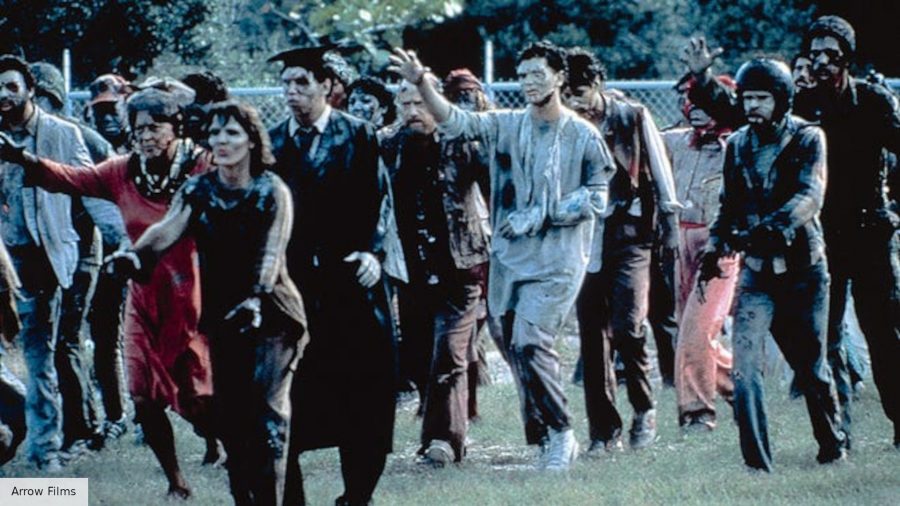 Likewise, his ghouls personify less the infected masses, but an inverted othering. When I watch the Living Dead trilogy, I feel understood in my internalised feeling that I don’t fit in, and probably never will. I’ve had regular conversations with people since lockdowns began about the way they’ve found themselves anxious and afraid in much the same way, because without bars and restaurants and concerts, the silence is deafening.

In Night of the Living Dead, Dawn of the Dead, and Day of the Dead, these feelings are normalised through their own depiction. What if humanity is on the verge of meltdown? What happens then? No question about it, what happens across those movies is bleak, but hope remains. Whether that’s Ben’s (Duane Jones) proactive nature in Night, Peter’s swagger in Dawn, or Flyboy’s belief in paradise in Day, people find reasons to hold some optimism.

The Living Dead trilogy lets me acknowledge my fears, then reminds me I’m not alone as I think I am. I’m sure many of us know what it’s like to be Dr Bowman, waking up in what feels like a prison, wondering what it is to enjoy the outside world again. George A Romero’s Living Dead movies don’t try to convince you that isn’t what’s happening, instead they offer an understanding embrace. And right now, that’s even better. 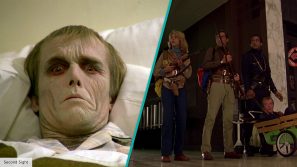 Dawn of the Dead 1978 test screening results show people liked the gore, but not the length
Get involved Continue the conversation over on The Digital Fix Forum