Few Disney movies have made an impact quite like Frozen did upon its release in 2013, with the musical movie dominating the box-office and the airwaves with its delightful tale of sisterhood. The animated movie was so popular that we got a sequel in 2019, but now Kristen Bell, who voices Princess Anna in the animated series, has fuelled the fire around rumours of a third instalment.

As it stands there are no plans for a Frozen 3 release date, but there is certainly a demand for it. Idina Menzel, who provides the voice for Elsa in the family movie, has already spoken about her hopes of returning to the role, and now Bell has joined her.

Speaking to Good Morning America, Bell claimed she would jump at the chance to do a third movie in the franchise, and jokingly said she can’t believe the plans aren’t already in motion. With both Menzel and Bell on board, it would seem the wheels could be starting to turn, so Disney had better get moving.

“I would do it in a heartbeat. I love that family,” Bell said. “Listen if we are both in, what are we waiting for?” Well, it’s a little more complicated than that, you see.

Jennifer Lee, the co-director of both of the Frozen movies has previously stated that she feels the story of both Anna and Elsa has been pretty much completed. And, we’re inclined to agree with that sentiment.

Josh Gad, who voices the snowman Olaf in the kids movies, feels similarly. The actor has claimed that for a Frozen 3 to happen, a very special story would have to come along in order to do the franchise justice.

Kristen Bell is seemingly very enthusiastic about her role as Anna, and has even said in the past that she would make further Frozen movies even if Disney wasn’t on board. At this stage, she may have to. 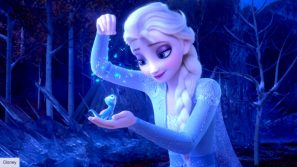 Frozen 3 release date speculation – will Elsa get another sequel?
Get involved Continue the conversation over on The Digital Fix Forum